Home >> Positively Contributors >> Rethinking the “Do As I Say” Attitude: Is It Really the Best Way?

Rethinking the “Do As I Say” Attitude: Is It Really the Best Way? 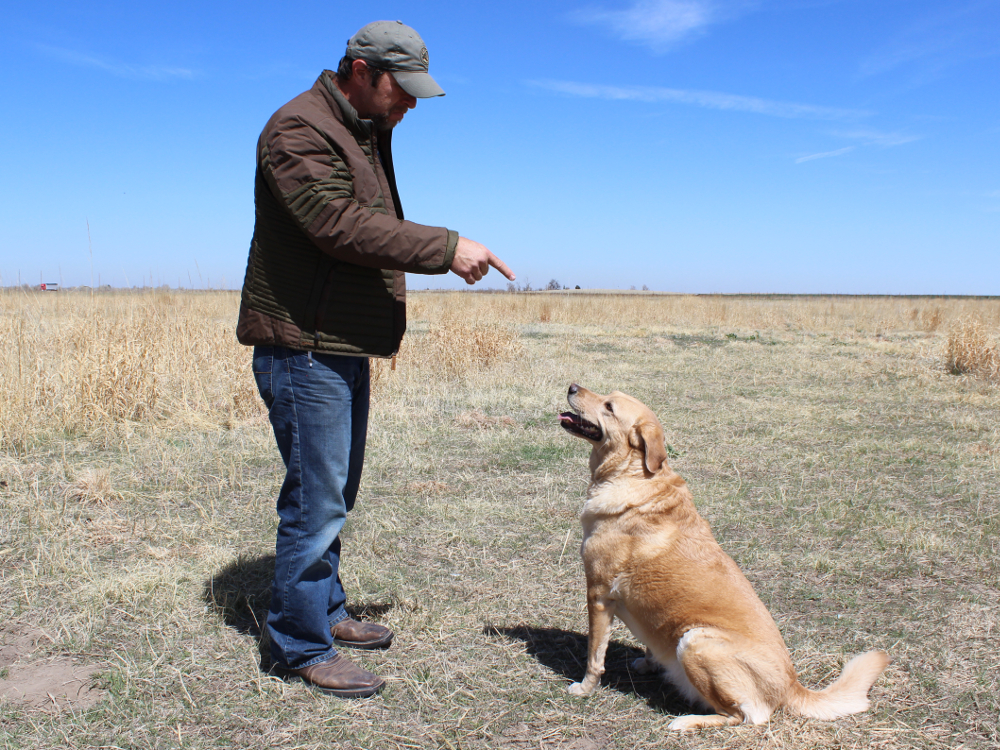 Demonstrating the "do as I say" attitude -- don't worry, neither of us is taking it seriously!

Gun dog trainers understand the importance of developing snappy, reliable skills with the dogs they train. The environments we train for are a smorgasbord of distractions for canines, and a dog that runs off or becomes unresponsive to his hunter can quickly spoil a hunting trip.

In the traditional gun dog training community, building reliability is accomplished by adopting a "do as I say" attitude. After all, if reliability means the dog does what you say, when you say it, every time you say it, then the "do as I say attitude" seems to make sense on the surface. However, as a positive gun dog trainer, I have become convinced that the "do as I say" attitude misses the mark in that it does not take into account an important aspect of a dog's nature.

When it comes to using their behaviors to influence outcomes, dogs are very much like humans (and like pretty much every other animal, for that matter). The fact is, we all are hard-wired to work for a reward.

There are a number of reasons (a paycheck being one of several) that I get up, gulp down a few mugs of coffee and drive to work every day. But one thing is for sure: I do not work just because somebody tells me I have to. In fact, if somebody wanted to make me do something just because they demanded it, they would have to be pretty compelling. They would have to be able to punctuate their “do as I say” mandate with the words “or else,” and they would need a pretty big stick to enforce their will. And if somebody were able to make me work just because they demanded it, I’m pretty sure I would not enjoy my job very much.

Now, there are people in the workforce who have dictatorial bosses. But these workers do not labor because their bosses are dictatorial. They work because: (a) if they persevere, they will get a paycheck; and (b) they fear losing their job. So, while work is getting done, I’m willing to bet those employees would choose different jobs (or at least different bosses)  if they were able. Forced labor (especially if it is enforced labor) destroys the spirit and robs workers of joy in their endeavors.

Since immersing myself in positive reinforcement training years ago, I often have pondered the way human behaviors are encouraged or enforced. An example: I have a difficult time driving the speed limit; it just seems too slow to me. I like to get things done, and if I can get to where I’m going faster and get on with my daily workload, I feel better. It just seems rewarding to me somehow. However, I am compelled by the police to drive the speed limit. If I break a speeding law, they may pull me over and write me a ticket, which will cost me in fines. This in turn will cause my insurance premiums to go up, making my punishment even more expensive. And if I get tickets too often, I will lose my driver’s license, which is critical to my ability to do my job. So, losing my drivers license well could wreck my life. Yet, despite all the possible punishment lurking behind every potential speed trap, I am constantly on the lookout for cop-free opportunities to go a little faster. The fear of punishment just doesn’t do much for me. (I get a kick out of traditionally trained hunting dogs at field trials going nuts when their e-collars come off. Interesting, huh?)

But what if the laws were different? What if police pulled me over every once in a while to congratulate me on staying within the speed limit? And what if they rewarded me with a voucher I could send to my insurance company for a reduced premium? I honestly believe I would seek out opportunities to drive slowly past police to get that reward! Such a system likely would motivate me to slow down.

It is true that dogs are different than humans … but not in this particular way. There is a reason my prize bird dog comes running to me every time she hears me rustle a potato chip bag. It is not because I will punish her if she doesn’t. She wants a chip, and she will bring me a beer from the fridge to get it -- right after she runs on autopilot through sit, down, roll over, speak, shake, play dead and find daddy's truck keys.

But what about reliability? If a dog only obeys for reward, will she be reliable when no reward is present? That question misses an important point.

There is a fact that I am pretty sure every halfway experienced trainer knows, if not on an intellectual level, the surely on an experiential one: When it comes to developing absolute reliability … YOU CAN’T! Dogs are not robots. They are creatures with intelligence, emotions, fears and desires. You can get reliability in general, but there always are limitations. There are drives that both outrank a piece of cheese and override the fear of a shock. Anyone who claims otherwise is selling something.

The most naturally reliable behaviors come when a dog: (1) desires something, and (2) has practiced the behaviors that lead to that something until the behaviors have become ingrained or habitual. The goal of good training should be to weave those two factors into training scenarios. This is where positive training excels.

And then there are those who complain: “I don’t want to have to carry treats in my pocket everywhere I go.” Really? Why not? They don’t take up as much space as the remote control for an e-collar, and your dog likes them. What if your boss said: “I don’t want to have to keep the bank balance high enough to give you a paycheck?” Why do you fully expect a reward and resent your dog’s desire for a piece of Pup-peroni?

Backing away from my facetiousness for a moment: the purpose of treats is not to bribe a dog into action; that is heresy according to any decent positive trainer’s approach. But there is a difference between reward (that is, reminding your dog that a behavior is desirable) and bribery. Bribery is so detrimental that it is frowned upon in most aspects of our society, and it is outlawed in certain sectors. Nobody here is advocating that, neither in human society nor in dog training.

It could be argued that punishment is necessary in society … and perhaps it is. Yet, look at the sheer quantity of unspeakable deeds humans perpetrate. Those deeds fill up court dockets, and subsequently jails and prisons. All of this despite voluminous quantities of “do what I say or else” laws. Are there any “do as I say and something good will happen” laws? None are coming to mind.

And yet reward is essential for motivating people (and dogs). It is one of the joys of life, and it is a key to motivation and productivity (except for maybe in some countries where small children produce tennis shoes for pennies in sweatshops … or else).

The question is not: Can you convince a dog to do what you want by punctuating your command with a press of an “or else” button on an e-collar’s remote control.  The question is: how can we train a dog in a way that makes him want to obey, even when there is no threat of punishment? Put another way: Does the “do as I say or else” philosophy fly in the face of the true nature of dogs?

FetchMasters in Denver, CO, offers a number of workshops and seminars. Of particular importance is their Three-Part Positive Gun Dog Trainer Series. It covers all aspects of upland gun dog training and provides a strong instructional and hands-on foundation, both for those wanting to train their own gun dog and for those wanting to expand their training practice into the positive gun dog niche.

More about Thomas More Articles from Thomas
JOIN THE CONVERSATION

4 thoughts on “Rethinking the “Do As I Say” Attitude: Is It Really the Best Way?”