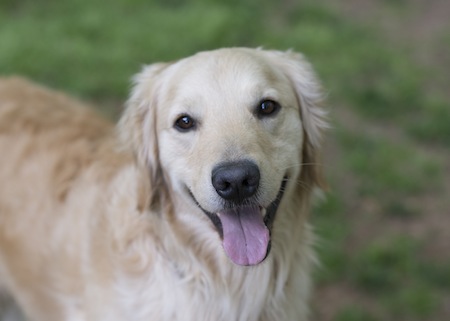 The shocking result of a study on the effects of early neutering in Golden Retrievers was recently released in the online journal Plos One.  Goldens neutered early, before one year of age, were judged more likely to develop hip dysplasia, cruciate ligament tears, and some forms of cancer than those dogs left intact or neutered after a year of age.  Golden lovers began calling and emailing me with questions and concerns as soon as the popular press picked up the story.

Most of the dogs we teach at Canine Assistants are Goldens.  Maybe that’s why people wanted to know my take on the study.  Perhaps I was an easy way to access the opinion of my veterinarian husband, Kent Bruner, whose practice at Canine Assistants consists primarily of Goldens.  Regardless of the reason, I was enthusiastic to review the findings of this research…until, that is, I actually studied the study.

The researchers obtained data on nearly 800 Goldens Retrievers, an enormous number for this type of project.  It is extremely rare to see a study on dogs as a species, let alone on a single breed, with such a large sample size.  But, while the amount of data collected is impressive, the source of the data concerns me deeply.  The dogs were all patients at the Veterinary Medical Hospital, University of California, Davis.

UC Davis is a fantastic veterinary teaching hospital, offering cutting edge care for those breeders and pet parents who want the very best for their animals.  It’s the type of place you turn when your beloved dog needs specialized treatment for major problems such as hip dysplasia, cruciate ligament tears, cancer, and infertility.  All the data collected came from a very small population of dogs---those seen at UC Davis.  That one fact makes any conclusions drawn from the data suspect.

Likewise, committed pet guardians, those who usually neuter early, are the individuals most likely to take their dogs to a veterinary school or specialty center for cancer treatment.  Good breeders, especially Golden breeders, are very committed to breeding only dogs whose bloodline shows no evidence of early cancers.  So, much like with orthopedic issues, the dogs most likely to be seen at a veterinary teaching hospital with cancer are those belonging to guardians who probably, responsibly, neutered them early.

So are the findings of this study valid in any way?  I have absolutely no idea.  There isn’t any way to know for certain unless the same large amount of data can be collected from sources less likely to produce skew the results---meaning a cross-section of all Goldens not just those taken to specialty hospitals.  Previous studies with smaller sample sizes have reported inconsistent results.  So, for now at least, my pet dogs will continue to be spayed or neutered before one-year of age.

PS-Below is a link to the article for those of you who want to read it.

Jennifer is the CEO and founder of Canine Assistants, a non-profit organization that trains and provides service dogs for children and adults with physical disabilities or other special needs. She has written two best-selling books, "In a Dog's Heart" and "Through a Dog's Eyes," and appeared in a PBS special about Canine Assistants.

More about Jennifer More Articles from Jennifer
JOIN THE CONVERSATION

9 thoughts on “Studying the Study”