Reality Check for Carers/Owners of Dogs with ‘Issues’ 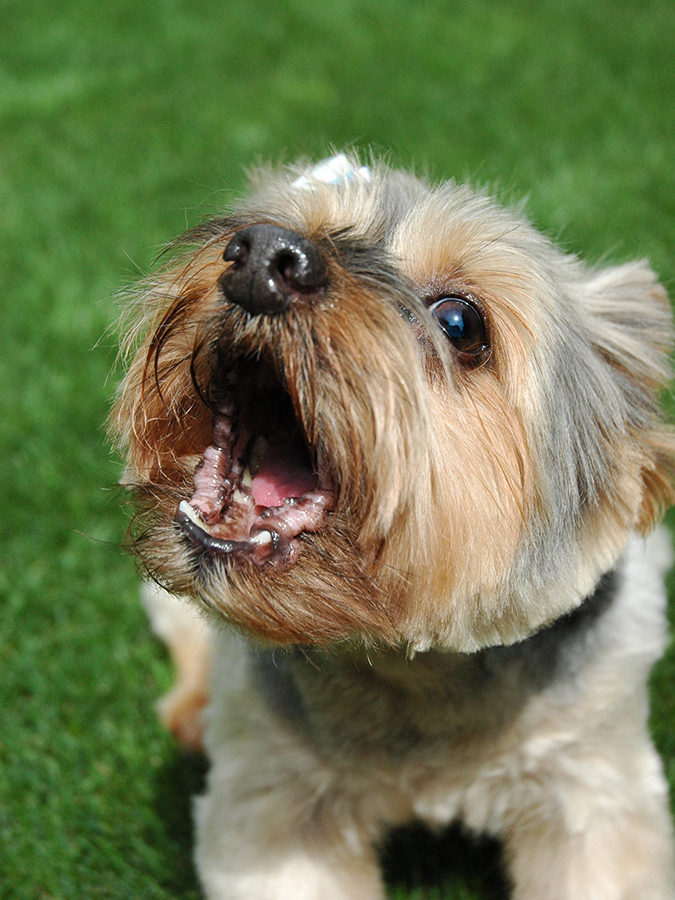 Why do so many clients with fearful or reactive dogs, who often have started off so well, lose heart?

The reason is because they just don’t fully accept the time and work that changing fear-based or guarding behaviors in particular can take.

Teaching people is the easy bit. A large part of my job is about keeping people on track.

We live in an age of devices and gimmicks which make things work quickly or instantly; extra fast broadband, instant online ordering of goods, instant communication and so on.

Changing behavior is to do with having realistic expectations.

But somehow, after a couple of weeks of carefully following instructions and perhaps dramatic improvement, they then may think what the hell, and jump from step 2 to step 10. Now everything has gone pear-shaped.

THINGS CAN ACTUALLY GET WORSE

Another fact to face is that when work that starts off in the right direction is then abandoned or interrupted, things can actually go DOWNhill – even becoming worse than before they started.

Imagine if that you were in constant fear, of attack for instance. Then things start to look safer to you and you dare relax a little. Then, suddenly you discover it was all a con – a sense of false security. You won’t be so easily ‘fooled’ the next time. You will be on extra guard in future. It will take more to convince you another time.

BOY AFRAID OF THE DARK

A friend’s adolescent son was terrified of the dark. His ‘course’ under the advice of a child psychiatrist was for nine months, with daily assignments for the family to work on. Nobody questioned the length of time. I don’t know exactly what the assignments were, but nobody thought it was unreasonable for it to take that long and for everyone in the family to take part and to support him.

Of course, if it ‘doesn’t work’ quickly with a child, we can’t then take him to a shelter for re-homing.

Systematic desensitisation takes a long time, and as it says – is systematic.

If we want success, we simply have to put in the time and effort.

DESIRE TO ACHIEVE A GOAL

None of it is something we can pay a trainer or anybody else to do for us. Rich people’s dogs are no less fearful than the dogs of poor people, are they?

We have to do it ourselves.

Whatever our work commitments or other constraints, anything is possible if we want it badly enough.

Dealing with anxiety and fear is about identifying constantly shifting thresholds. One day the dog may be okay within 10 ft. of a particular dog and the next will start to react at 50 ft.

Ignoring things that cause fear altogether will get us nowhere, but nor will pushing over threshold – flooding.

That line, where the dog is aware but still able to cope – to sniff, eat or play – is the threshold.

There are so many variables dependent upon the dog’s own particular combination of anxieties, location, objects of fear and so on.

A SIMPLE EXAMPLE OF WORKING AT THRESHOLD

An easy example, because it doesn’t move about, is taking a dog that is spooked by noisy young children and walking towards a distant school playground while the children are running about and making a noise, watching the dog carefully. His body language will show the moment he starts to become anxious. This is the distance to STOP and to work on making good associations with children.

Gradually, bit by bit, day by day, week by week, the threshold will get nearer to the playground. This also will be variable upon how many times you do it, on the ‘handlers’ demeanor, just how reactive to other external stimuli the dog is, how calm or stressed he is before setting out and so on.

SOMETHING SOMETIMES HAS TO GIVE

Some dogs, for instance, find everything outside the house terrifying. Then it is a case of desensitizing a dog to the world just outside the front door, or even just inside with the door open.

Now this is a tricky one. How can someone go no further than the front doorstep whilst exercising their dog properly?

Something has to give.

Have they a garden for ball and chase games? Have they a quiet area they can get to by car? Again, there has to be a way if you want it badly enough.

You can’t successfully systematically desensitize just outside the front door whilst later walking the dog down a noisy street full of the very things that scare him.

Which is the lesser of two evils? Lack of exercise or exceeding his threshold?

Lack of exercise can be addressed to some extent if one is creative, whilst exceeding threshold will throw all previous desensitizing work out of the window.

Punishment or gadgets may look like quick solutions – they sure do on TV – but they can cause far worse problems further down the line, with shut-down or erupting elsewhere, very likely by way of increased aggression.

I have been to countless dogs where new owners are trying to make good the sometimes unintentional cruelty of past owners.

I went to a whippet who, in his previous life, had been punished with a shock collar (which beeps a warning first). In his new home, every time that he heard a beep of any sort he would run around the house screaming, trying to escape from he didn’t know what.

Would anyone imagine giving an electric shock to that friend of mine’s child for screaming when the lights were turned out (punishment), or forcing him to be in total darkness for a while (flooding)?

Despite modern behavioral science proving that the use of punishment and aversives is the least efficient way to correct behavior, many people would not question doing to their fearful dog something they wouldn’t dream of doing to a child.

This is especially the case if the fear is manifesting itself in embarrassing aggressive and anti-social responses like barking, lunging, growling or even biting, and people are watching for them to ‘control their dog’.

Certain TV personalities still – unfortunately – promote the out-of-date notion that the use of force solves problems quickly and permanently (good TV) when the opposite is actually true..

What all this means is that, given the right approach, all issues have the potential to be dramatically improved, and many can be totally resolved.

Keeping the ultimate goal held constantly in mind will keep us motivated; holding that image of the life we will achieve for our dogs, in time, should help us through the inevitable tough times.