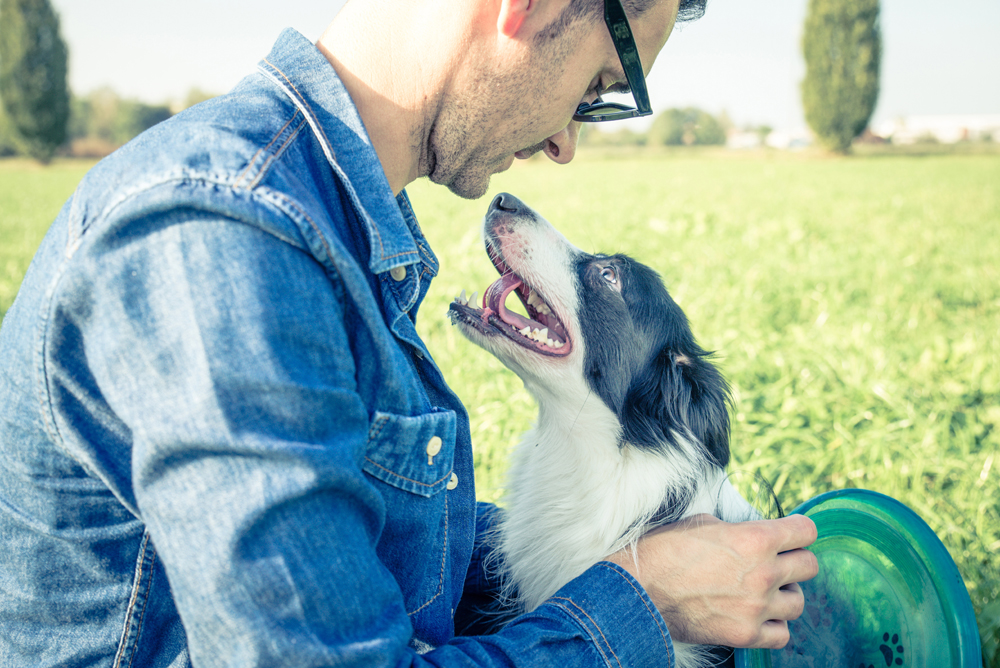 "One Health" is the term used to identify where human and animal health intersect. Increasingly, human and veterinary medicine are working in tandem.

This year, I began a one health campaign called Stop Lyme in conjunction with the American Veterinary Medical Association and the non-profit Global Lyme Alliance.

Lyme disease, and tick diseases in general, are an epidemic according to veterinary parasitologists. Dogs are a sentinel – so in places where dogs are sickened with tick disease, it’s a sure bet that people will be too.

A few years ago, I happened to interview a young woman whose dog was diagnosed with Lyme. A simple blood test alerted her veterinarian to the presence of antibodies. The dog was treated. She was also feeling poorly. Finally, after several doctors suggested everything from the flu to chronic fatigue syndrome, she was diagnosed many months later with Lyme. At the time of my conversation she said she was still suffering the effects a year later.

I thought if a dog is diagnosed with a tick disease, there likely was a person at the other end of the leash – sharing the same environment, and at least one family member might be at risk. And similarly, if a family member is identified with Lyme, perhaps the doctor should ask, “Do you happen to have a dog?”

Dr. Ron DeHaven, AVMA CEO agreed, “More today than ever, we live in the same environment as our pets, and this can be especially true for our children. If Lyme disease is diagnosed in a person, it’s very possible that the family dog has also been exposed, and visa versa.”

DeHaven (who just announced his retirement) continued, “By focusing on disease in animals, we can impact human health as well. This is the basic concept of One Health – that the health of people, animals and the environment are inextricably linked. This is also consistent with our mission statement at AVMA: The mission of the Association is to lead the profession by advocating for it’s members and advancing the science and practice of veterinary medicine to improve human and animal health.

“It’s vital we work alongside physicians to enhance the understanding of diseases affecting human and animal patients,” he added.

On the other side, the non-profit Global Lyme Alliance, which funds Lyme research, will support education. The Global Lyme Alliance has awarded over $7 million for Lyme and tick-borne disease research to date, leading to many advances in prevention, diagnosis and treatment. The Alliance has funded innovative research at many top-tier universities. And also continues to support public education. And since most people have pets, the combined initiative with human medicine and animal medicine makes sense.

“There’s a huge overlap between dogs and people – especially children,” said DeLaMora, who has a Pug and two children. “Working with veterinarians on this initiative makes perfect sense,” she said,” and of course public awareness regarding tick disease is very important.”

We can do more to protect our dogs than we can ourselves. “That’s scary,” said Marks, who has three children. “My pediatrician has never spoken to me about tick disease – hopefully we can change that.”

She added, “It’s true we can protect our pets with many effective products – including new innovations, like a chewable given every 12-weeks called Bravecto, and there’s even a Lyme vaccine for dogs – but none of this is available for people.”

And Lyme and other tick diseases are on the move, increasing their affect to people and pets. There’s more tick disease in more places in America than ever before.

DeLaMora noted, “Not talking about it (tick disease) helps no one. For sure, we need to encourage further research and to pay attention to what’s happening in the environment. Another reason why paying attention to dogs matters.”

Merck Animal Health is supporting this campaign – but it’s not so much about selling product as it is about doing what’s right. Here’s what I mean:

While attending the Western Veterinary Conference in Las Vegas in March, I recently met a veterinary technician from upstate New York, and we were chatting about my idea to launch the StopLyme One Health campaign. She began to weep. “I love being a veterinary technician,” she said. “But I may have to leave my job because I just no longer have the strength. I was diagnosed with Lyme. In some ways, I’m no longer the same person I was. And I’ve learned I’m hardly alone.”

She hugged me, and added, “You will definitely help dogs, and I bet will do even more to help people.”