Protecting the Dogs of War After Their Tour of Duty 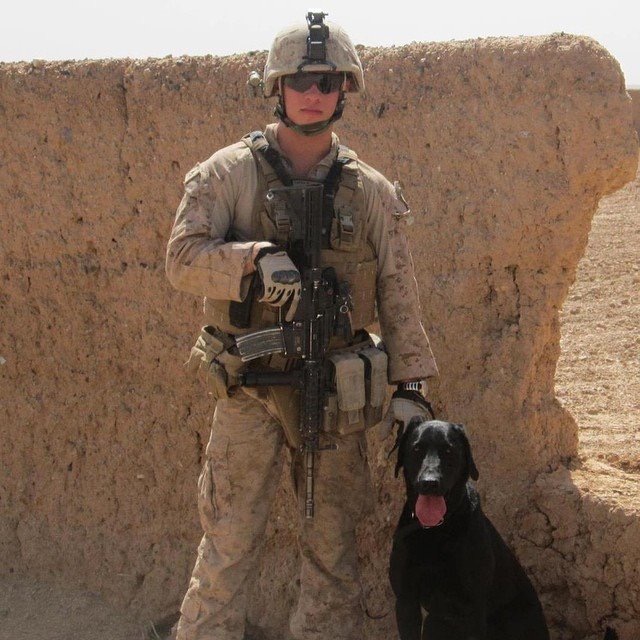 Foster explains how Mick went about his job in the military, as the now retired Lab contentedly lies by his side. “As an IED detection dog, Mick would search for explosives, sweeping an area. I was right behind Sergeant Mick, then behind us was the remainder of the platoon,” explains Foster. “Every day we depended on one another. We did this for nine months. One day, Mick lied down and stared. We knew there was an explosive detected.”

Foster pauses, to compose himself. “He saved my life for sure, and probably the rest of the platoon, 20 other people. Doesn’t he deserve care as he ages?”

Foster pauses again, “Mick means the world to me; I would lay down my life for him. And he did this for me, and he would do again. After what you go through to get your partner back home, I can’t imagine not being to afford to care for him. It would crush me.” 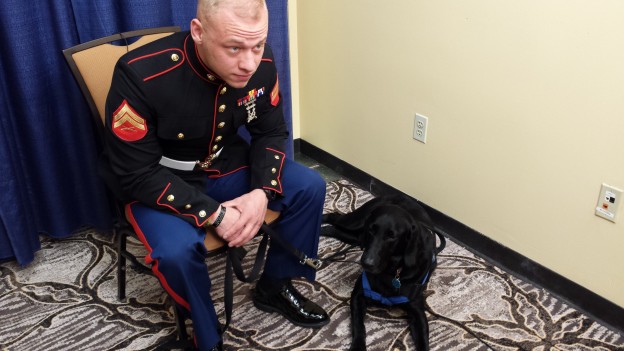 Dogs like Mick, retired from military service, and retired police dogs receive no financial support for their care (unless the owner happens to have pet insurance), until now. The Zoetis (company formerly known as Pfizer Animal Health) RIMADYL K-9 Courage Program will provide owners of retired military working dogs and retired police dogs a $300 debit card to be used for basic veterinary care. In addition, Zoetis made a $10,000 contribution to the Sage Foundation for Dogs Who Serve and the National Police Dog Foundation.

Diane Whetsel is the founder and Board Chair of the non-profit Sage Foundation for Dogs Who Serve. The organization, named for Whetsel’s now deceased dog, mission is to promote the welfare of dogs who have faithfully served (often in harm’s way) in wars, police work, crime prevention, and rescue efforts through education and increased public awareness.

Sage served as a search and rescue dog in Iraq, and among his other noted assignments he worked at the Pentagon on September 11, and helped to search for lost people after Hurricane Katrina.

Shorty after retiring, Sage was diagnosed with two types of cancer – including lung cancer which may have been caused by his work. There was no financial safety net for Whetsel to treat Sage.

Whetsel says, “I felt our hero dogs deserve the best medical care money can buy. I didn’t have the money. A friend began the Sage Fund to raise fund for Sage, then we began the Sage Foundation after that. I don’t want to see the dogs who served our country so valiantly live or die based on the cost of veterinary care.”

“These now aging dogs protect our soldiers, and all of us,” says Dr. Sharon Campbell, senior manager of veterinary services at Zoetis. “They deserve to be pain-free, and they deserve to have medical conditions treated with the best of care.”

For more information about the how to apply for the RIMADYL K-9 Courage Program, or how to help these special dogs, go to www.rimadylk9courage.com.