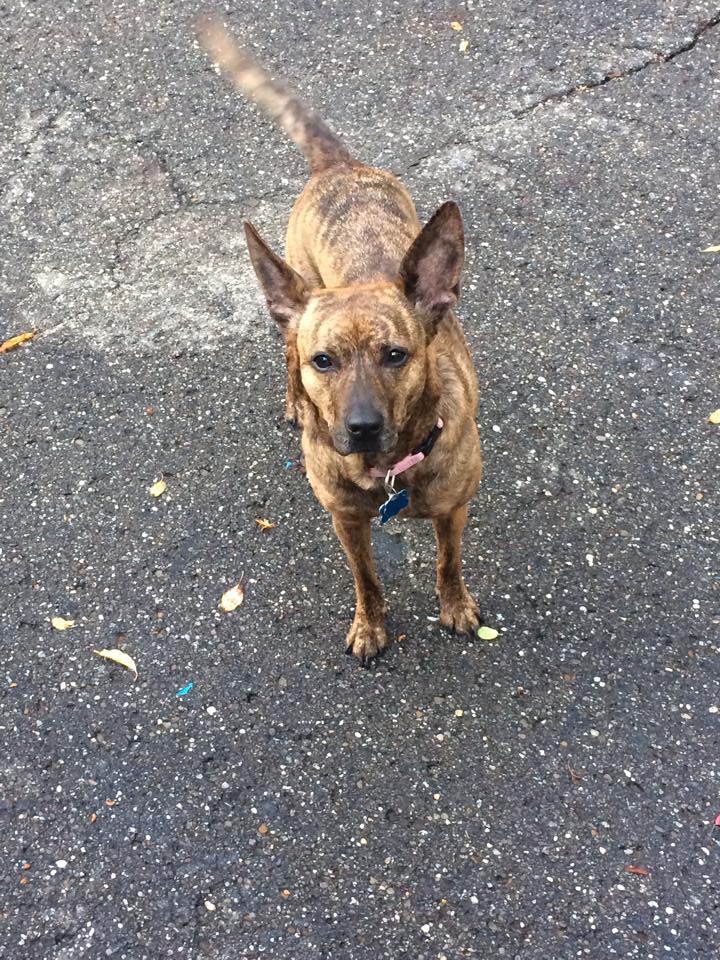 Our dog, Maize (pronounced, Maizey), was found on the streets of downtown Cleveland, Ohio, starving, and nursing puppies. She was clearly abused because she was so hand shy and would drop to her back as soon as someone approached her. Worse yet, she was probably beat with a leash or rope because she cowered every time a leash came near her.

After being taken to animal control, the vet tech program at the college I work for took her and a handful of other dogs and cats to help the students learn how to work on animals. She was spayed by the resident veterinarian while students and techs helped. She also got all of her vaccines, blood work, microchipped, and other check-up stuff done by the college. They said that as soon as she recovered from surgery, she was a lot more relaxed and not so high strung because she might have sensed that she didn't have to worry about puppies again.

In the spring, when the academic year ended, Maize and all of the other animals were put up for adoption. We were looking for another dog, saw that her brindle coat matched our old boy's brindle, and decided to see if she would fit into our family.

Right away, she fell in love with my then 4 year old daughter. I think she could sense that kids were okay and not out to hurt her. Our old dog, Blue (who has since passed away), and her got along. So we knew she'd fit in.

It took a lot of patience to get her to relax, especially around men. My husband would just sit quietly in the same room with her and sometimes offer treats. After a couple months, she figured out that her human dad is awesome and loves her very much. No more cowering!

We also worked with the leash issue. We associated the leash with treats. At first, we put the treats on the leash and over a few weeks were able to put one on her.

We love our little brindle mystery mix breed dog. She's so smart and is such a lovable thing. I can't believe anyone would want to hurt her. She will never have to worry about that ever again. She will always have a warm and safe place to be loved.