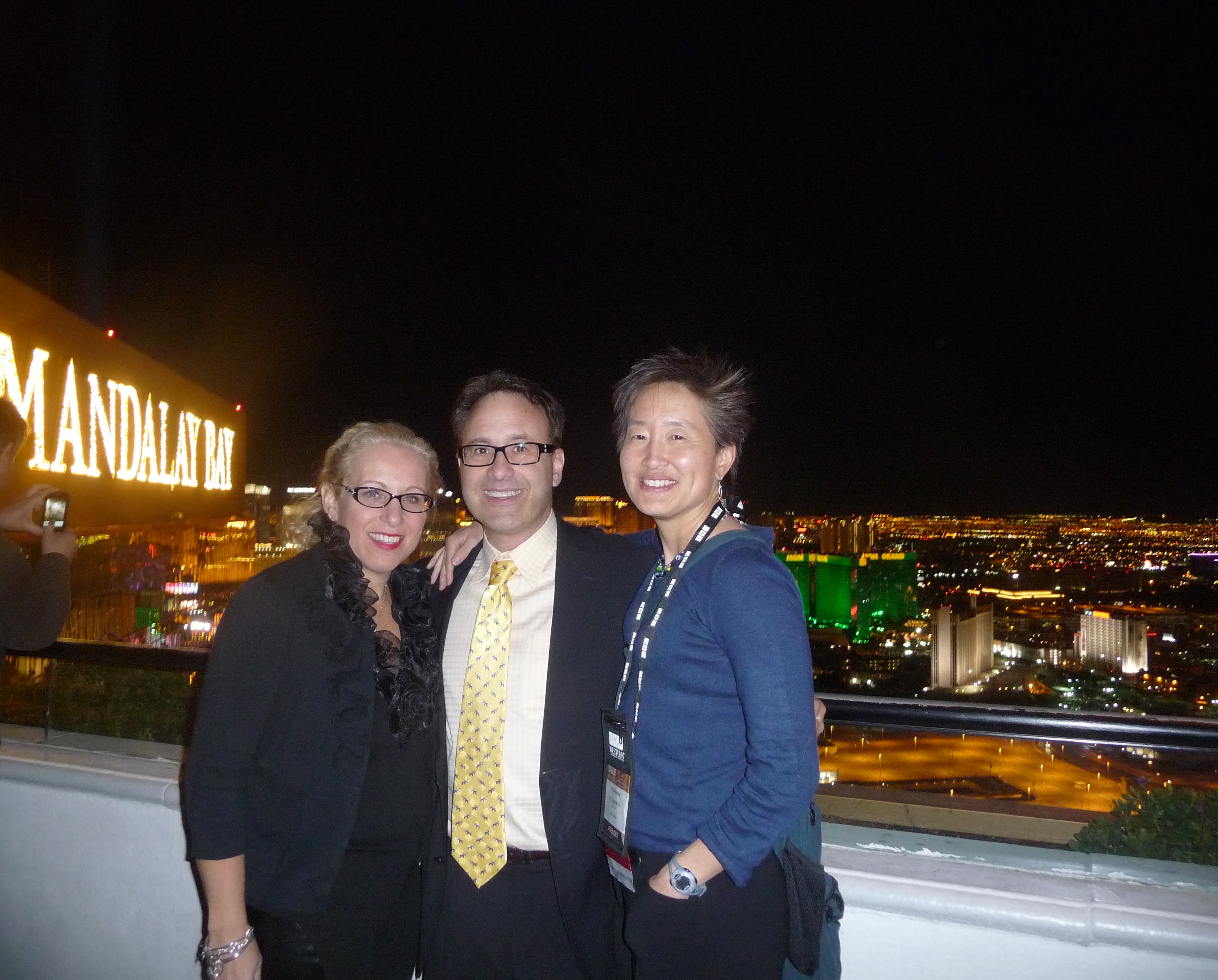 Dr. Yin with me and my wife from Western Veterinary Conference. (Photo: Steve Dale)

On September 28, Yin, 48, who authored handouts, DVD’s and books for both professionals as well as for pet owners, committed suicide in her Davis, CA home. The veterinary and dog training world is still reeling.

Dr. Sophia Yin, an applied animal behaviorist, was one of the first to join my public outcry of a popular dog trainer's emphasis on forceful, aversive dog training as well as conveying misleading messages regarding dog behavior. Yin was never afraid to speak her him, particularly if animals benefited.

In a 2006 column, Yin told me that punishment and dominance trainers claim that they make themselves 'pack leaders,' but that "That’s not the case. What [they're] really doing (called learned helplessness) is like if you’re afraid of spiders and freaking out because they’re all around you. But you’re being forcibly restrained. You finally realize you are helpless; you can’t do a thing about it. You finally give up. But that doesn’t mean you are any less anxious. In fact, you are likely to be more afraid. Forcible techniques don’t help, except to intensify fear.”

Yin conceded that even professionals continue to use forceful techniques. In 2005 she told me, “I want to change the way some veterinarians, technicians, dog trainers and groomers deal with their clients – it’s animal abuse and it’s wrong.”

In 2009 Yin released a 470-page book (it includes 1,600 color images and an instructional DVD), “Low Stress Handling, Restraint and Behavior Modification of Dogs & Cats” (CattleDog Publishing, Davis, CA; $118). By offering gentle handing alternatives to forceful methods, countless veterinarians, veterinary technicians, groomers and dog trainers no longer scruff cats by the back of their necks or forcibly turn dogs on their backs to simply clip their nails.

Yin was tenacious in her determination to change what even she once learned as ‘best practices,’ to a far more humane and thoughtful approach. Yin was on the road constantly, speaking a veterinary, dog training and animal welfare around the globe to communicate her messages.

Another passion we shared are early socialization classes for kittens. “Of course, cats can learn at any age,” she began in a conversation from 2009. “But they are sponges when they are very young – and like dogs, that is ideally the best time to start. We can easily train cats to love going into their carriers.”

She continued, “Leave out the carrier, sprinkle some of the meal outside the carrier, but then put the entire meal in there. Soon, put surprising treats inside. It won’t be long before the cat will even be sleeping inside the carrier.”

She added, “In the kitten classes, we also teach the kittens to like getting pills using one of those devises called a pill gun. We put some moist food or baby food on it. The cat will learn when he sees this, he’s getting something really good.” 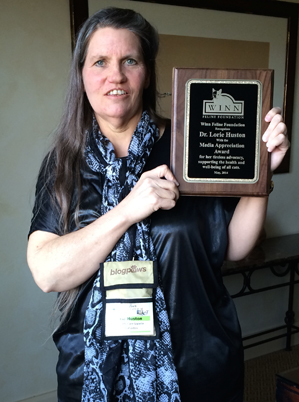 Earlier this year Yin said, “Science demonstrates that motivation matters most – dogs can cats will want to do whatever it is we ask if it is fun and we find a way to motivate them.”

On September 30, the veterinary world experienced another stunning loss, Dr. Lorie Huston, 54, of Providence, RI succumbed to liver disease. Huston was managing the disease well, and looking forward to continuing as President of the Cat Writers’ Association. Huston was perhaps the first veterinarian to pounce on the idea of authoring pet blogs as a way to communicate to the general public. She was a pioneer with a pet blogging community called BlogPaws and authored a blog called Pet Health Care Gazette. She was also a blogger for Examiner.com and petMD.

Few veterinarians will ever enjoy public reach equal to either Yin or Huston. After receiving the Winn Feline Foundation Media Appreciation Award at the BlogPaws conference in Lake Las Vegas, NV this past May, Huston said on my national radio show, Steve Dale’s Pet World, “What we know now about cat health is more than we knew even only a few years ago as a result of Winn funding. And blogs from Winn, and if also maybe my own blogs can make a small difference to help people better to understand their cats and dogs, I’ve achieved a little something.”

Huston and Yin’s contributions – weren’t small or little, they were enormous.

8 thoughts on “One Month, Two Great Losses in Veterinary Behavior”