Home >> Positively Contributors >> On Grieving a Dog You Rescued

On Grieving a Dog You Rescued 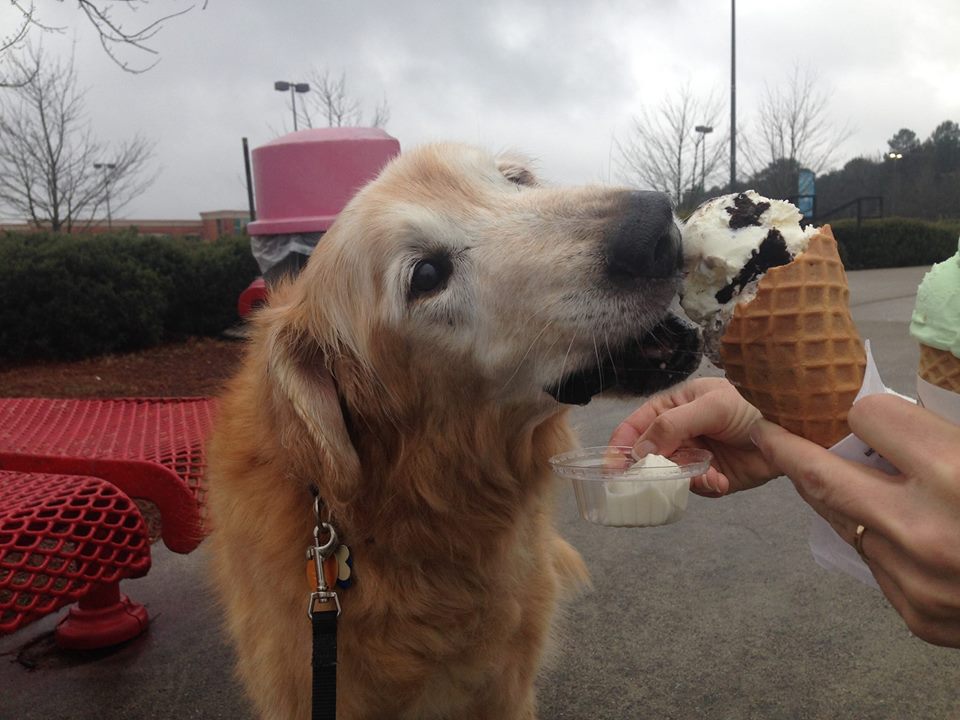 Tuck enjoying his last day before crossing the Rainbow Bridge.

There are few things that compare to the heartbreak of losing a dog. But what happens when it's not "your" dog, but rather a dog you saved from death days, months, or years ago and then found a forever home for? It seems that I'm not the only one going through this struggle, so I've decided to share my story in the hopes that it may help others through their grief.

I've been rescuing and fostering homeless dogs since I was a child. I always felt that if I could do something for a dog in need, it was my responsibility to do it. So I guess it was only a matter of time before I had to say goodbye to one of the dogs that started his journey with me.

Tuck was a purebred Golden Retriever that ended up at a local animal control facility, where he was picked up as a stray in horrendous condition. He was a senior, and was weak, emaciated, and almost completely hairless. He had a host of medical issues, and no one was sure if he could even be saved.

Thanks to the help of Golden Retriever Rescue in Atlanta, I was able to pick up Tuck from the shelter, and we started him on the road to recovery. He was in the worst condition I've ever seen a dog, and I covered him in a blanket in my car as we headed to his first vet appointment. Despite the pain he was in, I could hear his tail happily thumping in the backseat. That was a good cry! He stayed with me briefly while the rescue found a long-term foster home, and he was eventually adopted by a wonderful family. Click here to read more about Tuck's story.

I found out recently that Tuck's health was rapidly declining. Although he had completely recovered from the neglect of his past, he was still a senior dog and only had limited time to begin with. I never expected him to live as long as he did, but when the time came, it still didn't seem fair.

Tuck had a wonderful last day with his amazing adoptive family, and peacefully passed away. It was the first time I've had to deal with the death of a dog I rescued, and I was surprised by how hard it was to deal with the loss, even though I hadn't seen him since he was adopted.

I've come up with a few thoughts that I hope will help others in the same position.

1) You did your job. As a rescuer or a foster, your job in each dog's life comes to an end. Whether you're still their primary caregiver in the end or you've passed that torch on to an adopter, cherish the role you played in that dog's life.

2) You changed lives. Of course, you changed the dog's life. But you would be amazed by how many people can be affected by an animal throughout the course of that animal's journey with us. It might be something subtle, like teaching someone about the plight of shelter dogs. For others, that dog may have actually saved someone's life. Be proud that you were even a small part of that journey.

3) You made a happy ending possible. A dog's life may be spinning on a terrible trajectory, but your intervention changes everything. Overnight, a dog can go from shaking in a shelter to being loved and cherished in a caring home. You made that possible.

Dogs handle death better than we do. They live so gratefully in the present that even a few days knowing love and safety outshines the years of abuse or neglect that they may have experienced before you. They live and die with peace in their hearts, and we can't ask for anything more than that.

If they could, I bet they'd pat us on the back and say, "job well done." I sure hope my Tuck thinks so.

One thought on “On Grieving a Dog You Rescued”