No Need to Declaw 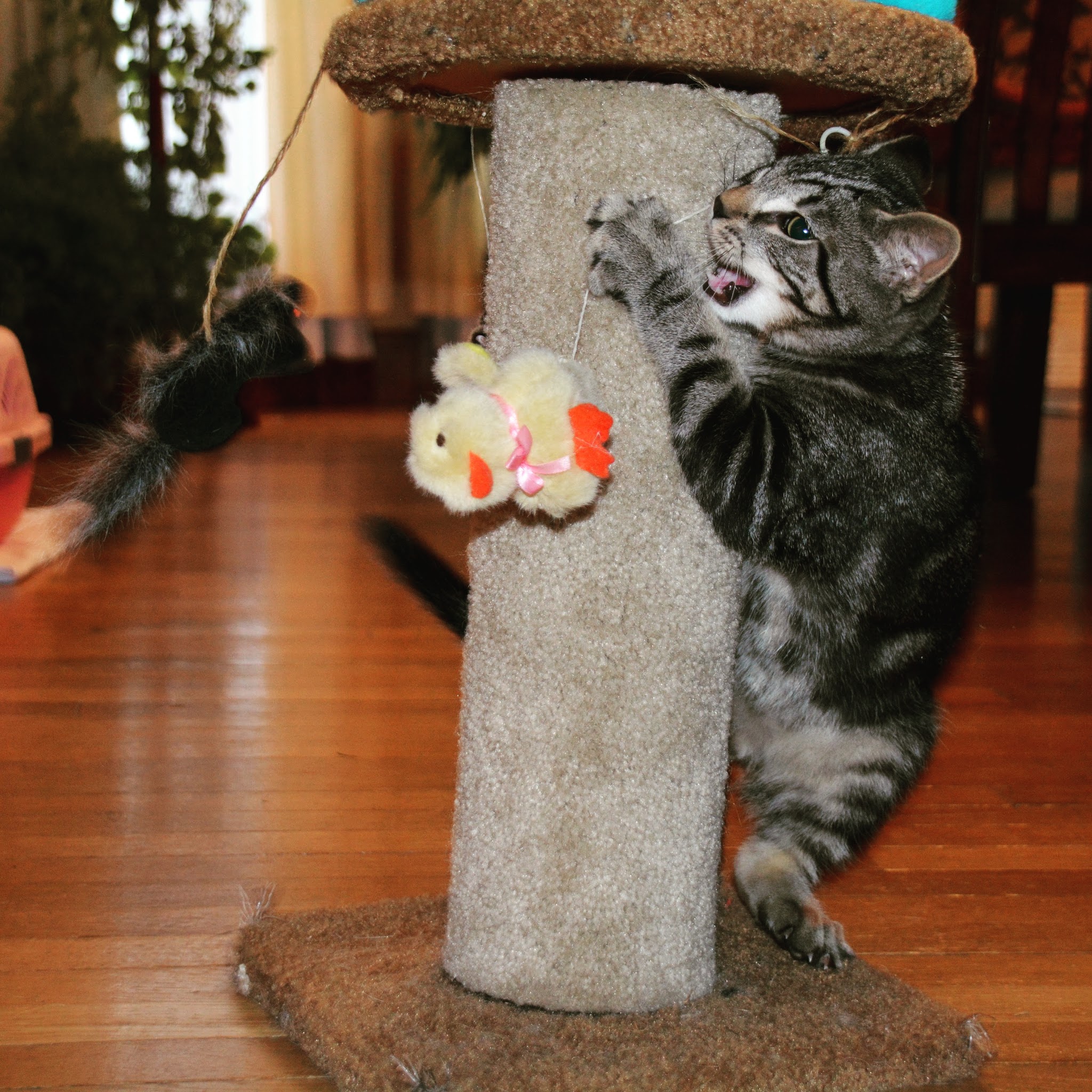 Saving cats claws may also save their lives.

There’s increasing data to demonstrate that once declawed, cats wind up at animal shelters due to behavioral problems. Or they may wind up in animal shelters because they do have their claws and are scratching in all the wrong places.

To declaw remains an emotional issue, and it seems the United States is making moves to gain on the rest of the world.

Dr. Aubrey Lavizzo, a retired veterinarian and owner of the Center for Animal Wellness in Denver, is the Colorado representative for the national nonprofit advocate for cats and activist organization to support banning of declaw, called The Paw Project. Lavizzo said, “It was tough to get this through.”

Denver cat owners appeared to be overwhelmingly supportive of the notion of no declaw.
The only significant opposition to no declaw was primarily organized veterinary medicine, with the Colorado Veterinary Medical Association (CVMA) in the lead. While the CVMA never stated, or even hinted, they are for declaw; they clearly wanted wiggle room so individual veterinarians can decide for themselves and practice medicine as they see fit. The CVMA pointed to limited data on the topic. For example, they suggested that while there is pain following surgery, pain relief meds help cats to recover in the short term.

Sure, pain meds help. But, do they help enough?

“Absolutely not,” admonished Dr. Robin Downing, a founder of the International Veterinary Academy of Pain Management, and internationally renowned expert on pain and pain management for companion animals. Her testimony was rousing, with facts and passion.

A U.S. veteran spoke at the open City Hall meeting. He pointed out that he has no association with anyone on either side of the argument, and he wanted to explain that he feels pain at the site of his missing toe every day. The experience of feeling pain in limbs that are not there is referred to as phantom pain.

If he feels it, why wouldn’t a cat? We don’t know the answer to that. We also don’t know the long-term effects of declaw, but research now suggests that these effects exist and might result in a lifetime of pain and even behavior problems in some cats, which may lead to a cat losing his or her home.

Lavizzo said the CVMA mostly expressed repeated concerns about being regulated. Finally, a councilperson noted that if the (veterinary) industry regulated itself, public officials wouldn’t need to step in for the benefit of cats.

Frustrated cat owners have previously chosen declaw, perhaps unaware that this is an amputation of the third phalanx. Various tools are used by veterinary professionals to declaw, but no matter how you cut it, a declaw—also called an onychectomy—is an amputation. During the surgery, the veterinarian amputates the end section of the last bone, which contains the growth plate along the nail.

One argument against the bill was that immunosuppressed individuals may be affected by scratches, which Lavizzo called an “absolute fallacy.” Lavizzo pointed to several sources, including a 2017 National Institutes of Health paper, Guidelines for Prevention and Treatment of Opportunistic Infections in HIV-Infected Adults and Adolescents, which stated, “Declawing is not advised.”

Lavizzo noted that, of course, if there is a medical condition, such as cancer, requiring an amputation of a single digit or some digits, veterinarians can continue to do what they believe is medically correct under the new Denver law.

“To my knowledge there has never been a recorded case of any cat ever having had infection, injury, cancer, etc, in all 10 of its front toes so that an amputation [of all 10] would be required,” he said.

When cats scratch (which all cats are born with the need to do), they leave both an aromatic message (depositing pheromones) and a visual message, seeing what’s been scratched. 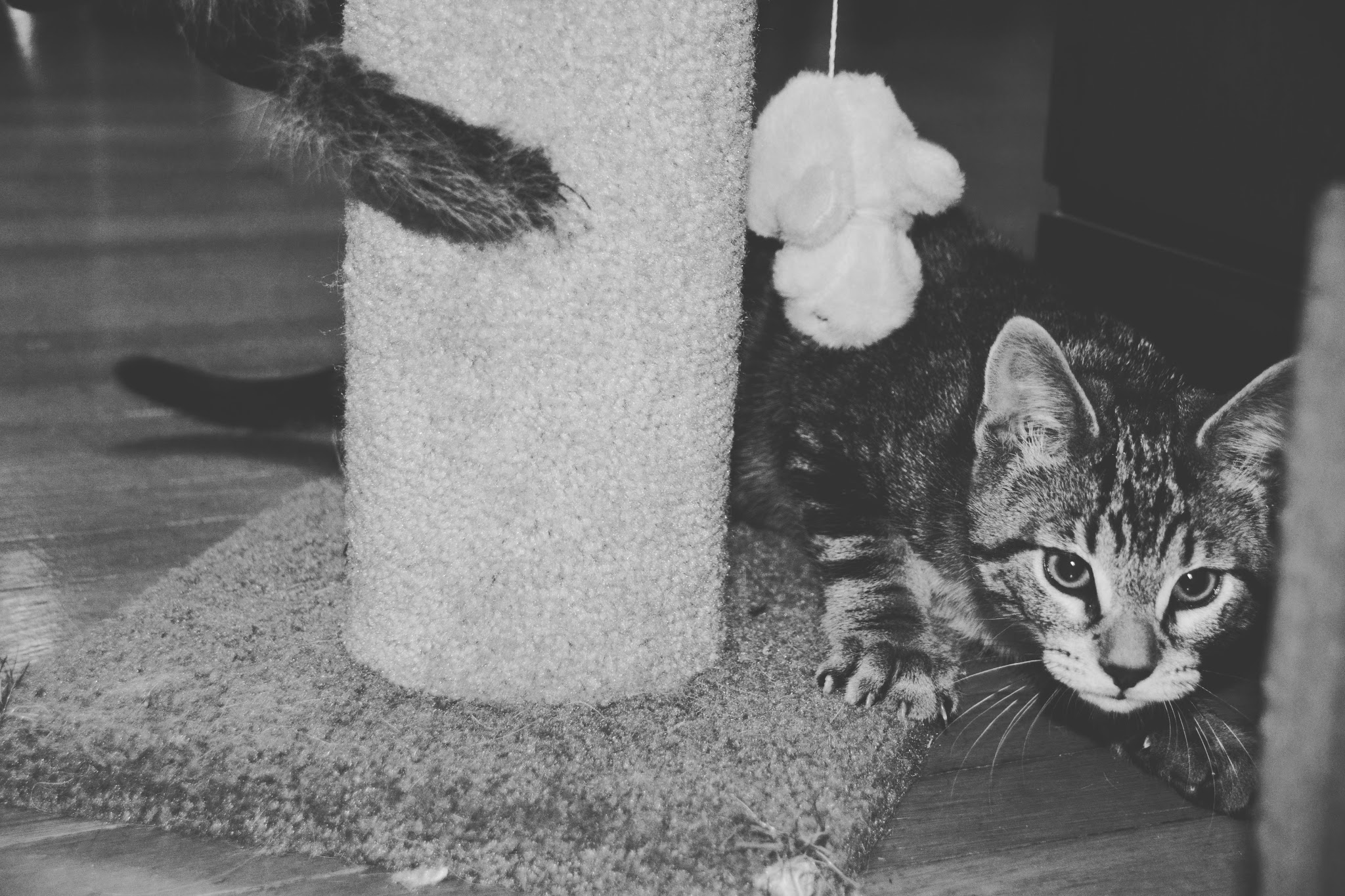 The ability to offer this aromatic and visual communication is important – if not downright necessary – for cats to feel secure in their environments.

Feliscratch, a new product in the U.S., may be one solution to attract cats to their vertical posts. Feliscratch is a blue liquid that is applied to a scratching post. The liquid contains a synthetic copy of the natural pheromone cats deposit from their paws when they scratch as well as catnip to attract them to the post. The blue dye serves as a flag, a visual indicator that the post has been scratched.

Does this theory pan out? Absolutely. According to one study, the product works for eight of ten cats already scratching (where you don’t want them to), and nine of ten newly adopted kittens.

In addition to using Feliscratch, add to your odds of success by:

Choosing a scratching post that is both sturdy, and high enough to reach up for a good stretch in the first place.

Individual choices on desired scratching materials vary, but sisal around the vertical post is the most commonly preferred.

Have one post per cat (or as close as you can come to that ideal).

Position the new post (to be treated with Feliscratch) near where a cat may be currently inappropriately scratching, such as a sofa.

As you would when potty training a puppy, do reward with praise and/or a tasty treat when kitty scratches where you like.

It’s also helpful to make the place where the cat is inappropriately scratching uncomfortable.

If the cat is scratching at stereo speakers or the side of a chair, for example, double-stick tape or a manufactured product (which is like double-stick tape) called Sticky Paws will help to deter. Cats don’t like sticky feeling on their paws. If it’s an entire sofa or large chair in question, drape car mats upside down (nubby side up) or the plastic that an office chair slides on (also nubby side up) over the furniture. Cats won’t attempt to walk on this, it’s uncomfortable, and it’s impossible to scratch. However, offering a nearby scratching post and Feliscratch to attract the cat there is still key. Without a suitable alternative, the cat will just scratch somewhere else you won’t likely appreciate, such as a sofa in another room.

In a multi-cat home, if there’s inter-cat tension, simultaneously use Feliway Multi-Cat, and consider seeking a consultation from a veterinary behaviorist, veterinary technician certified in animal behavior or certified cat behavior consultant.

The above technique encourages cats to scratch where you want, and discourages the behavior you don’t want – without resorting to hollering at the cat, and certainly not physically punishing the cat (such as scruffing), which the only impact may be fracturing the human animal bond.

From the AAFP, “There are inherent risks and complications with declawing that increase with age such as acute pain, infection, nerve trauma, as well as long term complications like lameness, behavioral problems, and chronic neuropathic pain.”

I’m unsure how it became acceptable in the U.S. to electively amputate. Behavior modification was always, and continues to be a suitable and more humane alternative. Feliscratch is an alternative that speeds up the process of attracting cats to scratching posts, and save lives.