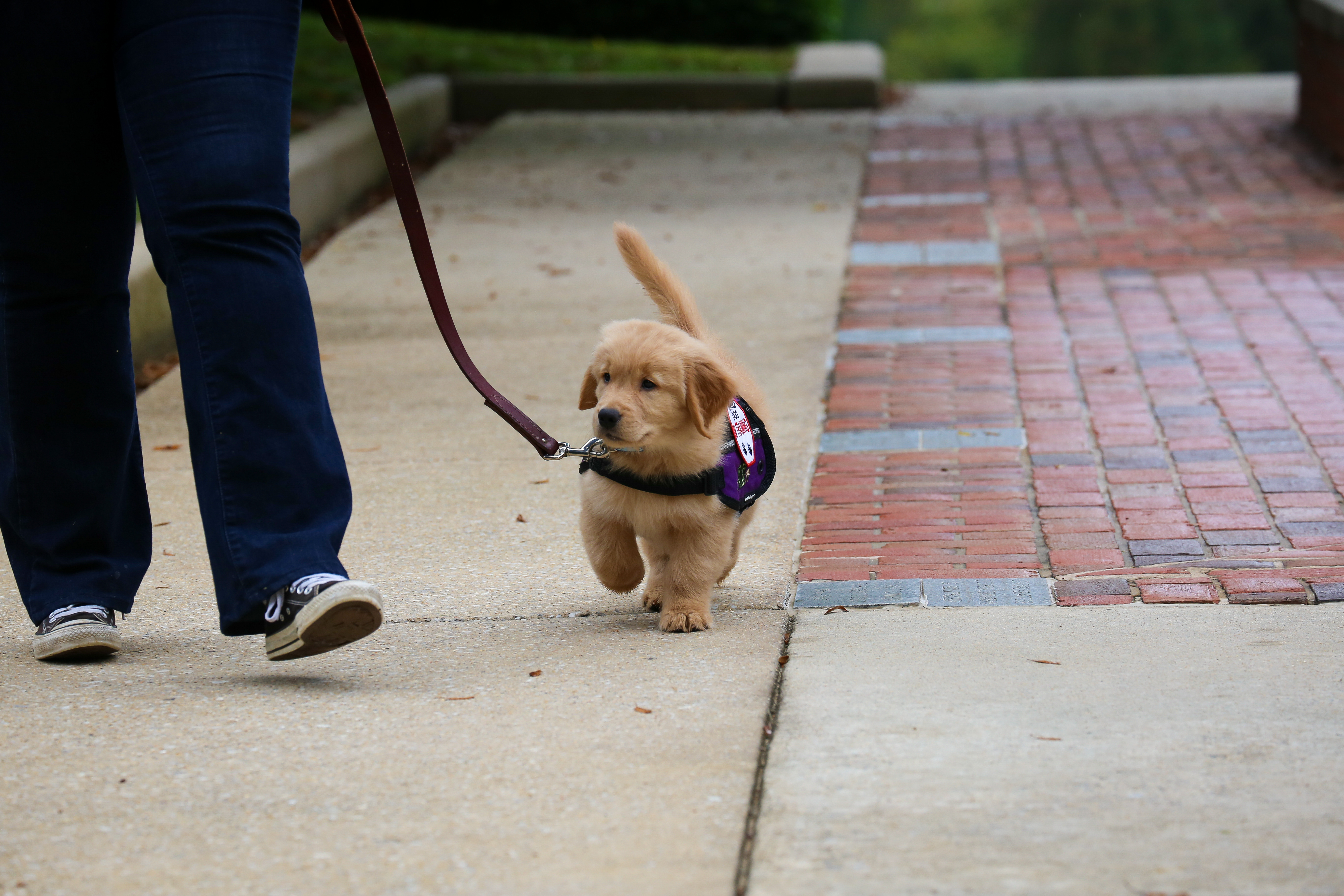 VSPDT Abigail Witthauer explores dog training without the use of cues.

We’ve been playing a little game at Roverchase, my dog training and behavior facility in Birmingham, Alabama. It was inspired by my friends Judy Luther and Jennifer Arnold and their Bond Based Choice Teaching program. We have called it “cue fasting” with our clients and we now require a “cue fast” for all of our clients when they begin training with us. We’ve decided to take the game up a notch in what we are calling “No Cue November.” We’d like to invite all of you to play with us and share your results! (See information on how to participate at the end of this article).

The game came about as we began to really think about the latest research on canine cognition and behavior and what it really means to us as we live, love, and teach our beloved companions. We started to be more aware of our language with our dogs. My staff trainers and I were pretty amazed at how much we ask dogs to do and how socially unacceptable our language would be if we were talking to each other. I encourage you to record your next 10-minute interaction with your dog, while you’re feeding dinner, or preparing for a walk, or even during a training session. Play it back, and imagine you were talking to your close friend or partner. This is what it sounded like with us:

There were treats given liberally, lots of praise, and a happy tone. Our dogs were happy to work and showed what is generally accepted to be normal levels of excitement and socialization. So, I decided to do a little experiment on my interns (bless them, they are often unknowing guinea pigs). I decided that I was going to start asking them for behaviors like we did with our training dogs. My experiment took place in a group training class where my interns were observing. I was teaching the class and our interaction looked something like this:

Grab some paper towels. Thank you! Mop that up (with a finger point). Thanks! Cut up some more treats. Awesome, thank you. Step over there. Great! Assist this client. Thanks…

After approximately 7 minutes my intern exited the training area to “cool off.” She was stressed and frustrated and not very happy with me. But why? I gave all my cues in a happy, positive voice. I promptly and genuinely thanked her every time. I was clear. I even smiled. I pay her quite well for her work and additionally her experience and educational needs are being met. We even spend time together outside of work having lunch, going for a walk, or seeing a movie. It’s not that all of our interactions were like the above example, so why so much frustration? I asked my intern, and she exasperatedly but respectfully told me I was being bossy and unkind. I think anyone in relationship with another person would have the same conclusion after such an interaction.

So, we began to question. Does the idea of throwing out traditional cues actually make sense given the latest scientific research on canine cognition and behavior? We found that it absolutely did! We now know that dogs are brilliant at mimicking behavior (see this link). We also know that our pet dogs bond to us in the same way pre-verbal children bond with us (see this link). The latest research is also showing us time and time again that it’s the bond, not the perfectly delivered cue/reward, which actually influences our dog’s behavior (see this link). Changing my view of traditional behaviorism cues was really hard for me! I pride myself on my education in canine cognition and behavior modification. I have spent more than half my life dedicated to my education in the science of canine behavior and behavior modification. Antecedent à Behavior à Consequence is a beloved concept for me. It has long been planned as my next tattoo. Charting behaviors through this framework has been one of the major pillars of my practice for most of my life. However, in the face of the latest research as well as the anecdotal evidence found in my own very large behavior practice; I realized we had to make a change. So we did and the results were pretty extraordinary.

We began by throwing out all traditional cue/reward scenarios. The new protocol: all cues must be given in complete, open ended, sentences. For example: “Sit” was replaced with “Would you like to sit down?” “Let’s go” was replaced with “Would you like to walk to _________ with me?” “Tug” was replaced with “Would you like to tug on this?” Each of the new cues was followed by showing the dog a few times and encouraging mimicking. The brilliance of this concept is that if the dog fails to perform, it’s completely acceptable. If you asked a question, no is a completely acceptable answer. We also stopped worrying so much about rewards. Food, play, praise, and social interaction were all freely given without much thought of the traditional behaviorism reinforcement system. We just didn’t worry much about accidental reinforcement or reinforcing undesirable behaviors. You know what? It worked!   Not only did it work, but we also discovered some pretty amazing things that happened

First, the dog’s compliance skyrocketed! This makes sense though, given what we now know about relationship being the driving force behind compliance versus perfectly executed cue/reward behaviorism. Questions are much more relational than commands. Secondly, by demonstrating behaviors we wanted, rather than playing the “guessing game” of traditional shaping, we found faster learning as well as significantly less anxiety. Let me be clear, our dogs weren’t “anxious” in the negative sense of the word, but they were so eager to earn our cue/reward system that they were always on alert, always waiting for the next opportunity to earn their reward, to hit the next jackpot, and to please us yet again. We found that within a week of our “cue fast” our dogs were much more likely to maintain steady behavior and truly relax rather than just “faking” relaxation. A prime example of this is on our traditional mat settle behavior. We found that we rarely needed this behavior because the dogs were relaxing so much more on their own. When we did ask for the behavior, the dogs were much more likely to maintain a truly relaxed position for a much longer period of time and with much more distracting stimuli. Finally, we found that our human clients were much happier. What we had inadvertently produced was a human client that was much more empathetic to their pet’s emotional needs. With that empathy came better expectations for their dog as well as higher compliance from their dog. The human’s empathy to their dog’s emotional needs had produced a higher secure attachment bond which, in turn, created a dog who was more likely to follow their human’s social cues.

Truthfully, the dramatic change that we saw with our dogs and their owners was astonishing. When we first started this, we were very concerned about what we were going to do about undesirable behaviors, but we were really shocked to find that we really had no issue with this. Once we changed to social questions rather than traditional behaviorism cues we saw, not only a dramatic decrease in undesirable behaviors, but we also found that the dog/human relationship had improved so greatly that management of these behaviors was much easier.

It is with all of this in mind that I invite you to participate in No Cue November to see for yourself how this new framework of teaching can improve the lives of both you and your dog! You can join the No Cue November Facebook Page at https://www.facebook.com/events/1092073507469935/ to share your experiences, ask questions, and learn from other community members. We will be using the #nocuenovember hashtag on all social media pages. We look forward to enjoying this event with all o

Abigail resides in Birmingham, Alabama where she owns Roverchase, a large dog training and care facility. Abigail has been training dogs professionally for 15 years and resides with several animals, most famously, Mr. Big the Chihuahua (Instagram @MrBigChihuahua).

More about Abigail More Articles from Abigail
JOIN THE CONVERSATION

5 thoughts on “No Cue November”