My Breed is “Special” 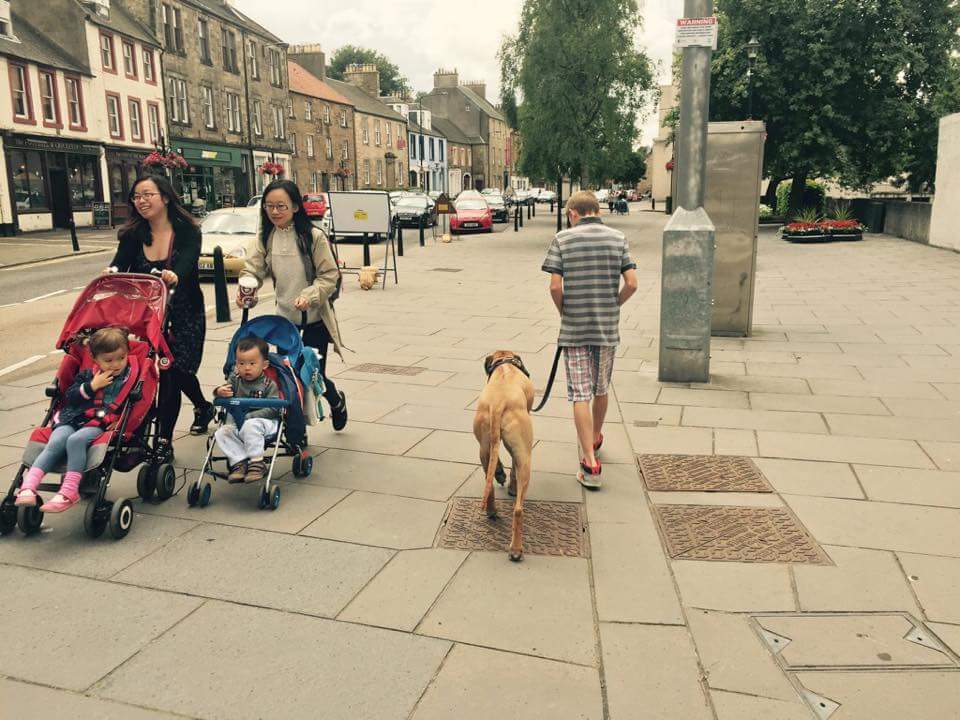 This has been one of my most annoying pet peeves for my entire existence in the dog world. The breed enthusiast that takes it to a whole new level. But sadly, it’s not as uncommon that one might think and it’s most certainly not limited to any one breed. Those of us who work with a wide variety of breeds day in and day out are familiar with this attitude. The ‘specialness” of a certain breed that means that breed should be trained with different methods and/or be owned by special people who understand the breed’s needs and fed a certain special way that ONLY that special breed needs. Mythbuster time here!

Behavior is behavior is behavior. It's as simple as that. Of course breed traits can be important. Many dogs bred for a certain job want to do that job or something similar to that job. But they don’t have to in order to live fulfilling and happy lives. And breed traits are potentially going to exhibit themselves in varying degrees or not at all, among a wide range of dogs of any given breed. But even when these breed traits do show themselves, that certainly doesn’t mean that only a very small segment of society should parent those particular breeds. One only need to have some common sense and the willingness to learn about the individual dog that they chose to parent. If a special kind of person who is only familiar with every aspect of a particular breed were required to parent any given breed, then there certainly would not be so many successful stories to share.

Remember Skidboot the Australian Cattle Dog, also known as a Blue Heeler? This is purported to be one of the most challenging breeds on this earth. Yet this man who had zero professionally obtained dog behavior knowledge managed to train his dog so wonderfully that he became a legend. How did he do this successfully? Very simply, he had a good relationship with his dog. They communicated effectively. He listened. The dog listened. It all worked. For more on Skidboot, click here.

You are probably wondering at this point whether I am really advising that everyone should go out and get the breed that they have always wanted? Maybe, maybe no. What is more important than the breed itself is that it is vital to a successful relationship of any kind that you make a good match with the relationship. This applies in canines as well as other species. Breed is only a small part of that match and may or may not matter. If I were generalizing, I would say that you shouldn’t choose a Border Collie if you are a low activity senior citizen living in an apartment complex with no yard. But let’s look at that statement further. What if said Border Collie is also a senior citizen and low activity themselves? Do you see where I am going here? Generalizing is never a good idea.

My point is that every single dog is an individual. Evert single dog is a study of one. Researching a particular breed’s tendencies and determining whether you are capable of providing an outlet for inherent behaviors that MAY rear their head is a wonderful idea. It is perfectly possible to provide appropriate outlets for hard wired behaviors that may manifest in unwanted ways if not redirected properly. For example, not all Border Collies herd sheep. In fact, I would venture that most don’t. Research by dog behavior experts supports this fact. Yet many regular people, who are not dog trainers, successfully live with Border Collies. I live with a Caucasian Ovcharka. His breed was originally bred to guard livestock. I don’t have any livestock. He guards myself and his canine housemates but he certainly isn’t pinning anyone when they come into my house. He also isn’t threatening strangers while we are in public. It was simple to teach him to ask me if there was a problem with anything he saw. Alertness is what his breed tells him to do. Not kill wolves.

I ran a breed specific rescue for Dobermans for many years. At one time, I had a litter of five Doberman puppies in rescue and one of them was a bit more challenging behaviorally than the others. I decided that I would require prior Doberman experience for the adopter of this particular puppy. The family that adopted her had previous Dobermans. For a year and a half, I believed that I made the right choice. Then one day she was returned. The family couldn’t handle her properly, despite their previous experience with the breed. She remained with me in foster for a year and a half. Then along came the perfect family for her. They had no previous Doberman experience at all. Yet the match was created by the universe and they all could not be happier. It’s been almost four years now without an issue. Never say never. And we are back to generalizations of any kind not being accurate.

This is but one example that shows that breed traits don’t define the life of the dog. Genetics, when they allow breed traits to show themselves notable, are far overshadowed by environmental factors. Where this is of vital importance is in breeds that have an attraction to people who are looking to feel special. When you state that your breed should ONLY be “owned” by “special” people who are very familiar with this ‘special” breed who can handle them well, you then create an unhealthy attraction to that breed in that segment of society looking to add to their status symbols. That is the worst “truth” that you can say about a breed. Any breed. The list of breed specific fanciers that make statements like that is long sadly. But it’s so much more dangerous to the breed in question when you make these statements about powerful looking breeds. American Pit Bull Terriers, Staffys, many of the Mastiff breeds, Dobermans, Rottweilers the list is long. A dog should not be considered an accessory. Don’t make YOUR chosen breed a target by people who want the latest fad or the “toughest” dog. You are not doing the breed a favor.

THIS is what creates more backyard breeders and more dogs of any “special” breed dumped in shelters and rescues. It’s not really movies that feature such breeds. It’s the talk that surrounds the movies. It’s the build up that surrounds the movies. It’s the image that some of the movies create. Stop it. Really. Belgian Malinois are poised to be the new “in” breed with the movie release of Max. Should everyone run out and get one? Of course not, but I could say that about any breed, from Great Danes to Yorkies. Anyone with some common sense and reasonable dog savviness, in particular of herding and guarding breeds (of which there are many varieties) can handle this experience just fine with some reasonable effort. This is the same kind of effort that any dog fanatic would expend for any breed that they have, whether said dog be herding, guarding, hunting or mixed.

Train the dog in front of you. Learn traits individual to the dog and the breed just in case some behaviors exist in YOUR dog so that you beter understand how to redirect them. Don’t buy into the “special” status of a given breed and don’t promote such a status. Educate yourself properly on breed traits before making a decision on the dog you want to add to your life. Match the individual dog to what changes you might need to make to your life in order to add the dog of your choice. Then meet some dogs of in the breed category and choose by individual personality in addition to your already researched knowledge. Behavior IS behavior.

In conclusion, I would like to leave you with this compelling study that every dog behavior professional should be talking about. The short version is that both nature and nurture are important to the definitive behavior in any given dog. But nurture has the win. Breed traits certainly can exist in varying degrees but they “can be modified by experience within an individual’s lifetime”. If you zone out reading studies, read the abstract and then the conclusion. Soak in the information that may someday make breed specific legislation a relic of the past, where it belongs.

5 thoughts on “My Breed is “Special””