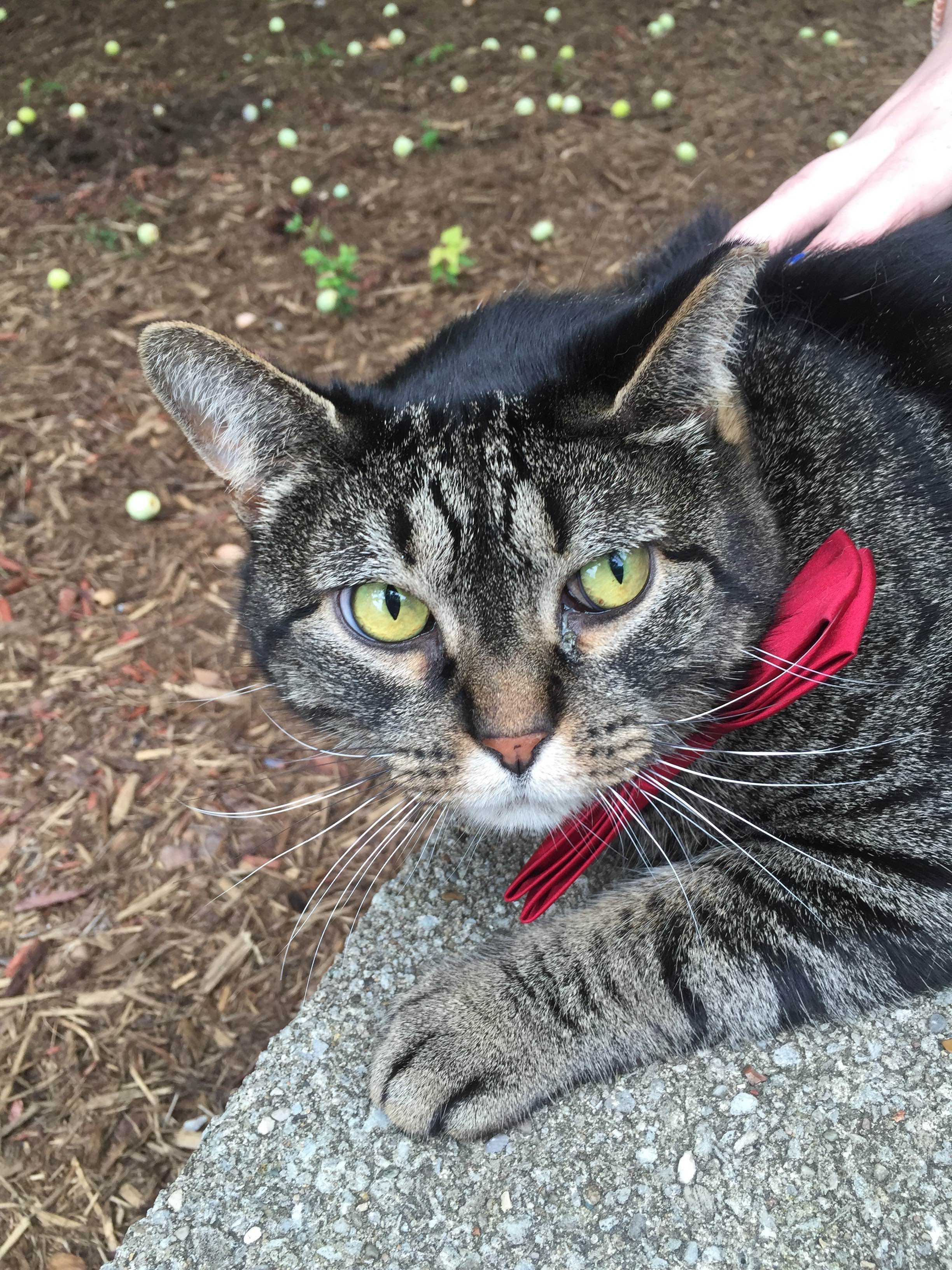 One more candidate for President of the United States has just tossed his hat - or his little sparkle ball - into the ring. Candidate No. 23 officially registered with the Federal Election Commission back in May, but has only recently begun to speak out.

The candidate is a political novice, having never before held public office, or even run for office. Spokesperson Isaac Weiss says the contender "appeals to the common man because he was once homeless. He was taken in by the loving McCubbins family." This hopeful has real street smarts, and "don't we need that in a President? I think so," Weiss states.

Furthermore, the candidate has been gotten stuck up in a tree and can catch mice with the best of them; Limberbutt is a 5-year-old domestic shorthair cat.

Weiss, a 17-year old senior at DuPont Manual High School, Louisville, Ky., and his friend Emilee McCubbins, also a student, say they've already gotten letters about Limberbutt's candidacy, some going as far as to ask for proof of the cat's U.S. citizenship. Other letters are seeking information about possible volunteer opportunities to help Limberbutt reach the White House.

Weiss speaks for Limberbutt because McCubbins doesn't have a cell phone, and her Internet access is sporadic. "And she's really busy," Weiss adds.

I spoke with Weiss by phone in a scoop for this column. "Yes, of course, we scoop," Weiss notes.

Q: For which party is Limberbutt running?

A: "Democrat. There are too many Republicans. And our ideas are more to the left. Limberbutt advocates for environmental protection. When Limberbutt gets into office, he will expand the ACA (Affordable Care Act, often called Obamacare) into the new ACA: the Affordable Cat Act. Under the act, all pets will have insurance, even Guinea pigs and horses, so people will be better able to take care of their pets. Veterinary care is really important."

Q: How will Limberbutt deal with foreign leaders?

A: "He will rub against their legs. Hillary Clinton hasn't done that."

Q: What does Limberbutt think of Donald Trump?

A: "He hisses. He's not a fan. All migrant workers should have cats. Limberbutt feels all cats have more common sense than Mr. Trump."

Q: What about Trump's defense of his sons shooting big game in Africa, including leopards?

A: "Limberbutt isn't against hunting in the U.S. if it is legal, but big game hunting is something he doesn't like."

Q: It's actually legal to shoot feral cats in some places. I'm surprised Limberbutt is accepting of such laws. Instead, it would seem more reasonable to endorse trap, neuter, return (TNR) of feral cats, so they're spayed or neutered, vaccinated for rabies, perhaps microchipped, treated for parasites and then returned to the wild, where caretakers keep an eye out and may supplement food.

Q: It seems Limberbutt might not have been aware of TNR.

A: "No, America is great right now. We just need to make America better. Our slogan is: 'The time is Meow.'"

Q: All public officials make promises. Limberbutt must have a few.

Q: What about fleas?

Q: Should farmers only grow catnip?

A: "No, we need to eat. Farmers should not forsake growing crops, but we should see more catnip and the price of catnip must go down." 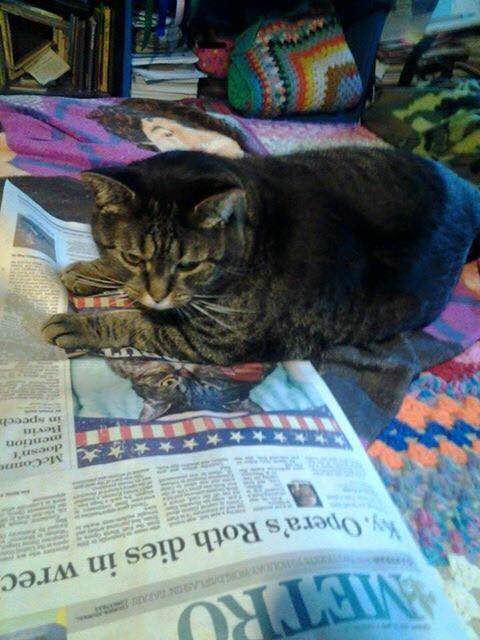 Q: Will Limberbutt work with dogs?

A: "Of course, we'll reach out to the other side of aisle. Limberbutt may be the only candidate willing, and if cats and dogs can do it, shouldn't Democrats and Republicans?"

Q: What's the most compelling reason to vote for Limberbutt?

A: "Limberbutt is the only candidate running to always tell the truth."