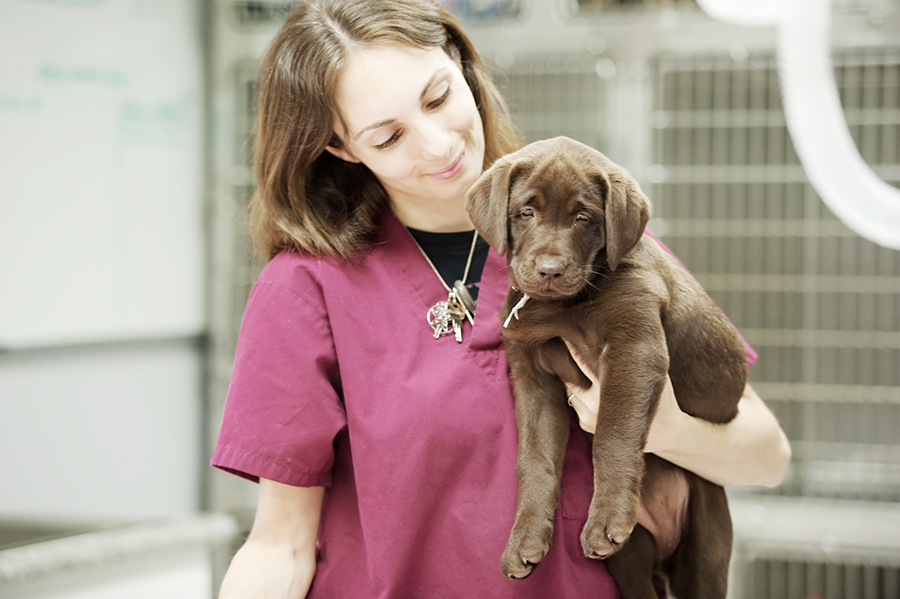 Lyme disease is an American epidemic. A year ago, the U.S. Centers for Disease Control and Prevention indicated there is 10 times more Lyme disease present in people than previously thought. At least 300,000 people are diagnosed annually with Lyme in the U.S.

Lyme is transmitted to people, and to dogs, by deer ticks.

The good news is, for dogs, there's an inexpensive blood test to determine exposure to Lyme (and two other tick diseases, as well as a test for heartworm, which is transmitted by mosquitoes). This blood test is evaluated by veterinarians in-clinic, so pets can be diagnosed on the spot and treatment can begin promptly. People aren't always so lucky.

Of course, if the family dog has been exposed to ticks, human family members may have been exposed, too, since dogs often share our environment.

Dogs have an advantage, however, as canine tick disease preventives are quite effective. Of course, few people wear tick collars or have tick products rubbed on their backs. There's no Lyme vaccine yet for people, but there is one for dogs.

The American Veterinary Medical Association (AVMA) and the American Academy of Pediatrics (AAP) have partnered on a new initiative to enhance awareness of and promote early diagnosis of Lyme. If the family dog is diagnosed with Lyme, veterinarians will suggest that children in the family see their pediatrician, and adults visit their doctors. Similarly if a doctor, particularly a pediatrician, diagnoses Lyme in a family member, the suggestion will be made to have the family dog tested for Lyme.

"We're seeing increasing prevalence of Lyme, and other ticks diseases, and the long-term health implications for people and animals are huge," says Dr. Ron DeHaven, AVMA CEO. "I believe this partnership will make a difference."

Informally, many veterinarians have sent clients to their physicians after diagnosing their dogs with Lyme. And early prognosis of Lyme disease often is the key to an improved outcome. "A part of my job is being a public health officer," Chicago veterinarian Dr. Natalie Marks says.

What's interesting, and illustrative of the spread of Lyme, is that Marks' office is in the heart of a concrete jungle -- not a locations people typically think Lyme occurs. Marks says she recently diagnosed Lyme in a dog who'd never left its big city backyard.

Marks has sent clients to their doctors after diagnosing Lyme in the family dog, and sure enough, some of those clients have subsequently been diagnosed with the disease.

Children are particularly susceptible simply because they may play on the grass and are lower to the ground than adults. Also, the ticks may be so small they may not be noticed. Parents, and even medical professionals, often mistake Lyme for something else.

That's exactly what happened to then 17-year-old Alyssa Paulsen five years ago in Albany, NY. Tucker, Paulsen's then 4-year-old Schnoodle, began stumbling around, was sometimes off-balance and walked into things. Tucker also appeared weak. The veterinarian diagnosed Tucker with Lyme disease in one office visit, and prescribed antibiotics. In a month, the dog was back to normal.

Around the same time, Alyssa was feeling sick. "No one thought that if my dog was exposed to Lyme, I might be, too," she says. "I sure wish that idea had occurred to someone."

Doctors couldn't pinpoint Alyssa's problem. Lyme disease is often called "the great imitator." In people, diagnosis based on symptoms alone can be challenging.

With an outbreak of Methicillin-resistant Staphylococcus aureus (MRSA) at her school, it's seemed logical that this was Alyssa's problem. She was placed on an antibiotic that might have also been used to treat Lyme, but was taken off the medication too soon for effective treatment of Lyme. While her symptoms faded for a time, they came back with a vengeance. Before Lyme was diagnosed for certain, the list of mistaken diagnoses grew to include anorexia, “teenage hormones,” fibromyalgia and a skin disease called scleroderma.

Her condition worsened to the point that she was bedridden. About a year and a half after her symptoms first appeared and Tucker was diagnosed and treated, Lyme was finally targeted as the cause of Alyssa's illness. It was a doctor with a special interest in Lyme who made the diagnosis. The long-term effects of Alyssa's recurring Lyme symptoms would likely have been avoided with an earlier diagnosis.

Alyssa calls the partnering of the AVMA and AAP "just perfect." She adds, "This initiative will help pets, but make a huge difference to children. I know all too well that getting diagnosed early is really important."