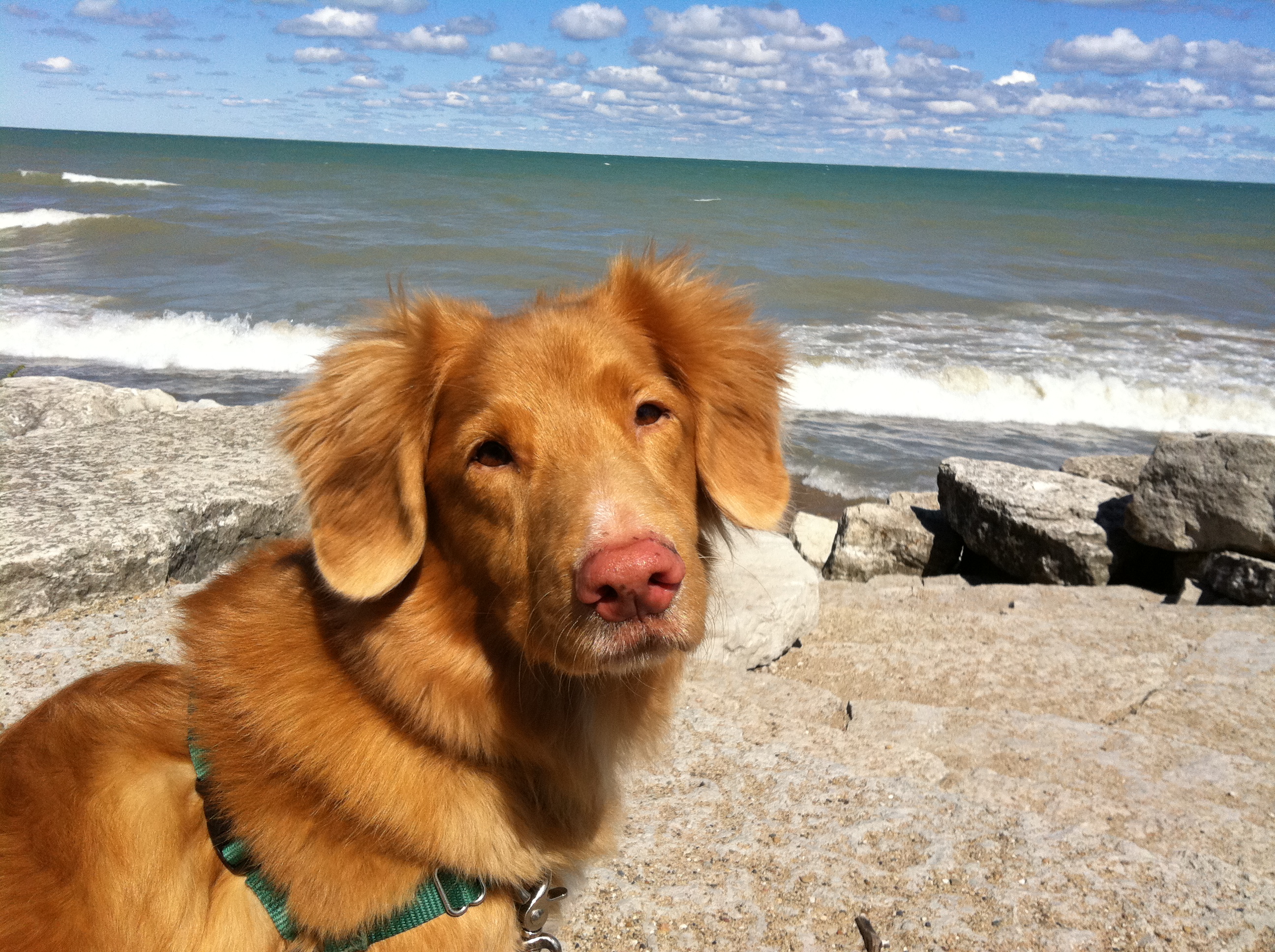 A number of years ago I saw Dr. Karen Overall, the Vet Behaviorist, speak for a 2 day workshop. If you have a chance to see her, GO! She has an amazing way of making the complicated seem simple. One quote that she said during the weekend was “We must let go of the idea of restraint!” She was referring to vets and how they restrain dogs and cats for everything. Also she was talking about for grooming, and regular pet care also.

This concept has stuck with me ever since, mainly because of Rizzo, my American Water Spaniel. Dr. Overall dubbed Rizzo the most ridiculously, friendly dog she had ever met. Coming from Dr. Overall, that has some weight. That’s also where things get sticky. Rizzo is the most friendly dog you will ever meet, until you try and restrain her, then she’ll bite. To this day she has never caused puncture wounds, but she will put her teeth on you. She came this way, and I have learned it is not an unusual trait in many American Water Spaniels.

I have worked very hard over the years teaching Rizzo a variety of behaviors for her to be more comfortable in vet and grooming situations. The main behavior I use is a chin target, where she puts her chin into my hand and holds still until given a marker that she is done. I have used the chin target for years in a variety of vet situations but recently we took it to new challenges.

Rizzo was having some health issues and my vet Dr Maria VonderHaar wanted to test her for EPI and Addison’s disease. (both came back negative but, we’re still playing with some issues) She had to have a fasting blood draw (from her neck), then she had to have cortisol injected into her vein in her leg, and then 1 hour later have another blood draw from her neck. So blood draw #1 I sat on the ground gave her a high chin target that exposed her neck, Dr VonderHaar took a huge amount of blood and it was amazingly successful.

No restraint at all, but I was not able to reward her afterward for a job well done with treats. (bummer!) Then she sat between my legs again, I held her leg at her elbow and this time gave her a chin target away from the leg that the cortisol was being injected into. Again NO restraint, and NO problems, and still no food rewards! So we waited an hour, (still no food!) for the next blood draw. I was a bit worried about how she would be with two blood draws in one hour. I should not have doubted our training! This time I had the presence of mind to have the tech video tape the blood draw.

Now you will notice at the beginning of the video I run my hand down her back to see if she would sit. Normally she sits and I was worried that if she was in the “hover sit” position that she was in she would be more likely to move. What she was telling us that she was more stressed with this blood draw, then the blood draw one hour earlier. Notice that as soon as the blood draw is finished she chooses to sit, even before I mark her to move her chin. After this blood draw she was rewarded heavily, with bacon!

With a little bit of training any dog can work cooperatively with you at the vet. Frequently the scariest part of the vet for the dog is the restraint. If a dog who used to choose to use her teeth to keep vets and techs away from her can do this any dog can!

More about Sara More Articles from Sara
JOIN THE CONVERSATION