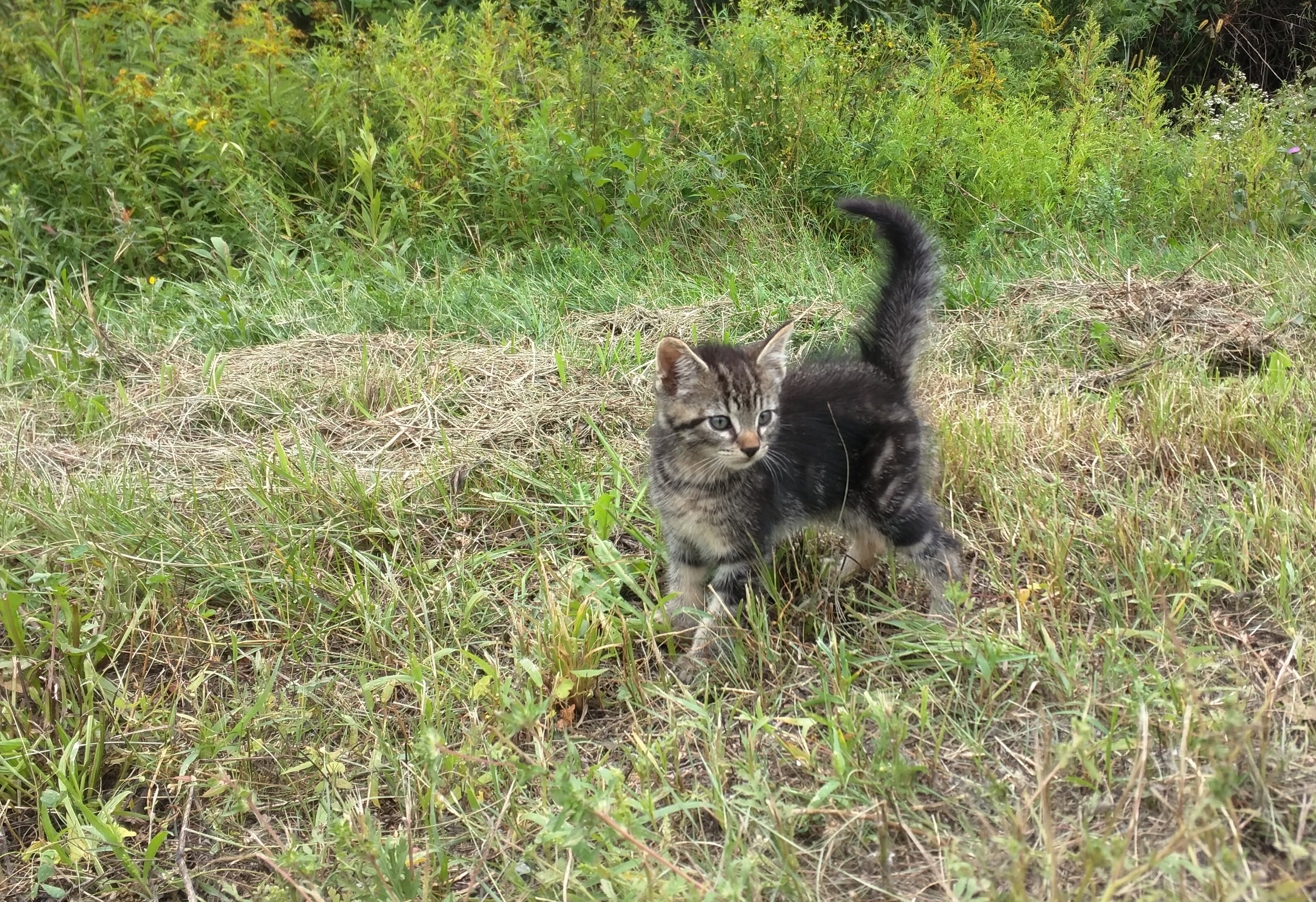 If cats are likely to live longer and healthier lives indoors – why are we still allowing them outdoors?

Surprise, living indoors – though – has shortcomings too.

Sixty years ago, indoors vs. outdoors wasn’t an issue. Most cats could come and go as they pleased.

It wasn’t welfare issues that changed their world, encouraging more indoor cats in the U.S., it was mass manufacturing of scoopable clumping cat litter. Back in the feline dark ages, prior to readily available cat litter, cat boxes weren’t sold either. Some cat caretakers improvised with plastic dish pans or even cooking pans and filled them with anything from coal to dirt, but mostly just allowed their cats to do their business outside. When it became clear that cats would use manufactured litter, more cats were eventually transitioned life indoors only.

The advent of manufactured cat litter and boxes meant that cats could more easily be kept as indoor pets. And within only a few years, cats overcame their canine cousins as America’s most popular pet.

Back in 1994 after writing a popular book, Tribe of the Tiger, author Elizabeth Marshall Thomas, who was in rural New Hampshire, told me “Choice is very important (as to whether cats can go indoors and outdoors). I feel cats’ should control their own destiny’s, even if there’s some risk; live by the sword die by the sword.” In the 1990’s these comments weren’t particularly controversial.

By 2004 just over half of all U.S. cats were strictly kept indoors, nearly twice the number of twenty years prior. According to the American Pet Product Association National Pet Owners Survey, in 2004 about a third of all cats could go inside or outside as they please, with the remaining 17 percent outside only. By 2014, about 70 percent of cats are defined as indoors only, with about 25 percent inside or outside as they desire with the remaining five percent described as outside only.

Still, when you do the math, millions of cats continue to have an option to wander outdoors. With some cats it’s because the cats – who perhaps have been outdoors for their lifetime and taken inside – still demand to go outside. Not being able to deal with a feline temper tantrum, cat caretakers relent. Allowing these cats outdoors is one thing.

While there are still rural places in the U.S. without nearby roads and lots of cars, those locations remain the exception.

For those who insist their cats are too clever to get in the way of a car, they’re dead wrong. And dead is the operative word. It turns out that according to the National Traffic Safety Commission, 5.4 million cats are hit by cars each year in the United States, and 97 percent of those cats die. There’s no data to reveal how many of these cats are owned or unowned, but these numbers clearly demonstrate that the notion that cats are too ingenious to get hit by cars is a myth.

Cats aren’t the only outdoor hazard. A few licks of sweet tasting anti-freeze can kill a cat, unless it’s a pet-safe product. Cats can nibble on plants treated with pesticides, or plants that may be tasty but are also toxic.

In frigid weather, cats seek heat, and slinking under a car hood can be a feline version of an electric blanket – until an unknowing driver starts the car. It’s not unheard of for veterinarians in cold climates to attempt to save mangled cats.

Another myth about outdoor cats is that they aren’t prone to tick disease. While Lyme disease may not make cats ill, there’s plenty that’s delivered by the blood-suckers that can. Here’s a hit list of tick diseases that can make cats very sick: Cytauxzoonosis (sometimes called bobcat fever), Ehrlichiosis, Haemobartonellosis, Babesiosis and Tularemia. Using a veterinary tick protection, tick disease might be prevented, and the same to stop flea bites which may also cause disease. Also, indoor/outdoor cats might transport fleas into your home – that’s not fun.

Mosquitoes carry heartworm, and the American Heartworm Society points out that all cats should be protected since mosquitoes do get indoors. However, you’d think that all cats going outdoors would receive protection – but few do. In cats, heartworm can cause feline associated respiratory disease (creating asthma-like symptoms), and heartworm is the second most common cause of sudden death in cats.

While heartworm treatment is uncomfortable for dogs, and is expensive; in cats there’s a larger problem – there is no treatment for heartworm (short of prevention). 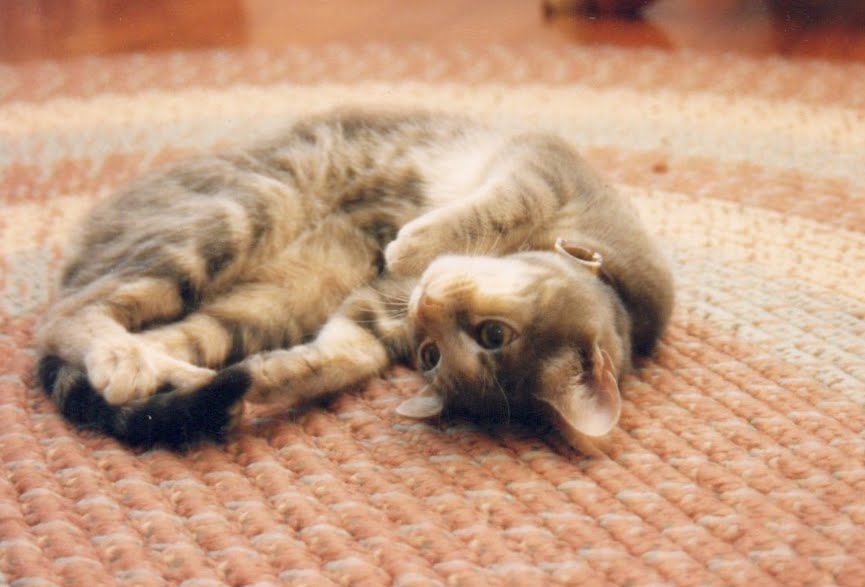 It’s not only parasites that threaten outdoor cats, it’s a long list of additional predators including coyotes, fox, wolves, larger birds of prey, stray dogs and even other cats – who may share infectious disease like feline leukemia or the feline immunodeficiency virus.

However, cats are also a threat to other animals, as cats are both predator and prey. Numbers floated by some bird organizations are often wildly exaggerated.  For example, a frequently quoted report from a Smithsonian article suggests cats kill approximately 1.4 to 3.7 billion birds annually in the U.S. (Loss, Will, and Marra 2013). That’s crazy since the total number of birds that reside in the U.S. is around 3.2 billion (Partners in Flight 2013). If this were true, there would be no birds existing in the U.S.

Cats are, however, opportunistic feeders. So where little lizards abundant, they appear on feline menus. Cats don’t fly, and several studies confirm that cats overall prefer to hunt rodents over birds, particularly species described as a nuisance (Crooks and Soulé 1999, Kays and DeWan 2004, Mitchell and Beck 1992).

Still, being real, cats do certainly kill birds, and other wildlife. There is an ethical question about allowing cats outdoors. Even well-fed cats will sometimes bring home a “gift.”

What’s more, allowing cats to use neighbor lawns as their litter boxes is just plain rude. Also, cats may use neighbor cars as a playground, scratching the car in the process. Also, just being in front of a neighbor’s home (perhaps more likely to appear knowing there are cats indoors in that home), those indoor cats may begin to spray in response to the interlopers. Inappropriate elimination is the most common explanation for relinquishing cats to shelters. There are people who give up on their indoor cats, all because of outdoor cats have wreaked havoc among those inside cats – it happens all the time.

While indoor cats are safer, there’s one silent danger lurking inside the home which may cause or contribute to the likelihood of hyperthyroid disease in cats. Studies show that cats with hyperthyroid disease often have elevated levels of polybrominated diphenyl ethers (PBDEs) which are found on furniture treated with flame retardants and carpet padding. When diagnosed, hyperthyroid disease, these senior cats can be treated and controlled or even cured.

Cats are also experiencing cancers more often than say sixty years ago. Cats are living longer, and cancer is generally a disease of the aged, but also cats share our environments. So it’s possible the same environmental factors causing cancers in people and often in dogs may also be making cats sick.

Dr. Tony Buffington, legendary veterinarian, an emeritus professor of veterinary clinical sciences at The Ohio State University College of Veterinary Medicine; and clinical professor (volunteer) at the UC Davis School of Veterinary Medicine discovered that unenriched environments are actually stressful to cats. As a result boredom and without appropriate outlets for natural behaviors, cats may actually get sick, causing idiopathic lower urinary tract disease (now dubbed “Pandora’s Syndrome”).  And ILUTD disease can be painful, which causes some cats to urinate outside the litter box, which can cause frustrated owners who give up their cats. It turns out enriching indoor environments is necessary for optimal cat health for indoors cats. It’s true, outdoor cats rarely suffer from boredom.

Also, with more to do, indoor-outdoor cats tend be more active – and not as likely to be overweight or obese, as 60 percent of cats in the U.S fall into that category according to the Association of Pet Obesity Prevention. And there is a correlation in fat cats to arthritis and diabetes, among other medical issues.

It appears to me that the right balance for the benefit of neighbors, wildlife and most of all your cats – is to offer an abundantly enriched environment indoors, without allowing cats outdoors from day one.