Home >> Positively Contributors >> How to Stop Dogs From Eating Their Own Poop & the Cat’s, Too

How to Stop Dogs From Eating Their Own Poop & the Cat’s, Too 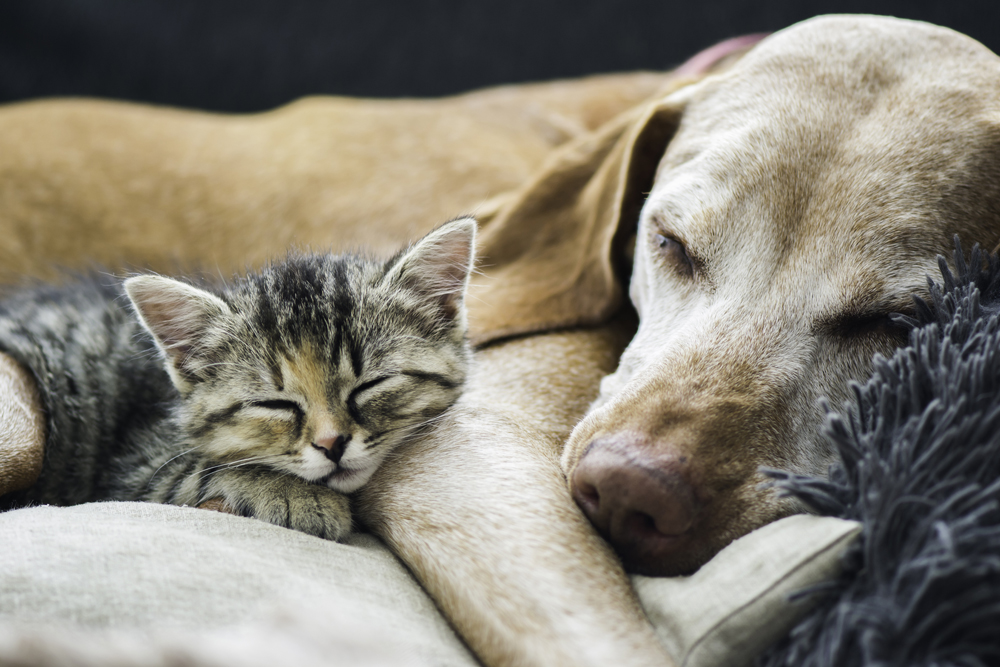 Question: Venus, our almost 2-year old German Shepherd dog enjoys eating her poop, or eats from the cat box. That doesn’t seem right. What can we do to stop this desire? K. L., Lake Zurich, IL

Answer: The problem described is surprisingly common. It even has a fancy name: coprophagia.

No one knows for sure why some dogs begin to sample their own feces, or for that matter relish in eating feces of other species. Of course, cat poo is especially enticing to many dogs (likely because cat food has so much protein). Once tasted, some dogs decide it‘s a delicacy. Some dogs even have preferences, such as frozen poopsicles in winter.

There are several manufactured products on the market to sprinkle on your dog's food (such as a nutritional supplement called ProZyme), or you could try Lowery‘s seasoned salt (don‘t overdo it), but the results are mixed at best.

DogPoopDiet.com offers a supplement it says is “guaranteed” to work. Other products are called FOR-BID and Deter to sprinkle on dog food, but results are similarly mixed.

You can booby-trap a pet‘s feces by dabbing unpleasant additives like lemon juice and hot sauce on the poop. However, you have to catch a dog in the act to quickly apply the concoction. Some dogs then learn to munch immediately after their bowel movements, before the mix can be applied.

Also worth noting, dogs that find their own feces delicious might view hot sauce and lemon juice as merely yummy condiments.

Here's an idea that I know is guaranteed to work: A leash with you at the other end. After your dog does her/his business, pick up. Once you get your pup out of the habit for a few months, you may not need to be so vigilant. Or you may be packing plastic bags and fast scooping for the rest of the dog‘s life.

As for why dogs eat poop, no one really knows. A recent study conducted by researchers at Wageningen University in the Netherlands determined common risk factors for coprophagia, included:

About the cat poo – prevention is best. Depending on your dog’s size, this may mean a gate – with a hole cut at the enter large enough for the cat to go through, but not the dog. Or a gate your cat can simply jump over, but not the dog (however you don’t want to make it challenging for cats to reach their litter boxes, particularly aging cats).

Another idea is to elevate the box beyond the height your dog can reach. However, if a litter box is on a table, it better be secure. If it feels shaky to the cat, it won’t be used. And if it topples to the ground with the cat inside it, your cat will assuredly never use it again – not to mention the mess. Prepare for a cat aging by providing a step stool, a chair or some other way to easily scamper to the box.

Sometimes the solution is as simple as purchasing a covered litter box – but some cats may not appreciate that choice.

Steve is a certified animal behavior consultant, and the author of several books, including ebooks “Good Cat!” and “Good Dog!” He’s a co-editor of “Decoding Your Dog” (by the American College of Veterinary Behaviorists” which Victoria wrote the foreword. He’s the host of several radio shows, including nationally syndicated Steve Dale’s Pet World, and can be heard on WGN Radio, Chicago. He has a long list of TV credits., from Oprah to Animal Planet shows, including his current appearances on “HouseSmarts TV. He serves on several Boards, including Winn Feline Foundation.