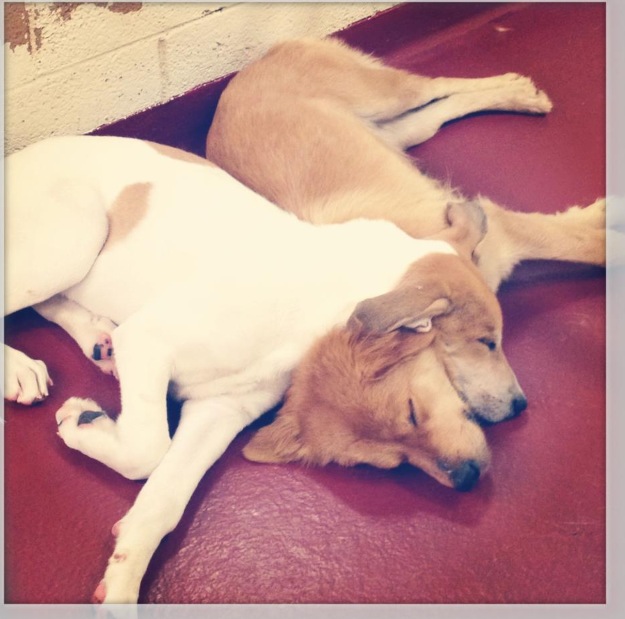 Breeze (left) and Kree at the shelter.

I was scanning the aisles of Fulton County Animal Control when I first saw Kree.

She was a beautiful Golden Retriever mix with an amazing temperament. I knew immediately that she would make an incredible dog, but she was out of time at the shelter. If I didn't get her out quickly, she could be euthanized.

I volunteered for the wonderful Angels Among Us Pet Rescue at the time, and they agreed to take her in. Below, you'll see a great picture of Kree's 'freedom ride'! 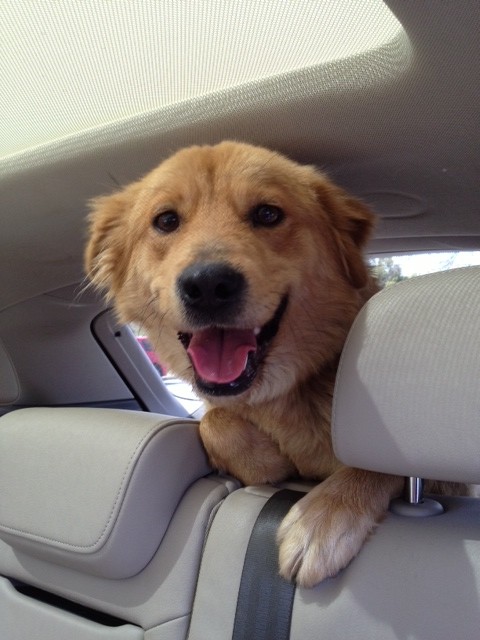 There were several other dogs in the same kennel as Kree, but I only had a foster home available for one dog, so I tried not to look at the other dogs in the kennel. I will admit that my gaze caught another dog for just a moment, but I tried to focus on the task at hand. Anyone who has been to a large county shelter knows just how haunting it can be to leave so many wonderful dogs behind, but it's the sad reality of the pet overpopulation problem we have in this country.

The next day, the shelter posted the picture that you see at the beginning of the article. I felt terrible that I had left the other dog behind--the dog who I had briefly noticed in Kree's kennel. But how incredible is it to see two dogs taking comfort in each other amid the chaos of a crowded shelter?

I contacted the shelter and found out that the other dog had been adopted. I had a strange feeling about it. Big county shelters don't have the manpower or the funding to be able to screen adopters as thoroughly as private rescue groups, but I was hopeful that the other dog (who we had named 'Breeze') had found a good home.

The following week, I was back at the shelter to transport two other dogs. That's when fate stepped in.

As I was signing paperwork at the shelter, I heard one of the animal control officers say that a woman was returning a dog for being "aggressive." As the car pulled behind the shelter, I was shocked to see that it was Breeze. The woman said she 'just couldn't handle her.' She then proceeded to literally dump the dog out of her car and drive away without a second glance.

As a dog now labeled as potentially aggressive, Breeze was facing immediate euthanasia. I don't want to think about what could have happened if I hadn't been there that day.

My instinct told me she was not an aggressive dog. She was just a puppy! I did a temperament evaluation on her and told the shelter staff that we would be taking her. I'm so thankful for Angels Among Us was willing to take her on such short notice, and to Emily, the foster who 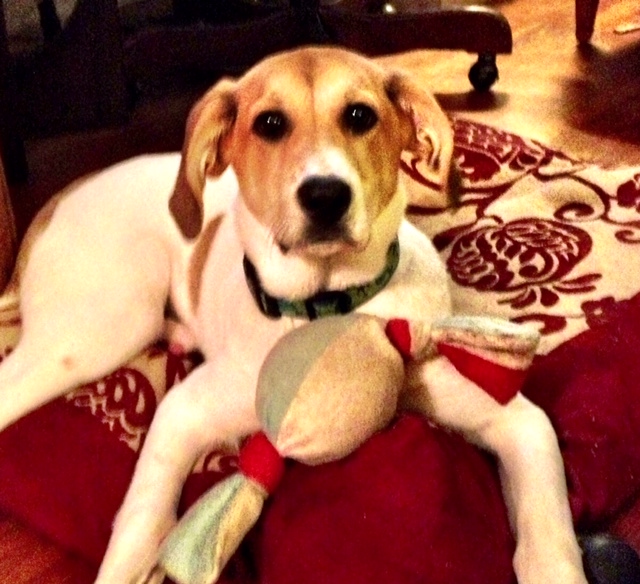 Breeze in her foster home.

stepped up for her.

The two dogs were reunited at the vet's office, where we found out that Kree was heartworm positive. Although I may be anthropomorphizing, I wonder if both dogs felt a sense of relief knowing that each other was safe. Although the two dogs were not adopted together, Kree is now heartworm negative, and both dogs found amazing adoptive homes where they will live out the rest of their days being loved and cherished as family pets.

Please consider adoption so that more dogs can have happy endings like Kree and Breeze! 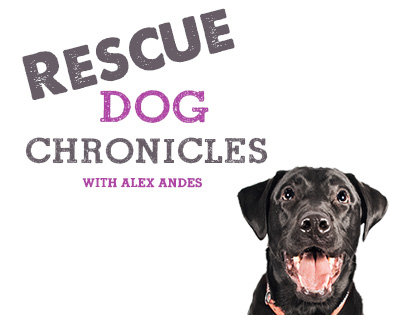 One thought on “How Fate Reunited Two Death Row Dogs”