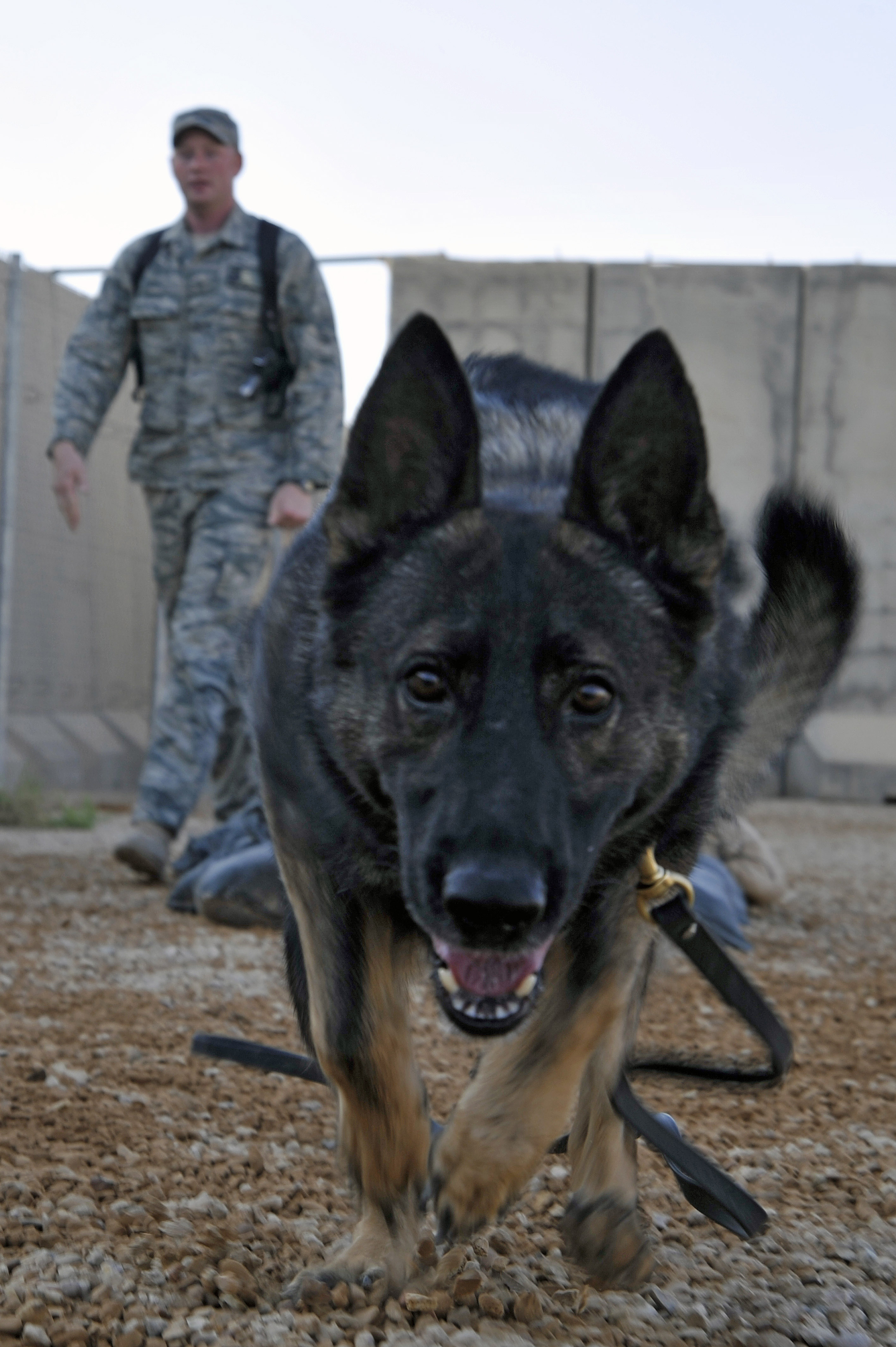 K-9 Veterans represent an elite class of dogs who work and train hard to assist our troops in protecting our home and freedom. Today, I would like to share with you a history and background of Military Working Dogs in honor of their handwork and dedication to our country.

Brave animal mascots and pets have been a staple in the lives of many soldiers throughout history. However, the United States didn’t introduce Military Working Dogs until World War I.

Initially, Military Working Dogs helped the military by keeping watch over soldiers in addition to their role as messengers. Later, they gained notoriety as "mercy dogs" who helped the Red Cross detect and locate wounded soldiers on the front lines by notifying their handlers.

Despite integration into the military efforts during World War I, a true Military Working Dog program wasn’t developed until World War II. During this time, the U.S. Military began officially training dogs to work with and alongside soldiers. In addition to the War Dog Program that was established in 1943 an official training center was created. In 1965, the U.S. Air Force began training Military Working Dogs for missions in Vietnam.

As dogs proved to be more and more effective in the military, the programs have grown to support more missions and efforts, as well as improved training programs.

When the Military Working Dog program initially developed in WWII, there were 30 dogs breeds selected for the program. This list included breeds such as; Dalmatians, Flat-Coated Retrievers, Boxers, Norwegian Elkhounds, and Rottweilers just to name a few.

Today, the majority of Military Working Dogs are one of three breeds; German Shepherd, Dutch Shepherd, and the Belgian Malinois. However, Labrador, Golden, or Chesapeake Bay Retrievers are also used for specialized roles. These breeds are preferred because they are loyal, smart, and athletic.

Throughout history, Military Working Dogs have been used in a variety of capacities. These include, but are not limited to the following:

Sentry Dogs: Dogs that specialize in keeping watch and guard over soldiers. Their primary task was to alert their handler of any trespassers or attackers.

Scout or Patrol Dogs: These dogs are similar to sentry dogs. However, they are trained to notify their handler silently. These dogs specifically detect snipers or enemy forces.

Messenger Dogs: The military looks for dogs who are very loyal for this job because they have to work with two handlers to deliver messages. These dogs need to be able to travel quietly through variable terrain and remain focused despite battle.

Casualty Dogs: These dogs are the modern day mercy dogs. With traits and temperaments similar to search and rescue dogs, their job is to seek and find injured soldiers.

Explosive Detection Dogs: In the War on Terror, these dogs have played a very important role in our military. These dogs have a superior sense of smell and are trained to detect explosive chemicals.

Military Working Dogs are Non-Commissioned Officers which makes them one rank higher than their handler. This ranking system is designed to show respect to the dogs and establish a positive rapport between the new handlers and their dogs. The handlers are responsible for the training, health, and wellbeing of their dog, but even more important, they need to interpret what the dog is telling them to the rest of the soldiers.

On many occasions throughout military history, Military Working Dogs have saved lives. However, those lives cannot be saved if someone doesn’t understand what the dog is trying to communicate.

It is without question that Military Working Dogs and their handlers deserve to be recognized and honored.

How will you show your support for K-9 Veterans?

Rachel Sheppard is the author and founder of My Kid Has Paws. She is a Social Media Manager, blogger, animal lover, volunteer, graduate student, and shoe collector.

More about Rachel More Articles from Rachel
JOIN THE CONVERSATION