It’s scary. And you’re not alone - over 4.2 million dog-owning households and nearly two million cat-caretakers will be treating their furry companions to ghoulish goodies and ghoulish toys this Halloween, according to the National Retail Federation (NRF).
Also, according to the NRF, pet “moms” and “dads” will spend over $440 million on Halloween. That’s about double how much pet owners spent in 2010 when NRF first began to ask about pet costumes. 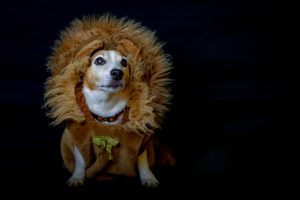 Twenty years ago few pet costumes were even available at retail stores. Today, Petco and PetSmart each carry over 100 costumes, mostly for dogs but also cats, and even Guinea pigs and ferrets can get into the Halloween spirit. (No one sells costumes for fish, as that is not advised).
The costume trends, in general, match what kids want.

According to the NRF, the top five pet costumes last year were:

Sometimes pet caretakers do have a devil of a time convincing the pet to wear the costume.
Often dogs who accustomed to wearing a sweater or jacket cold weather, so a costume is just another thing to wear. For many cats and lots of dogs, the idea if about as odd as meeting up with a Darth Vader.
Many pets can be trained to at least tolerate their stylish outfits using positive reinforcement. Don’t’ put on the costume all at once, instead slowly get your pet acclimated to it, and pair the experience with wonderful treats.
Once you put on the costume, offer a meal so the pet associates wearing the costume with something great about to happen. After several tries, most learn quickly enough that wearing the costume means it’s food time!
Insure all costumes are roomy enough for comfort and not to inhibit movement, but not so roomy that the pet will slip out of it. And pets should never wear masks.
With praise and patience, many pets will soon readjust their attitudes and accept crazy moms and dogs who insist on the costumes. And some actually enjoy it when family members dote on them, telling that Bulldog how gorgeous she looks dressed as a ballerina. 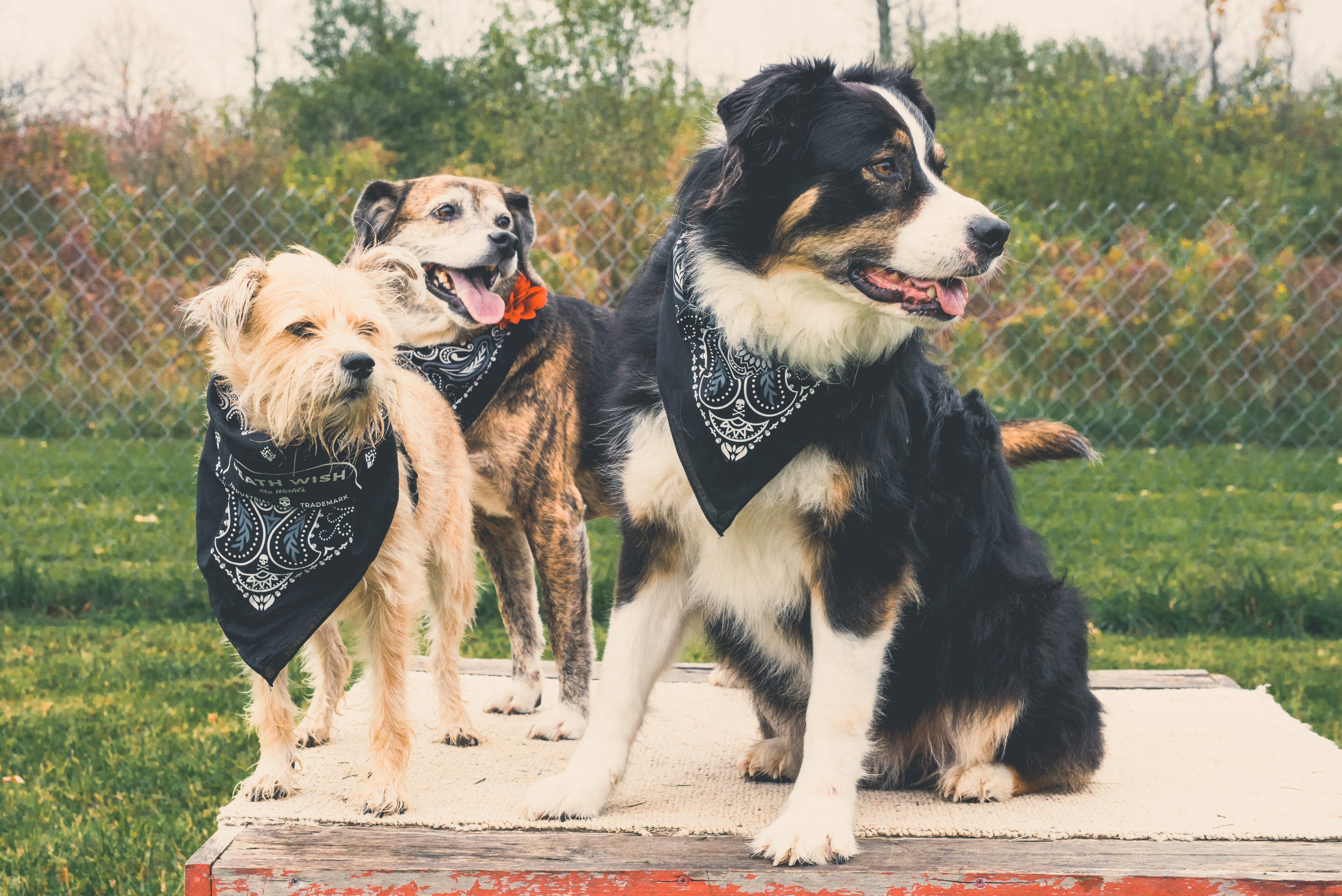 However, other individuals, no matter what you do, just aren’t going to be convinced that wearing a costume is a good idea. They may even look humiliated, perhaps because they are. For those animals, the best hope is that you can return the costume for your money back.
It’s unfair to continue pushing the issue, instead try a compromise. All is not lost as bandannas can even substitute for a costume, and most pets will tolerate it. Order a bandanna online with your favorite sports team logo. You can also purchase a pet bow tie and slip it over the existing collar, and now the dog has a bit of fashion without even knowing it. Similarly bat wings just lay on a dog’s back, and it’s a non-invasive choice.
Even some pets who love wearing the costume indoors, may not be happy about joining the entire neighborhood of screeching children trick ‘or treating. Pay attention to what your dog is telling you. It’s perfectly acceptable to take pictures of your dog in-costume, and then leaving her at home.
For dogs who do join the trick or treaters here are some safety tips:
Keep your dog on a leash. A retractable leash is not recommended because trick or treaters can trip over.
Check what’s in the pet’s trick or treat bag. Just as with children, be skeptical of anything not packaged.
Also, just like children, too many treats all at once can cause an upset tummy.
A you stroll through the neighborhood with your dog in costume – be respectful of people who may be afraid of dogs.