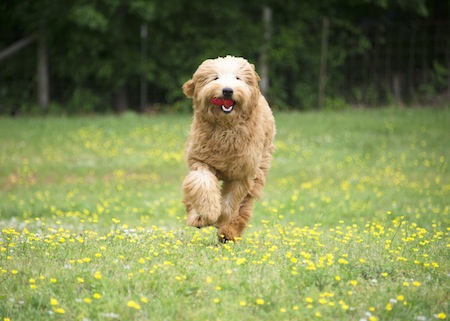 I've always been interested in play, and now that the weather is getting warmer it’s on my mind more and more. Science doesn't explain it very well, or it's explained as something young animals do to practice future skills. But that definition doesn't cover every kind of play, and it doesn't explain why it's so much fun and so reinforcing for all types of animals.

Years ago, I taught an Oscar fish to swim through a hoop. When my fish grew big and had a big tank to live in, he liked to play. If visiting children put their noses against the glass, the fish put his nose against theirs on the other side. If they put their hands on the glass, he would put his nose to hands, too. The children could get him to swim from one end of the tank to the other by putting their hands on one end of the tank and then the other. There was no reward for this; as far as I can see, he just did it for fun.

Here's a play story from my latest book Reaching the Animal Mind:

I'm at the Dallas Zoo, visiting the zoo's excellent rhinoceros collection. The keeper introduces me to her special favorite rhino, a half-grown male who was born at the zoo. The keeper shows me some of the rhino's husbandry behaviors. I enjoy the experience of personally moving him about with the target pole. The reinforcer is bits of banana, which he takes from my hand with gentleness and skill.

For this young rhino, however, the big reward at the end of a session is not food, but a game with the keeper. The keeper leaves the target, runs the length of her side of the paddock fence, and stops. Now she is the target. The rhino takes off at a run down his side of the paddock, screeching to a halt just as he gets abreast of the keeper. She turns and runs up the fence. He chases her back, tail in the air and little eyes sparkling. Of course, this is what young rhinos do! They play "Charge!"

We are all used to seeing puppies, run, jump, and play (often with whatever object is nearby), but why does that fun-loving spirit have to diminish with age? I recently read Agility Right from the Start by Swedish trainers Eva Bertilsson and Emelie Johnson Vegh. They outline step-by-step instructions for teaching a dog how to play with toys (teaching an owner to play, too, a lesson I sorely needed). I broke out the clickers and some new, tiny, star-shaped treats that Misha, my elderly German spotted poodle, loves. I carefully shaped taking and holding a small ball.

We did that for two weeks, ten minutes a night. Then suddenly, one day at the office, Misha found a tennis ball and exploded into ball play, chasing the ball up and down the halls, throwing the ball on his own, dropping it at my feet for me to throw. Yay Misha! Now he plays with all kinds of toys, even new, strange toys that he used to avoid with the gusto of a young pup. Click here to see Misha playing with his new Pogo Plush toy.

People play, too. I think I'll go dig holes in my garden.

Karen Pryor is the CEO of Karen Pryor Clickertraining and Karen Pryor Academy. She is an active, leading spokeperson and teacher for effective force-free training around the world. Karen is the author of six books, and her 40-year career working with and educating scientists, professional trainers, and pet owners has changed countless lives.

More about Karen More Articles from Karen
JOIN THE CONVERSATION

4 thoughts on “The Games Animals Play”

Episode 820 - Dogs Should Not Have to Do Sit

Victoria explores why teaching obedience cues like ‘sit’ should not be the focus of dog training.

Episode 819 – Animal Shelters During the Pandemic

Victoria is joined by VSPDT Kat Kekel, Behavior Tech at Cherokee County Animal Shelter to talk about sheltering, fostering and...

Episode 818 – Finding Your ‘Why’ with J. Nichole Smith

Petrepreneur marketing guru J. Nichole Smith joins Victoria to discuss the importance of identifying and building around your...