Home >> Positively Contributors >> FIP: How One Organization Is Working to Find a Cure For This Fatal Cat Disease

FIP: How One Organization Is Working to Find a Cure For This Fatal Cat Disease 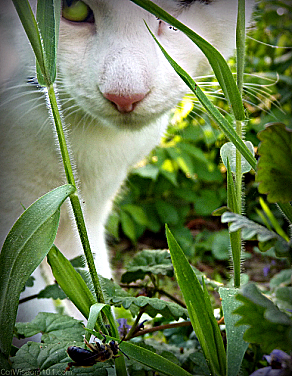 Although feline infectious peritonitis or FIP is called the most devastating disease in cats, Susan Gingrich is radiant about the future. Gingrich established the Bria Fund with the Winn Feline Foundation ten years ago, after her little Birman cat named Bria succumbed to the fatal disease.

“We felt helpless, I just wanted to do something - to find a way to support cat owners who are at a loss about what to do when their kittens are diagnosed, and to support research,” Gingrich says.

With initial “seed funding” from her brother Newt, Gingrich (former Speaker of the U.S. House of Representatives), she created the Bria Fund through the non-profit Winn Feline Foundation, which funds cat health studies. Supporters from around the globe have raised nearly $350,000.

FIP, which mostly occurs in kittens, is a caused by a mutation of the otherwise benign corona virus. The corona virus can make cats feel lousy, may cause tummy upset and/or a slight fever, but typically dissipates quickly on its own, even without veterinary intervention. However, sometimes, for reasons which remain a mystery, the benign corona virus sometimes transforms inside the cat into the fatal immune-mediated disease called FIP.

“No question, the Bria Fund is quite remarkable,” says Dr. Vicki Thayer, executive director of the Winn Feline Foundation. “Susan has created distinct channels for cat owners around the world to get information and support, and she has mobilized efforts to raise money for research.”

“Those of us with cats who have died of FIP have become a kind of online family,” says Gingrich, who is a retired nurse in Loudon, TN. “The emotional toll of seeing what happens to these kittens is heartbreaking.“

Once thought to be rare, FIP turns out to be somewhat common. According to Dr. Niels Pedersen, professor emeritus at University of California Davis Veterinary School, cats under about 3-years of age (particularly kittens) have anywhere from a one in a 100 to one in 300 chance of developing FIP. While that may not sound frequent, do the math and perhaps a million cats die annually of FIP.

Over the years, Winn Feline has funded the work of Pedersen, a legend in veterinary medicine, more than any other FIP researcher. Another researcher Dr. Diane Addie says via email from her home in the Pyrenees Mountains in France, “My own work on FIP brought me into his (Pedersen’s) sphere and he gallantly and generously invited this unknown upstart from Scotland to participate in the first ever FIP symposium hosted at UCD.”

She added that Pedersen called Addie a “very stubborn lady,” for her steadfast belief about how the disease is formed in cats. Recent studies by researchers at the Cornell Feline Health Center funded by Winn’s Bria Fund demonstrate that Pedersen was correct all along.

It’s hardly a stretch to argue that more discoveries about FIP have occurred in the past 10 years than all the previous decades combined since the disease was first recognized in the early 1960’s.

Addie agrees, “I thank the Winn Foundation for funding two of my studies and an FIP conference – and for making a difference for all cats.”

No doubt that Gingrich, the Bria Fund and its army of online followers have changed the course of FIP research.

To start with, today there’s simply a better understanding FIP, which makes diagnosis more accurate. Still, Gingrich says too many cats continue to be misdiagnosed.

Thus far, there’ been no ‘magic pill’ for FIP. The laundry list of failed medications range from human cancer drugs to – according to one blogger in New Zealand – chicken soup.

There are two types of FIP, one is called the wet or effusive form, and the other is called the dry or non-effusive form. It turns out that a drug with studies support by the Bria Fund, called Polyprenyl Immunostimulant, might help some cats with the dry form of the disease to extend their lives. However, like all drugs for cats with FIP, the verdict remains unclear. The same can be said for a drug called feline interferon omega, which Addie supports. However, others, aren’t so keen. No matter, the drug is hard to get in the U.S., and it’s expensive.

Now that FIP is better understood, the hope is that a sure fire drug therapy will be discovered.

It’s even possible Pedersen’s continued work may pave the way to helping human patients with SARS or MERS.

Gingrich adds, “Ten years ago when I began the Bria Fund, I had little real hope that we’d find a treatment for FIP in my lifetime. Today, I am filled with hope. If by some miracle every cat owner just gave $10, a treatment would sure come along faster. I think we will do it!”