Although the name bed bugs produces an image of bugs in a bed, they often reside in other places, according to WestChesterGov.com. That's when expert sniffers, like Cruiser, Liberty and Gracie come to the rescue. With the growing resurgence of bed bugs in majors cities, dogs like Cruiser, Liberty and Gracie are becoming trained professionals, who are hired and paid to sniff out potential bud bug problems in their homes.

Cruiser wakes in New York City, sometimes making house calls as early as 9:30 a.m. In Tulsa, Oklahoma, Liberty's work often requires her to travel to different cities for her clients, while Gracie in Derby, Connecticut has inspected everything from college dorms to apartment buildings.

According to the National Pest Management Association, "one out of five Americans has had a bed bug infestation in their home or knows someone who has encountered bed bugs at home or in a hotel."

Like any traditionally promising career, the dogs start at school. According to the Associated Press, Gracie, a Cavalier King Charles spaniel, graduated from the Florida Canine Academy in Tampa while Liberty, a tan and white beagle, and Cruiser, a puggle, attended J&K Canine Academy also in Florida, according to the New York Times. There are only 150 dogs in the nation certified to sniff out bed bugs. Training and certifications are gained through the National Entomology Scent Detection Canine Association.

According to the Association's website, members of NESDCA evaluate dogs critically as handlers hide bed bugs and are given 20 minutes with their dog to end the search, with strict alert and room size requirements. Only dogs affiliated with NESDCA credited dog schools can be certified, so schools that offer training programs and raise dogs in-house sell for an upwards of $10,000. 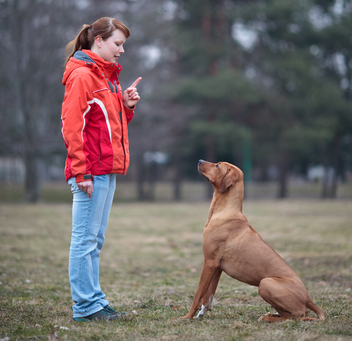 Once certifications are given, the dogs are quickly sent out to their handlers to begin work.

"She loves to go to work. When I say, 'Let's go to work,' she gets excited," William Steeves said to the AP about the enjoyment Gracie has as a bed bug inspector.

Bugs can sometimes hide from the eyes of exterminators, but they don't stand a chance against the nose of a dog. Steeves said a dog trained to find bed bugs is accurate 97 percent of the time.

As Liberty's handler, Glen Collymore expressed to Tulsa World that, "Beagles have one of the best senses of smell of any dog." Unlike Gracie, Liberty is known to be a bit more 'energetic,' although at times she can be hard to handle. The used-to-be show dog has impeccable accuracy in work with the K-9 Special Force Bedbug Detection Specialists in Norman, and is the state's only detection dog.

How could a dog not enjoy their job of travel and constant interaction with people and treats? To keep their noses sharp, the dogs are constantly being trained and rewarded of their findings with treats.

Cruiser starts his day on the job with a whiff of bed bugs from his handler Jeremy Ecker, of Bed Bug Inspectors. To keep dogs training up, handlers are required to own living bed bugs; most store the insects in small glass jars, hidden from the dogs.

The dogs travel to businesses, hotels, residencies, schools and virtually any type of facility with furniture and people. They need minimal distractions to focus and work. Typically when they detect an infestation, they pause, and paw at the infestation location.

Although there are lots of 'ick' in their daily jobs, handlers can earn between $200 to 400 per hour for their services. Ecker, who had been in the business six years before trading his co workers for dogs, told the New York Times, “it’s very rewarding work. We get to walk dogs for a living and we help people get peace of mind.”

One thought on “Don’t Let the Bed Bugs Bite!”