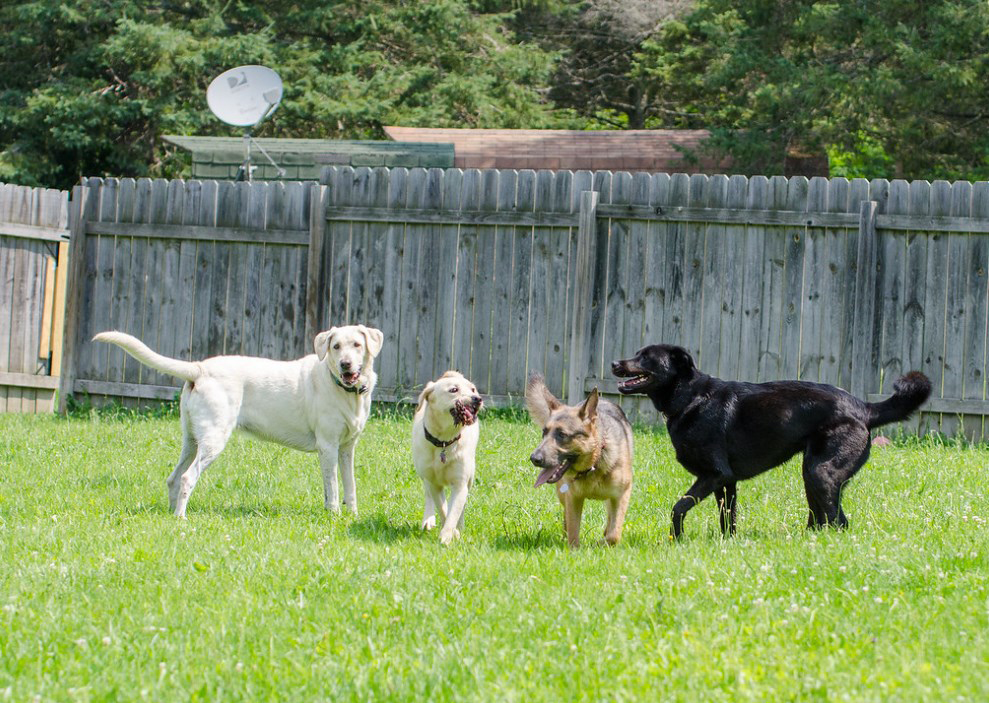 The line that dogs have gone from the dog house into our house isn’t exactly true. Dogs have not only shared our homes, but our sleeping quarters for a very long time, around 14,000 years to be exact.
The human-animal bond isn’t a new thing. It turns out that 14,000 years ago we were buried along with our best pals, according to a study published in the Journal of Archaeological Science in February.
For goodness sake some archaeological findings have discovered dogs buried adorned with jewelry. And there’s even evidence that people tried to care for sick puppies – though no one has any idea what veterinary medicine might have been like 14,000 years ago.
In 1914, workers uncovered a grave at Bonn-Oberkassel, today a suburb of Bonn, Germany. The remains — a dog, a man, and woman, along with several decorated objects made from antler, bone, and teeth — date back to the Paleolithic era.
There’s no doubt, based on archaeological evidence, dogs provided various utilitarian purposes, from assisting humans on hunts to guarding villages. There’s evidence that families even slept with what might have been a family dog, though that too may have been utilitarian, as there were no space heaters.
But increasing evidence suggests there was a bond. One reason that dogs became more bonded with us that that men selectively bred dogs, likely for hunting ability but as likely for temperament. So, did we develop emotional attachment to dogs as many as 14,000 years ago?
The researchers write, “The Bonn-Oberkassel dog was a late juvenile when it was buried at approximately age 27–28 weeks, with two adult humans and grave goods. Oral cavity lesions indicate a gravely ill dog that likely suffered a morbillivirus (canine distemper) infection. A dental line of suggestive enamel hypoplasia appears at the 19-week developmental stage. Two additional enamel hypoplasia lines, on the canine only, document further disease episodes at weeks 21 and 23. Pathological changes also include severe periodontal disease that may have been facilitated by immunodeficiency.
Since canine distemper has a three-week disease course with very high mortality, the dog must have been perniciously ill during the three disease bouts and between ages 19 and 23 weeks. Survival without intensive human assistance would have been unlikely. Before and during this period, the dog cannot have held any utilitarian use to humans.”
Of course, we can’t know for sure. But if we buried dogs along in our own graves and attempted to treat their illness – this suggest the answer is yes, most certainly there was an emotional attachment.
Dogs are emotional beings who literally evolved with us. This research further distinguishes domestic dogs from wolves – even 14,000 years ago. While dogs did develop from a wolf species, which is long extinct, even back then people clearly associated with dogs differently than with wild animals. All those TV commercials and ads about feeding dogs like wolves and dog trainers advocating raising dogs like wolves are wrong. If 14,000 years ago people didn't consider dogs wolves, why would we do that today?