Creating a Kinder Future for Elephants 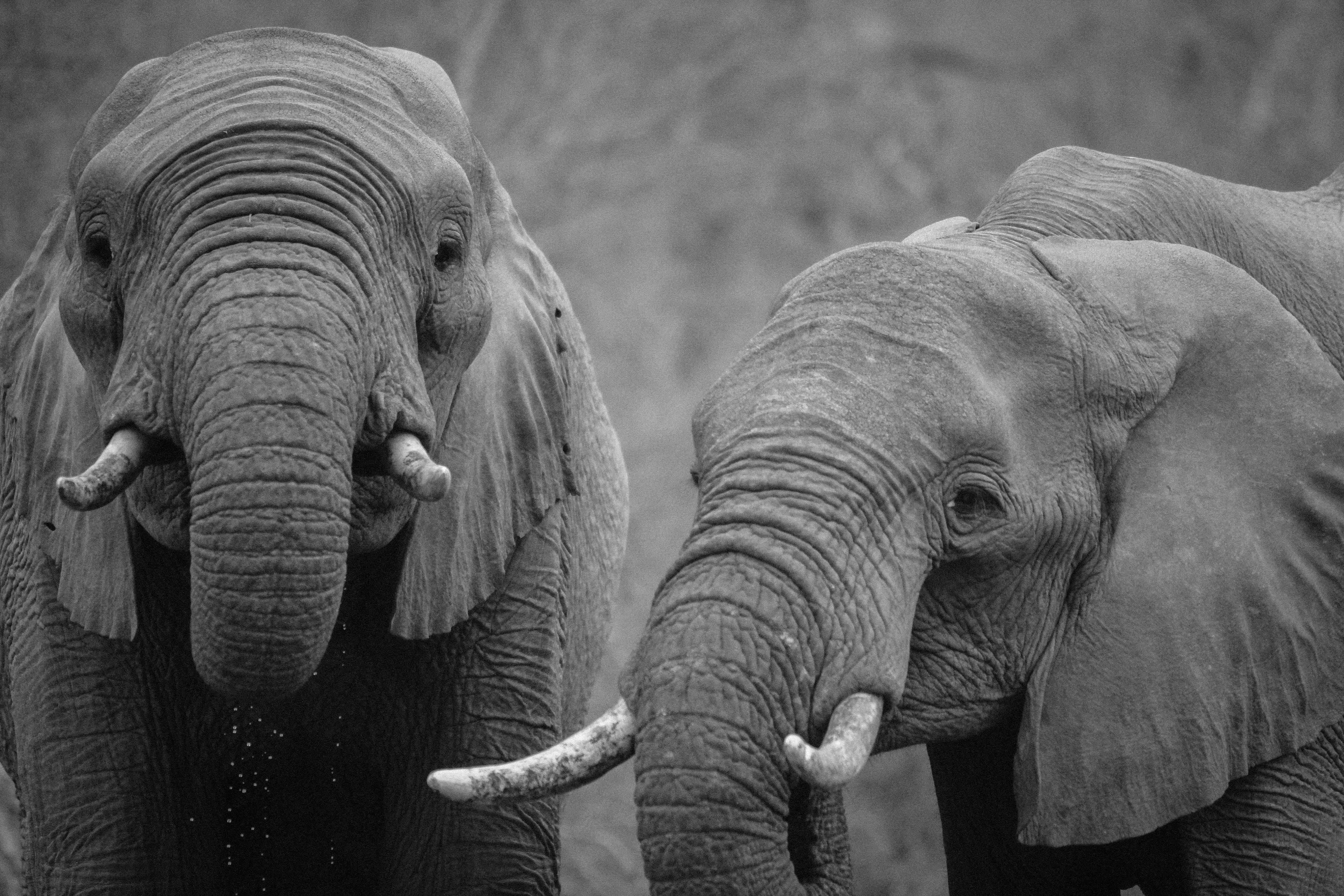 The Ringling Bros. Barnum & Bailey Circus announced in mid-January that after 146 years they’re closing the big top. When this news hit the press, many of my animal-loving friends said “it’s about time!” Perhaps, that is true, but still there’s more to this story, and had the circus responded to modern training techniques and provided creative enrichment for the animals in their care, it may never have come to this. I am far more concerned about other elephants than those in circuses.

At one time “freak shows” which celebrated people with birth defects were popular. It was somehow acceptable that local carnivals stole money from customers (“I have an elixir that will cure whatever ailment you have”) and people rode on unregulated and downright dangerous amusement rides at these carnivals. They’ve long been shut down.

The truth is that the Greatest Show on Earth was indeed a show. Like any show, it was filled with performers, some walked the tight rope and some were clowns – all by their choice. The animals in the shows never had a choice.

No matter what PETA might have said, the animals were culturally well cared for. The circus thought they were doing best for their animals, and believed it. However, sadly, instead of adjusting to the times, Ringling Bros. spent millions fending off law suits rather than adjusting their training methods.

As a company, corporate wanted the animals healthy because it cost money to treat and/or replace them. And I do believe that trainers and others in the circus developed a real bond with their animals. The culture was to do the right thing by the animals. Unfortunately, as zoos and dog trainers evolved, circus trainers did not. I don’t know why change never occurred. Combine that with the fact that being on the road nearly year-round in confined quarters made it impossible to achieve what is today considered appropriate animal welfare for elephants and other species.

My suggestion is that intent was never to harm. But the animals were nonetheless harmed, as clearly shown in several “backstage videos” released by animal rights groups demonstrating abusive training techniques. True enough, the same techniques had been traditionally used in circuses for decades. But does tradition make it right?

Animal rights groups said the bullhook elephant training tool used by circus trainers is a cruel device. The circus continued to defend the use of bulhooks.

The circus never “got it,” that bullhook was only a training tool – and the real issue was about training philosophy not about one piece of equipment, which they continued to defend.

Most zoos with elephants had long stopped using this equipment because they realized that positive reinforcement and “hands-off” training techniques are most humane and most effective.

I’ve witnessed this approach many times at zoos. For example, during a recent visit to Zoo Leon in Mexico, I observed an African elephant being fed with special treats, while others were busy with elephant husbandry, filing down their foot pads. The elephant was not forced to do this, but was an eager participant. The elephant was trained to associate the valued food with the behavior.

Of course, zoos are no longer training “tricks” for animals as performers but rather behaviors so animals comply for medical procedures, or for husbandry, so big cats voluntarily ask for a blood draw or giraffe are taught to step up on to a scale.

Humans long relationships with elephants is complex. Asian elephants, being relatively more manageable than their African cousins, were once weapons of war. Hannibal famously tried to take elephants over the Alps to attack Rome. The invention of cannons eventually put an end to war elephants, but the practical issues of dealing with elephants was also a factor.

Back to the truncated elephant history, in 1796 in the era of Alexander Hamilton, and 11,000 years after the first North American humans helped kill off the mastodons, one of their distant relatives arrived for the first time in America from Calcutta, India. The elephant was then considered a spectacle, and a 2-year-old female Asian elephant lived her entire life alone as a sort of one-elephant freak show.

Elephants have been a part of the circus history and heritage from day one. However, historically elephants have been tied up and abused by humans. Check out the YouTube videos of elephants who couldn’t take it anymore and have gone on a rampage seemingly in revolt. Keeping elephants can be dangerous.

For all the expertise the circus professed to have regarding understanding elephants – here are some facts: Elephant require space, and to freely socialize with others of their own kind. Because of their intelligence, they necessitate an enriching life. Circus can’t provide space and provided only the most basic of enrichment opportunities.

The truth is that for all our intelligence – we are only beginning to understand elephants. We do know they are very emotional beings. Famously elephants appear to mourn the loss of friends and family.

Elephants may feel emotions as much or more as we do – we actually don’t seem to quite comprehend the depth of those feelings. If you take the time, you can see it if you you are lucky enough to observe elephants, particularly in the wild.

Elephant language hasn’t been cracked; Researchers like Joyce Poole have been trying to crack the code of elephant communication for years. Poole has found that the elephants use more than 70 kinds of vocal sounds and 160 different visual and tactile signals, expressions, and gestures in their day-to-day interactions. That doesn’t include the fairly recent discovery that much of elephant language exists in a range that humans can’t even hear, overtones of low frequency sound from 1 and 20 Hz, which is below the level of human hearing. Such sounds are so low and powerful they travel unhampered for miles, allowing elephants to send messages and warnings over long distances. These commanding, distant-traveling sounds are critical in helping males find specifically chosen females for breeding. Researchers say the infrasonic calls also enable elephants to reunite with friends and family members (I was privileged once to witness such as family reunion in Kenya).

Zoos with elephants at least attempt to enrich their environments, offering games and puzzles, hiding food, and at least a somewhat large space which to live. Critics, and even many in the zoo world, suggest those space constraints don’t come close to meeting elephant needs. No matter what, no circus can offer any real space as elephants are kept in box cars or on chains for most of their days.

While public views about animals in circuses began to evolve, and videos revealing abuse were released to the public, the Cirque du Soleil debuted with enormous success. Cirque demonstrated that a circus can offer a contemporary feel, and no animals are possibly harmed – because no animals are used. And Cirque and the Cirque spin-offs appear to be successful.

Sadly, a far greater crime in my view continues to be traveling road show circuses, which may include elephants and other wild animals. Unlike Ringling Bros. they may not make the investment to care properly for their animals.

And far away from the circus, African elephants endure being hunted. Why aren’t people as upset about this as elephants in circuses? Mother elephants are shot in front of baby elephant. Sometimes the babies are rescued and delivered to elephant orphanages, sometimes, sometime an aunt will take over care, and often they die too.

Who shoots an elephant? How could shooting a target that large be considered sport? It’s also a matter of money, as many continue to be poached for their ivory tusks. Poachers have more resources, even weapons compared to law enforcement attempting to defend the pachyderm.

And all elephant species are threatened by habitat loss.

I understand the problem; in some places in this world a herd of elephant just meandering through might destroy crops or even homes. Some governments suggest controlled hunting or culling that is the answer. Human vs. elephant conflict is on the rise. And guess what – so far, the elephant never wins. One solution is to create corridors that the elephants can traverse.

Still, today in Asia elephants continue to work in places such as temples, logging camps and now are tourist attractions giving elephant rides.

It’s important to understand that in order to be trained to provide tourists with rides, elephants are typically yanked forcibly from their mothers’ at a young age. It’s heartbreaking because indeed mother elephants care for their off spring and care about their offspring as we do.

Is it possible that that today’s elephant species – long persecuted by man – will one day go the way of the mastodon? Sadly, the answer is yes.