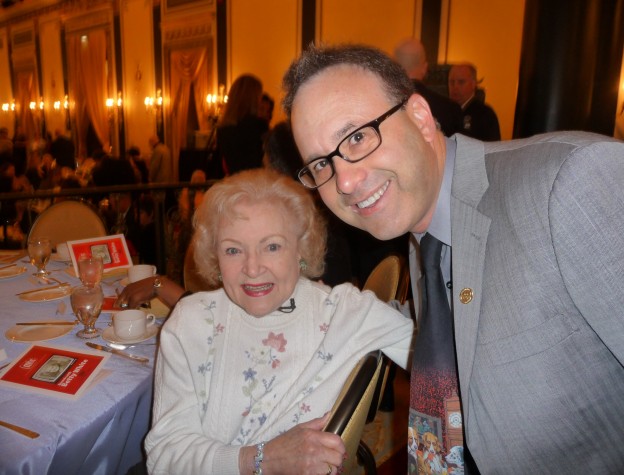 Summing up twenty years of authoring Tribune Content Agency newspaper column is easy. I do have a wealth of memories to recall. 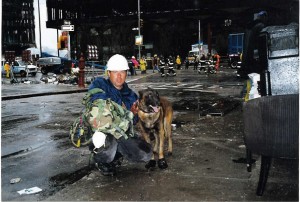 Talking to me via cell phone, Chris described the grisly scene in such graphic detail; I couldn’t relay it all in the column. He told me how his dog, named Servus, lost his footing and slid 20 feet down a giant mountain of debris, landing head first in a pile of while ash.

Christensen hoisted his 70-lb. dog over his shoulder, and hollered for help. Several firefighters hurried to the rescue, and a nurse who began administering IV fluids on the sidewalk while a police officer poured water over the now convulsing dog. What appeared to be liquid concrete streamed uncontrollably from the dog’s nose.

Servus was rushed by ambulance to Animal Medical Center, and recovered fast enough to work further at Ground Zero. This story spread around the globe, and morning news shows talked about the heroics of the search and rescue dogs.  I am proud it focused attention on the dogs, and their heroic first responding handlers.

Also, following 9/11, I expressed concerns regarding some of the dogs that I called “comfort dogs.”  They showed up to support families with loved ones gone or still missing in the wake of the terrorists attacks. The sentiment was wonderful, but many of the dogs just weren’t suited for the task. The term “comfort dogs” stuck, and today organizations do train dogs for just this purpose, which is a good thing.

I earned awards for both stories, and named feature Syndicated Feature Writer of the Year 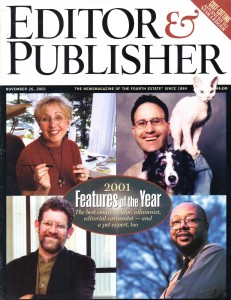 2001 by Editor  & Publisher magazine, the first pet writer to ever earn the honor.

Better than awards are pet owners telling me that my now 20 years of Tribune Content Agency of newspaper columns have helped them; according to my math that's 1,040 feature stories.

Back toward the start, in 1995, I wrote that search and rescue dogs were despondent over not finding live survivors following the bombing of the Murrah Federal Building in Oklahoma City, OK. TV new anchors picked up on the piece, asking, “Do dogs really get depressed?” I did dozens of media interviews following that column.

Over the years, I’ve reported many times on new advents in veterinary medicine. I am proud of the 2003 op-ed piece I authored countering a bogus Consumer Reports story on how to save money from “money hungry” veterinarians. The story was filled with misinformation, and I directed consumers by untwisting mistruths.

For many years I’ve been a cheerleader for veterinary preventive medicine. Today, there’s data to demonstrate that without regular pet check ups, the risk illness in pets increases Readers have suggested they know whether their pets are ill, or they can go online for a diagnosis. I counter, going online is good for general information, but Dr. Google can’t hear your pet’s heart or take blood work.

One of the biggest stories impacting the most pets was no doubt the 2007 pet food recall. I covered this story for months, and was so involved I was nearly called to Washington D.C. to testify on behalf of pet owners. At the last moment, for whatever reasons, that idea was nixed.

I was critical of a 2014 Time magazine story called “The Problem with Pit Bulls,” which described them as inherently dangerous. In fact, I pointed out there is no problem with the breed, especially since most dogs referred to as pit bulls are merely mixed breed animals sharing a general appearance. In 2014 I also wrote a column about the position paper I co-authored for the American Veterinary Society of Animal Behavior on why community breed bans (banning pit bull-type dogs, and often other breeds) have not worked.

On several occasions, I offered outspoken for views in contradiction to the Humane Society of the United States, which I later understood, made a difference.

I felt strongly that the HSUS push to mandate spay/neuter of dogs and cats before six months was a mistake. Indeed, I was proven correct, at least in large breed dogs, where the odds of some types of cancer can increase with early spay/neuter. While I am certainly all for spay/neuter, the mandates were unenforceable, and might force a decline in veterinary visits (which wouldn’t benefit pets). Also, I suggest veterinary exam rooms are small – with barely enough room for the veterinarian, veterinary technician the pet and the pet owners – but there isn’t enough room for government.

“On tour” with Michael Vick, the NFL star convicted for fighting dogs, the HSUS CEO made several appearances with the felon after his time in jail. I said that while I understood the intent was to educate, the appearances made Vick even more a celebrity and was merely an HSUS fundraising tool.

Awards came my way for a story documenting my ride-along with a Chicago Police officer investigating crimes against animals. We never encountered a dogfight in progress, but we witnessed horrible conditions where such dogs are kept. I met a 7-year old boy, who called himself “Number One,” who told me “(all) dogs are for fighting.”

Columns I authored in 2003, helped to focus national attention on pet dumps in Tennessee – where people could toss unwanted animals into what amount to trash bins.

In 1998 it was cutting edge (pre-Skype and pre-Facebook) to talk with someone real-time back and forth on-line. I wrote,  “A dog looks to the sky and begins to circle, still looking up. In Phoenix, AZ or Boston, MA, you’d think nothing of this. But not in Belgrade (Serbia, Yugoslavia). This is the signal for Marijana Mihailovic to gather her two children, and huddle nervously in a corner. Marijana listens from an open window. As if on the cue of an invisible conductor in the sky, the birds stop singing. Moments later, the air raid sirens blare.”

In one of my very first columns I interviewed a California-based writer who thought he had a disobedient dog, who would upset him by his antics, causing him to have a seizure. It turned out that his dog was actually predicting his seizures.  At that time, no one thought about dogs being able to do this, and some wrote me back maintaining that I’ve taken ‘canine talent’ too far. Actually, it wasn’t far enough. I’ve written about how dogs can detect various types of cancers. In 2014, I spoke with Vicki Santo (widow of baseball legend Ron Santo), who created the Ron and Vicki Santo Diabetic Alert Dog Foundation. These trained dogs can predict insulin highs and crashes, particularly appealing to parents with diabetic children.

Being an equal opportunity pet writer, I’ve focused a great deal on cats. Besides, cats are America’s most popular pet. Still, cats don't receive equal veterinary care compared to dogs and are given up to shelters more often and adopted from shelter less often than dogs Cats are the Rodney Dangerfield of pets, getting no respect.

I co-founded the non-profit CATalyst Council, in 2008 whereby industry and veterinary medicine were supposed to work in tandem to support cats.

I had quite the cat myself, Ricky the piano playing cat. Ricky appeared on many national TV shows showing off his musical prowess. When Ricky died as a result a common feline heart 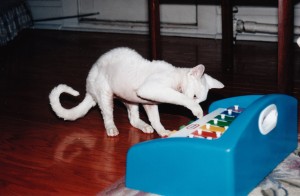 disease, I began the Ricky Fund with the non-profit Winn Feline Foundation. Today, readers and cat lovers have contributed well over $100,000 – and as a result there’s an inexpensive cheek swab test to determine if the gene defect exists (for feline hypertrophic cardiomyopathy) in Maine Coon and Ragdoll cats. Still, the fund continues, until there is an effective treatment.

In 2015, co-founded Veterinary Professionals Against Puppy Mills - the point is that veterinarians and veterinary technicians want to see pet stores selling helpless animals from mills, even commercial facilities.

I’ve reported from far-flung places, Australia, Africa, Europe – and from many U.S. veterinary conferences. I’ve spoken to diverse celebrities for this column, from Oscar winners Diane Keaton and Hillary Swank to public officials including Newt Gingrich and various U.S. Senators to legends, such as Audrey Meadows (“Alice” in the Honeymooners), Shirley MacLaine, and eight interviews with Betty White and twice with Dr. Jane Goodall, primatologist and humanitarian.