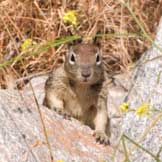 Have you heard of the plague? It's not a disease that we modern-day dwellers frequently consider, but it still exists and could potentially affect your pet. The plague is a disease caused by a bacterium called Yersinia pestis. According to the Centers for Disease Control (CDC):

Humans usually get plague after being bitten by a rodent flea that is carrying the plague bacterium or by handling an animal infected with plague. Plague is infamous for killing millions of people in Europe during the Middle Ages. Today, modern antibiotics are effective in treating plague. Without prompt treatment, the disease can cause serious illness or death. Presently, human plague infections continue to occur in the western United States, but significantly more cases occur in parts of Africa and Asia.

So, the possibility that your companion canine or feline could be exposed to the plague and pass the disease on to you, your human family members, or other pets is very real. The potential for zoonosis (transmission of illness among different species) is an important consideration for anyone inviting a pet into their home.

In 2011, USA Today featured the article Sleeping next to pets could be harmful, study says, which garnered significant attention among pet owners and those of us in the business of providing health care. In the piece, Bruno Chomel, a University of California Davis School of Veterinary Medicineprofessor, stated that close contact, such as that which occurs when pets sleep in our beds, could contribute to the spread of a variety of infectious organisms. Chomel noted Bubonic plague, Chagas disease (brought on by the protozoanTrypanosoma Cruzi), and cat scratch disease (caused by the bacteria Bartonella sp.) as the zoonotic diseases of concern.

Unfortunately, instead of emphasizing a common sense approach to pet care (see my tips below), this article struck fear into the hearts of pet owners by sending the message that our cats and dogs should be banished from the bedroom. According to Chomel, “There are private places in the household, and I think our pets should not go beyond next to the bed.”

Recently, plague-causing bacteria were identified in California ground squirrels that had been captured from two camp grounds in the San Diego area. According to a U-T San Diego story, Plague Found in Three Ground Squirrels, health officials are deterring people from having contact with squirrels and other wildlife.

Not every squirrel carries the plague, and there’s a low likelihood that people or other pets will encounter the bacteria from direct contact with squirrels. Yet, a bite from a plague-infected squirrel could potentially spread the disease. Generally, the disease spreading culprits are the fleas that take their blood meals from the squirrel. Chris Conlan, supervising vector ecologist for San Diego County’s Vector Control Program, said that "luckily, the fleas that are transferring plague from squirrel to squirrel much prefer to bite squirrels instead of people.”

Yersinia bacteria may be diagnosed in a few animals during routine surveys, yet no cases have occurred since 2011. The disease has some history in California. A Department of Public Health report lists 62 human plague cases in California from 1926 to 2013; 39 people survived and 23 died.

In general, using good sanitary habits can help prevent disease transmission from your pets or wildlife. My top five tips for keeping yourself and your animal and human family members free from undesirable pests include:

1. Avoid all contact between you and your pets with wildlife, and take measures to prevent both wild and roaming domesticated animals from entering your yard.

2. Thoroughly wash your hands with soap and warm water after touching your pet. Additionally, don’t let your pet lick your hands, face (especially no French kissing!), or other body parts.

3. Provide a bath with a pet-appropriate shampoo every 7-30 days (weekly to monthly).

5. Vacuum your home (and empty the canister or throw away the bag far from your house) and wash all bedding on a weekly basis.

These tips are all common sense practices, but we occasionally need to be reminded of their importance. Hopefully, both you and your pets will stay plague-free this summer and year-round.