Behind the Scenes of Greatest American Dog: Teamwork 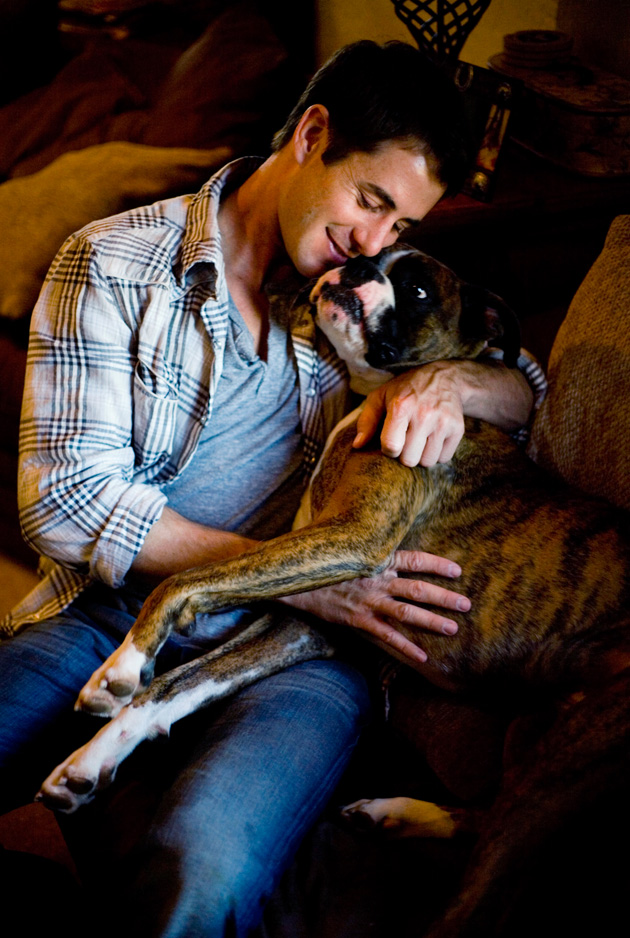 Our first challenge this week was the tangled leash. At the beginning of the competition we were all given a sheet with a list of commands that our dogs needed to know. Things like sit, stay (long distances), jump, go around, role over, shake with both hands etc. There were at least 30 commands on this list…. my first reaction was, “yeah right!”

I soon realized that if I would work on them one at a time and make them fun, turn it into a game, Presley loved it! All the things we had learned up to this point were about to be put to the test. Take a look.

For this challenge, we were put on teams and given five individual tasks to choose from and then one team task. I chose to have Presley push the cart. We practiced by first teaching him to put his paws up on something. Then, asking him to hold it for long periods of time, all while remembering to reward him for his success and making it fun. Then, we found a trash can on wheels and started working with him on pushing the trash can across the room. Next thing we knew…. he had it mastered!

See you next week!!!