Behind the Scenes of Greatest American Dog: Doggie Photo Shoot 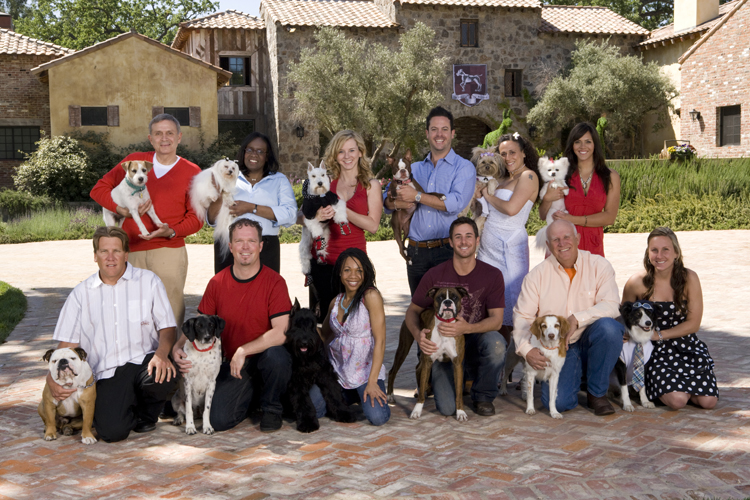 From the time we started shooting, it was obvious that they wanted relationships to start…. and not just with our dogs. Laura and I were pretty much the only single people in the competition, but I’m sure they (CBS) would have been down for anything! Here were some of the rules:

1. No computers, magazines, cell phones and no conversation about any current events.

3. If more than one person went into a bathroom, by contract, cameras could follow us in and join the party. Now, I like visiting with someone when I use the toilet, much to my friends and family’s disgust, but honestly, who would want to join me on this adventure? I guess they were hoping someone might end up in the shower or bath together. I’m sure someone did…. But just to bathe their dog!

In this extra footage clip, Laura and I decide to make dinner and you can see that’s what we are doing according to the video. What didn’t happen during the cooking process, was the conversation that was edited in, take a look:

This weeks Best In Show challenge was a photo shoot. I was worried that being in the “doghouse”, thanks to JD, I wouldn’t be able to prepare for what was to come. Thank goodness it was 10 feet from the pool so keeping cool wasn’t a hard thing to do. As we all gathered in the house, me in the doorway, Jared (host) had us all pick a word out of a hat. Having a boxer and picking the word JOYOUS, I didn’t have to work to hard. Unfortunately, there were a few people that had a hard time. I heard that after this elimination challenge viewership dropped by about 500,000 people. I guess one of the favorites might be going home this week.

Victoria is joined by Certified Animal Behaviourist Andrew Hale, to talk about the new UK Dog Behaviour and Training Charter and...