Home >> Positively Contributors >> Behind the Scenes of Greatest American Dog: Dancing with the Dogs

Behind the Scenes of Greatest American Dog: Dancing with the Dogs 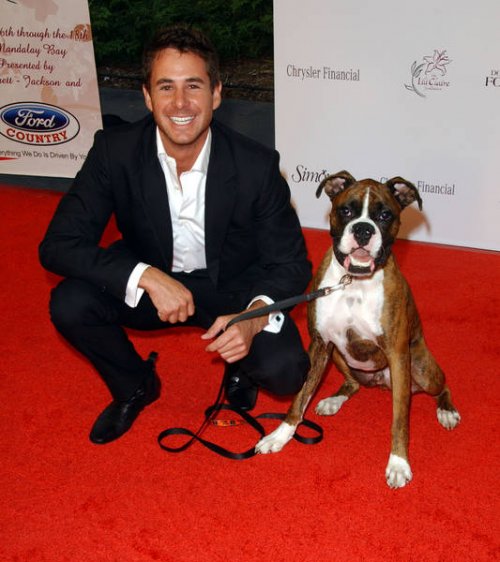 Here we are, four owners and their dogs gone, eight to go! The first challenge in this competition is a skills test. Can the owners guide their dogs across a beam approximately three to four inches wide without them jumping off into a mud pit. As far as Presley and I were concerned it was a big crap shoot. For those of you that know boxers, they aren’t the most graceful creatures. We never knew what the challenge would be exactly, but we were given opportunities to prepare in some way. For this particular challenge, they gave us a beam six inches to a foot wide. We practiced on it until we nailed it. Unfortunately, three inches is not the same!

I have helped many owners deal with their dogs’ issues of ignoring them, being distracted, the list goes on and on. Below is a short clip of Brandy trying to get Beacon to sit. Bill and Laurie chime in with some comedic lines but after watching the clip I would like to hear your thoughts…. Why did Beacon not sit?

I want to start off by saying I was humiliated by this challenge, mainly because I was/am not confident in my dancing skills. During the rehearsal process I hated it so much, Presley started to hate it as well. I was also stressed out and nervous because I just didn’t feel good about it. Presley fed off that energy and associated our “dance practice” with negative energy and an unhappy dad. This made Presley even less interested and resulted in….. well, take a look for yourself.