Home >> Positively Contributors >> An Update on the Canine Flu

An Update on the Canine Flu 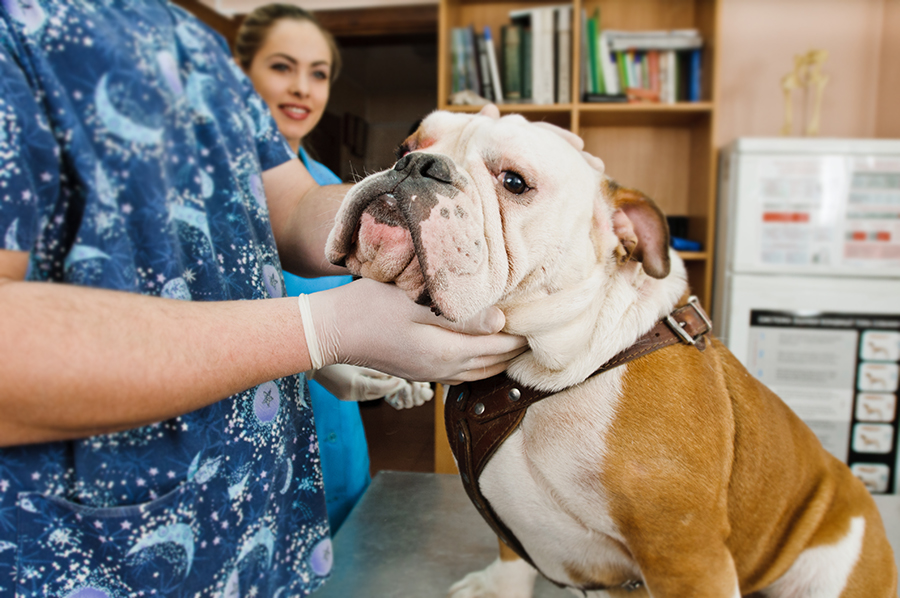 The dog flu is now spreading across the country, impacting thousands of pets, including at least one cat.

"We don't live in a bubble, and our pets don't, either," notes Dr. Jerry Klein, supervising veterinarian at Chicago Veterinary Emergency and Specialty Center in Chicago. The Windy City is where this spring and summer's outbreak of dog flu began. "I'm not surprised about what's happening," he adds.

Currently, the canine influenza strain, called H3N2, continues to spread across the U.S. It's hitting Atlanta, GA, and Asheville, NC, and has been reported in New Jersey, New York and Florida. It still lingers in the Chicago area. In all, at least 17 states have been affected. The reality is no one knows how many pets have been sickened.

Early this spring, veterinarians in Chicago reported seeing an upper respiratory virus which appeared different from typical kennel cough or bordetella. They soon realized the problem was the canine influenza virus, or dog flu. It was first assumed this was H3N8, a dog flu strain seen previously in the U.S.

The strain was subsequently identified as a dog flu seen in Southeast Asia, called H3N2, that had never been seen before in the U.S. No one knows how it got here.

Chicago veterinarian Dr. Natalie Marks says that when dog flu was at its height in her area, some days veterinarians at her clinic were treating 20 coughing dogs. When human flu is at its worst, most doctors don't see 100 cases weekly.

"Now, I know what an epidemic looks like and we were in the middle of it," Dr. Klein says.

While official reports accounted for hundreds of sicked dogs, she concedes thousands of dogs were likely affected by the dog flu in the Chicago area alone, according to Dr. Donna Alexander, Cook County administrator for the Department of Animal and Rabies Control.

Pinpointing the exact number of pets with dog flu is complicated.

The official number of cases can only be determined based on the number of dogs testing positive for H3N2; suspected cases don't count. Therefore, the official numbers may vastly under-represent the real count. For starters, many dog owners decline testing. Also, dogs are sometimes tested while they're still showing symptoms but the virus has already left their system (so the test is negative, even if the dog has had flu). Also at some clinics, the swab used to test contained bleach, which killed the virus – causing false negatives.

What’s more, no one knows how many owners with sick dogs haven't visited a veterinarian because they have no way to get there, feel they can't afford it, or their pet doesn't seem sick enough. In fact, like people with the flu, most dogs recover. Those who don't can develop pneumonia and even die.

According to Alexander, eight dogs officially diagnosed with H3N2 have died in the Chicago area, but she suggests the total is likely higher. It seems the mortality rate for the H3N2 strain is about one to three percent.

"That's very low, but not if it's your dog," Marks adds. No one knows how many dogs have succumbed nationwide from this new strain of flu.

At Smallwood's clinic in Decatur, GA, since mid-June, 70 dogs have been seen with respiratory symptoms, but 40 owners declined testing for their pets. Of the remainder who did test, seven dogs were positive for H3N2.

The good news is, flu cases appear to be limited to the city of Atlanta; so far, the suburbs have mostly been spared. Also, the numbers of coughing dogs entering clinics in Atlanta is now quickly diminishing.

"We learned a lesson from Chicago; getting on the media, telling people to keep their dogs away from other dogs," Smallwood says.

So, how bad will the dog flu outbreak get? Will New York suffer the same fate as Chicago? Dr. Melissa Bourgeois, a specialist in microbiology and Senior Specialist for Drug Safety at Merck Animal Health, says she's not surprised by the spread of flu. However, the nature of how it spreads is impossible to predict.

It's known that in Asia H3N2 can also affect cats, and it finally has here, as two unrelated cats adopted from a New York City shelter showed symptoms this month.

"Only one cat was tested for flu," says Dr. Alexis Seguin, internal medicine specialist, Medical Affairs-Molecular Diagnostics and Medical Information Integration Specialist at IDEXX Laboratories, Westbrook, ME. "The confirmed positive cat has had a full recovery, although her housemate has some continued mild chronic cough."

Since upper respiratory virus is ubiquitous in cats, it’s possible more cats have gone undiagnosed. Again, no one knows.

Dogs who caught the H3N8 flu (the flu that previously affected dogs, and still exists) have a 20 to 25 percent chance to carry the bug but did not feel sick in any way. Those are lucky dogs, but the dogs' owners have no way to know their dog is spreading virus. That doesn't appear to be the case with this new strain from Southeast Asia, H3N2. It appears about a 100 percent of dogs exposed will become ill. However, researchers are still learning about H3N2.

Also, speak with your veterinarian about the available canine influenza virus vaccine (it's really two vaccines, an initial shot and a booster, and it's only for dogs). The vaccine was created for the dog flu which was discovered back in 2004, H3N8. Whether or not the vaccine can prevent or at least lesson symptoms of the virus now spreading, H3N2, is unknown, according to Bourgeois.

Although many veterinarians are suggesting the vaccine for social dogs. For starters, cross protection could exist. Even if the vaccine only protects for the flu strain it was created for, protecting dogs from that strain isn't a bad idea. Also, Bourgeois talks about how the two flu viruses could even combine, and the more vaccinated dogs in the community, the less likely that may occur.

Veterinary medicine is about risk/benefit. If you live in an area where flu doesn't exist or just one or two dogs have been diagnosed across a large region, the risk of your pet getting the flu is minimal, while there are many benefits to allowing social dogs to hang together.

"However, if the dog flu is occurring where you live, keep your dogs away from other dogs," says Marks. "Talk with your veterinarian about appropriate precautions."

Bourgeois says to watch for the following symptoms: