Home >> Positively Contributors >> Akila, a feral beauty once thought to be a wolf, learns how to love through positive training

Akila, a feral beauty once thought to be a wolf, learns how to love through positive training 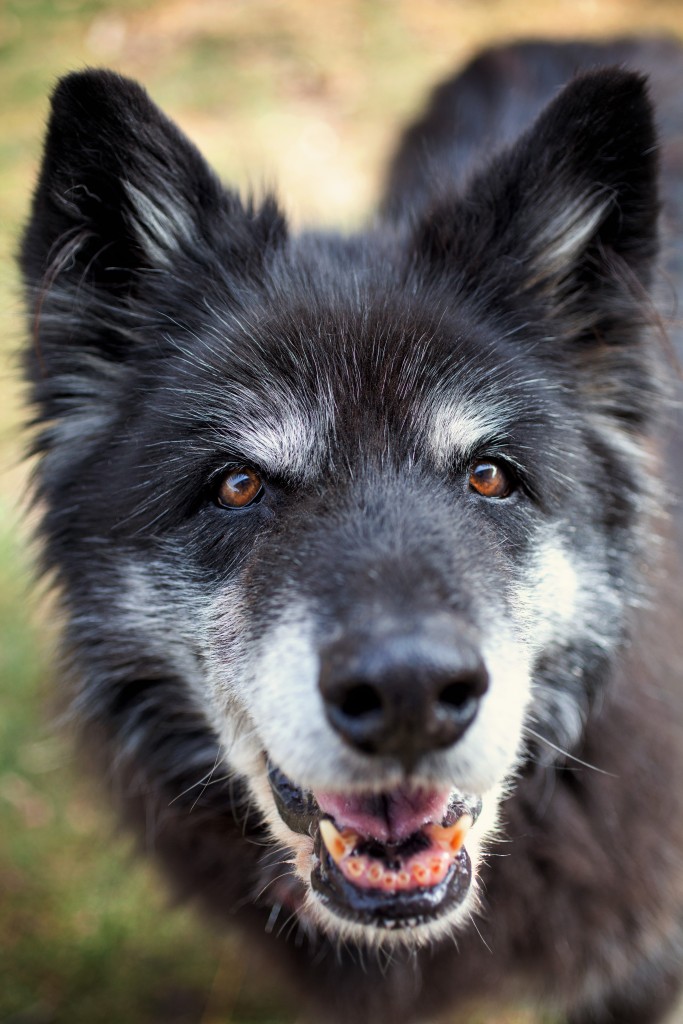 Stacey and Bret Chappell of Salt Lake City know this to be true. Back in March 2011, they fell so in love with a photo of a dog named Akila that they felt an irresistible need to go meet her. They drove seven hours to the Best Friends Animal Sanctuary in Kanab, Utah, where Akila had lived since she was a puppy. 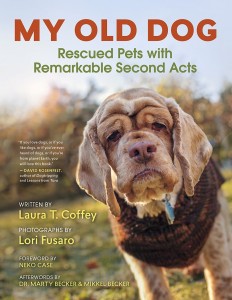 As recounted in “My Old Dog: Rescued Pets with Remarkable Second Acts,” the new book I've written with photographs by Lori Fusaro, Akila was 5 months old when she relocated to Kanab from a wolf sanctuary in Colorado. Her caregivers at the wolf sanctuary had determined that she was not a wolf, but a dog — but by that time, she had missed a key window of socialization. She had become, in essence, a feral or a wild animal.

Akila lived in safety and received good care at the Best Friends Animal Sanctuary. Around the time she turned 11, though, sanctuary staffers started sensing that Akila might want closer companionship with people. They began wondering: Could this 11-year-old dog be helped to live out her final years in the comfort of an actual home?

They ran a photo of Akila in Best Friends magazine to see whether just the right adopters might step forward. The Chappells arrived on the scene within days and took Akila home with them.

The experience of helping Akila acclimate to regular dog life in a regular home wasn’t easy — at all. As Stacey put it: “Do you have any idea how hard it is to bring a dog home and not be able to touch it?”

Stacey patiently stuck with a training regimen for Akila that had positive reinforcement and compassion at its core. And over months of time, it worked: Akila eventually grew accustomed to being touched and receiving affection from her patient and accepting humans.

Here, Stacey describes the regimen she followed to help Akila relax and adapt:

"Getting in the car: She didn’t like the car, would drool excessively and sometimes throw up. First we just stood by the car and I gave treats. After about a month I got in the back seat with her and we’d read and eat cheese. She liked cheese! I could also stroke her in there because she couldn’t escape. If she seemed too stressed, we’d get out. Too stressed was the point where she couldn’t take treats — that meant ‘over threshold.’ Later I’d start the car but we’d still just sit in the back seat. Once we started going fun places, she would get in on her own if we gave her time to think it over.

"Letting us leash her: She loved her walks but occasionally was too nervous to let us approach and leash her. One day when she did this, we just left her and walked the other dogs. We could hear her barking a block away — she didn’t like us leaving. After doing this twice, she always let us leash her. 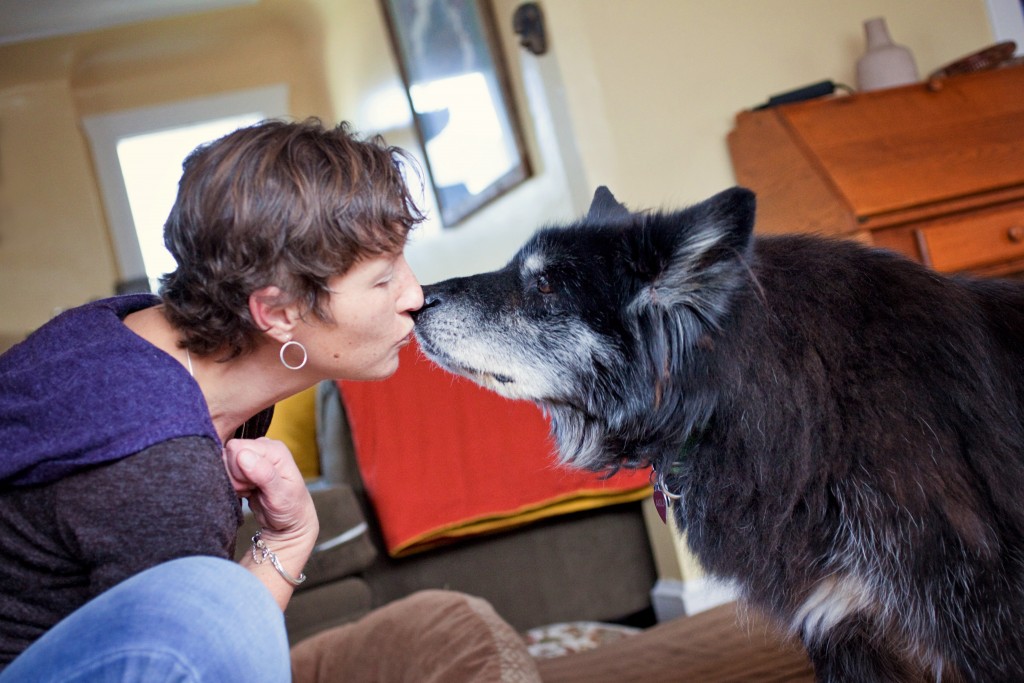 "Letting us touch her: She could comfortably be near us, but just didn’t want to be touched. Some advice we received was to get her to touch me — to give her the power. I started the touch game with my hand, putting a treat in my closed hand, she’d touch it with her nose, then get the treat. This evolved and she would touch many times before getting the treat and would touch my nose to get her treat. She also got so she would take treats out of Bret’s mouth.

"Helping her make eye contact: Akila seldom made eye contact, just staring all around and focusing on nothing. So I trained her for eye contact, holding the treat in my hand with extended arm and saying, ‘Watch me.’ The second her eyes met mine she got a ‘good girl’ and the treat. Soon she would stare for several seconds.

"Brushing her: She needed to be clean — brushed and trimmed. She always had to be leashed for this or would leave. I used a special blanket and would give her chicken each time I cleaned out the brush. She usually liked this and it evolved to her allowing me to pet, kiss, hug and massage her. That was so cool because it was the only time for two years that I could hug her and kiss her.

"Teaching her tricks: Using treats, and with the help of the other dogs, she also learned tricks. ‘Change the way they move and it will change the way they think,’ was the advice I received. She learned to ‘step up’ on a stool with her front feet, step over low hurdles, and chase us in the yard."

Akila's story is just one of many happy senior-adoption success stories in the "My Old Dog" book. In its pages you'll meet Marnie, the irresistible shih tzu who has posed for selfies with Tina Fey, James Franco, and Betty White; Remy, a soulful nine-year-old dog adopted by elderly nuns; George Clooney’s cocker spaniel, Einstein; and many other older dogs who scored remarkable second acts.

Laura T. Coffey is a writer, editor and producer for TODAY.com, the website of NBC’s TODAY show, and the author of the new book “My Old Dog: Rescued Pets with Remarkable Second Acts” with photographs by Lori Fusaro.

Laura T. Coffey is a veteran journalist and the author of the book “My Old Dog: Rescued Pets with Remarkable Second Acts.” She has been a writer, editor and producer for TODAY.com, the website of NBC’s TODAY show, since 2008.

More about Laura More Articles from Laura
JOIN THE CONVERSATION

3 thoughts on “Akila, a feral beauty once thought to be a wolf, learns how to love through positive training”