Home >> Positively Contributors >> A Window Into the Wild

A Window Into the Wild 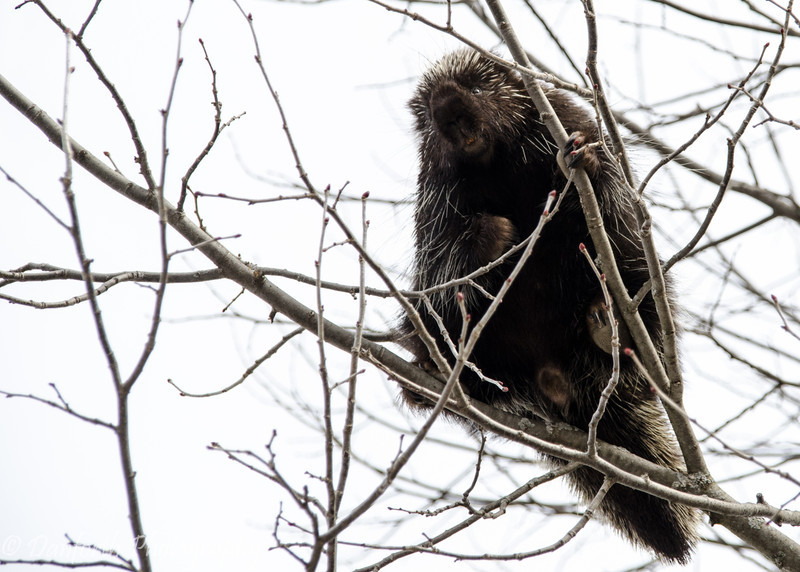 I was talking with Alex – who works on Positively.com – and she mentioned National Wildlife Week was coming up – and would I be interested in writing about it for Postively.com?

Of course! All I had to do was go home- sit on the couch- and take notes.

I mean- this was a no brainer.

One dog was eating something she brought in from the back yard that looked suspiciously like it had been part of a living tree at some point in its life.

The other dog was barking and howling at the moon—that would show up eventually – as it was only 2pm.

The cat was hunting down a dust bunny that had emerged from under the couch as the heat kicked in.

Even my husband was foraging in the fridge for something to eat.

Yes, of course.. I practically live in the wild- this should be easy.

But upon further study.. I discovered this actually is a thing. Although it’s not celebrated as much as Arbor Day- National Wild Life Week is extremely important for our future. According to the National Wildlife Federation.. it’s the “longest running education program designed around teaching and connecting kids to the awesome wonders of wildlife.”

Now maybe you are one of the lucky ones who has been on a safari—but what if the closest you will ever get to natural wildlife is playing the ‘Hungry Hippo’ game? This is an opportunity to celebrate all creatures big and small and hairy—and to learn and respect even the tiniest of beings.

Here in Atlanta where I live.. the Environmental Education of Georgia is encouraging everyone celebrate by doing what comes naturally.. (that is, if you are not my husband) and that’s get up off the couch- get outside—climb a tree.. dig in the dirt.. chase butterflies and be one with nature.

The goal? To be more connected with the world around you.

Not only will we be healthier.. but we will more connected to nature- and more likely to respect our fellow living beings.

If it is still snowing where you are (Hello Boston) and it is not possible to dig in the dirt- that is covered by 14 inches of snow and ice- then hop on line and celebrate with the “Googles” – try searching “Star- Nosed Mole” (can that thing breathe?) or “Axolotl” (did Pixar create this?) or even “Aye-Aye” (I may have nightmares for years) and learn about all creatures big and small.

And most importantly- every celebration deserves cake…. …. So there’s that.

Holly is an Emmy-nominated journalist and a correspondent for CNN. She is active in many charities and actively raises money for cancer research and animal shelters. Holly co-hosts the Positively Podcast and was featured in an episode of 'It's Me or the Dog'.

More about Holly More Articles from Holly
JOIN THE CONVERSATION