A Rundown of America’s Favorite Dogs 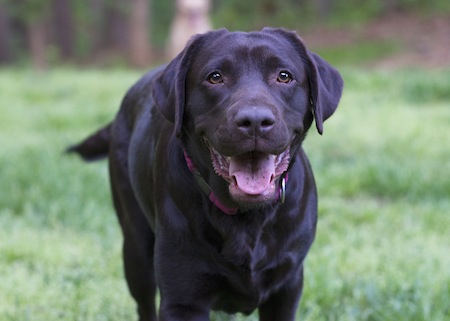 The Labrador Retriever continues to hold the title of America’s top dog, since 1991, according to just released 2014 American Kennel Club (AKC) registration numbers.

The AKC began tabulating and comparing breed registration numbers back in 1936, when the crown for the most popular breed went to the American Cocker Spaniel. In 1953 the Beagle barked to the top until 1960 when the various Poodles (toy, miniature and standard varieties combined) became America’s most fashionable choice. The American Cocker Spaniel regained top dog status until 1983, and then the Labrador took over, and haven’t given up the big ball since.

At number two on the AKC list is the German Shepherd Dog for the sixth consecutive year. A perennial top five breed is the Golden Retriever, settling in as the third post popular breed.

Back in 1994 the Bulldog was number 33 on the AKC pop chart, as they began their gradual climb toward the top. Today the Bulldog is the fourth most popular breed in America, gaining a notch from the year before. The breed is among the trendiest. No doubt for their appealing good looks (well, if you like the Bulldog look) and generally amiable personality help to explain the surge in popularity. However, Bulldogs don’t come cheap, not to mention treating a laundry list of potential health issues.

The Yorkshire Terrier, which was at number 11 back in 1994, managed to hit the number two mark on the AKC list in 2008 has landed at number six for the third year in a row.

The Poodles kind of cheat as all three varieties, miniature, toy and standard, are all included as one breed. Back in 1994 the Poodles were at number five, at number eight in 2013, and now at number seven. They are consistently among the AKC top ten.

Once one of the most popular family dogs (in the 1970s and 1980’s), Boxers then inexplicably dropped below the top 20. In recent years they’ve steadily regained most of the fanfare they lost, and are now at number eight on the AKC chart.

How times change. In 1994 most people didn’t know what a French Bulldog even is as Frenchies languished at number 81. It’s hard to believe that the Basenji, Keeshond and Chesapeake Bay Retriever all exceeded the French Bulldog in popularity. Now, for the first time, Frenchies cracked the AKC top-10, landing at number as the ninth most popular breed.

No doubt their effervescent personalities and even sense of humor, as well as their compact size has propelled their growing appeal.

Rounding out the top-10 is the Rottweiler, which was the second most popular AKC breed back in 1992.

For the first time in a very long time, the Dachshund varieties fell short of the top-10, dropped to number 11.

Until now, the still popular Havanese, may have been the hottest breed. In 2001, this little relative of the Bichon Frise was the 75th most popular, but now for the second year in a row the Havanese has settled in at number 25 on the AKC list.

Compared to five years ago the trend is down for these breeds:

Compared to five years ago the trend is up for these breeds:

And every list has a bottom; the AKC breed rankings are no exception. The bottom three breeds are, number 176 Cesky Terrier; number 177 English Foxhound (the American Foxhound doesn’t do much better, at 174) and in the basement, at number 178, the Norwegian Lundehund.