Home >> Positively Contributors >> A Dog Died Today. Because of a Trainer.

A Dog Died Today. Because of a Trainer.

Or trainers. I can't clearly put this in any one person's lap.Let's back up and see where we are. First off, I am not going to identify the trainer(s), the dog, or the family. My purpose is not to belittle or attack anyone. Instead I want this to be a learning experience for other trainers and a warning to owners.The dog was.....let's call it (not as a thing "it", but as a "I'm not telling you any more details 'it'") Stat-as in short for the statistic he/she/her/him/it became. Stat was a dog rescued from a municipal animal control facility by a foster family. Stat was initially a friendly, accepting dog. Needed a bit of socialization, but a generally good dog that needed a home and a few manners. 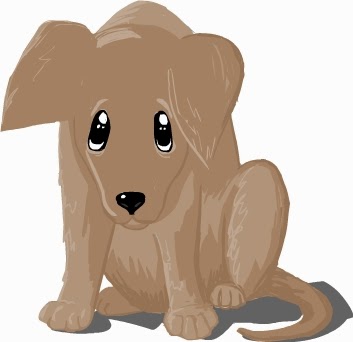 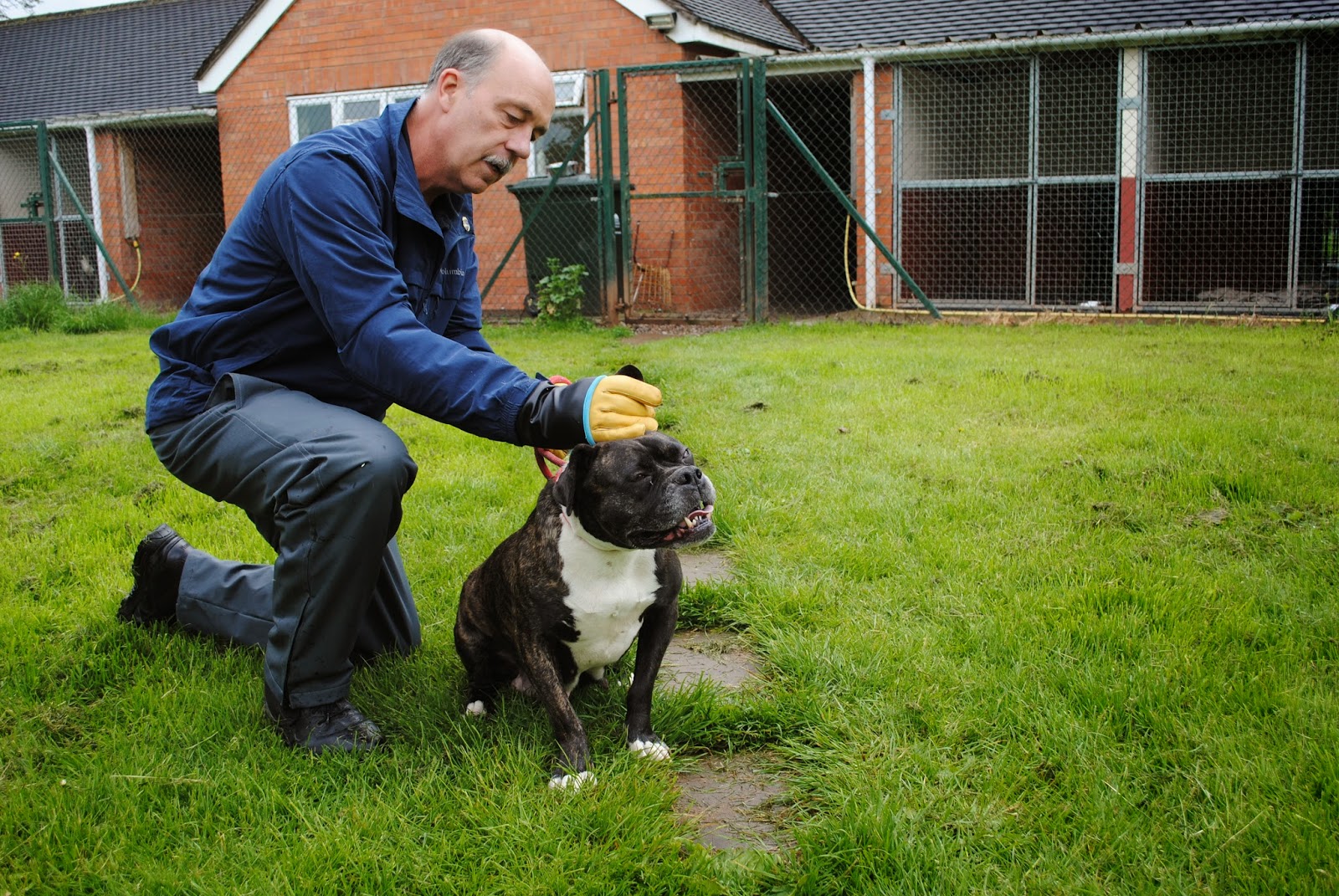 Obviously the four-legged model is cuter. Please note that this is not the dog I've written about in this article.

Now here is a look at the bite to my leg that would have been a serious Level 4 had the pants not taken the punishment: 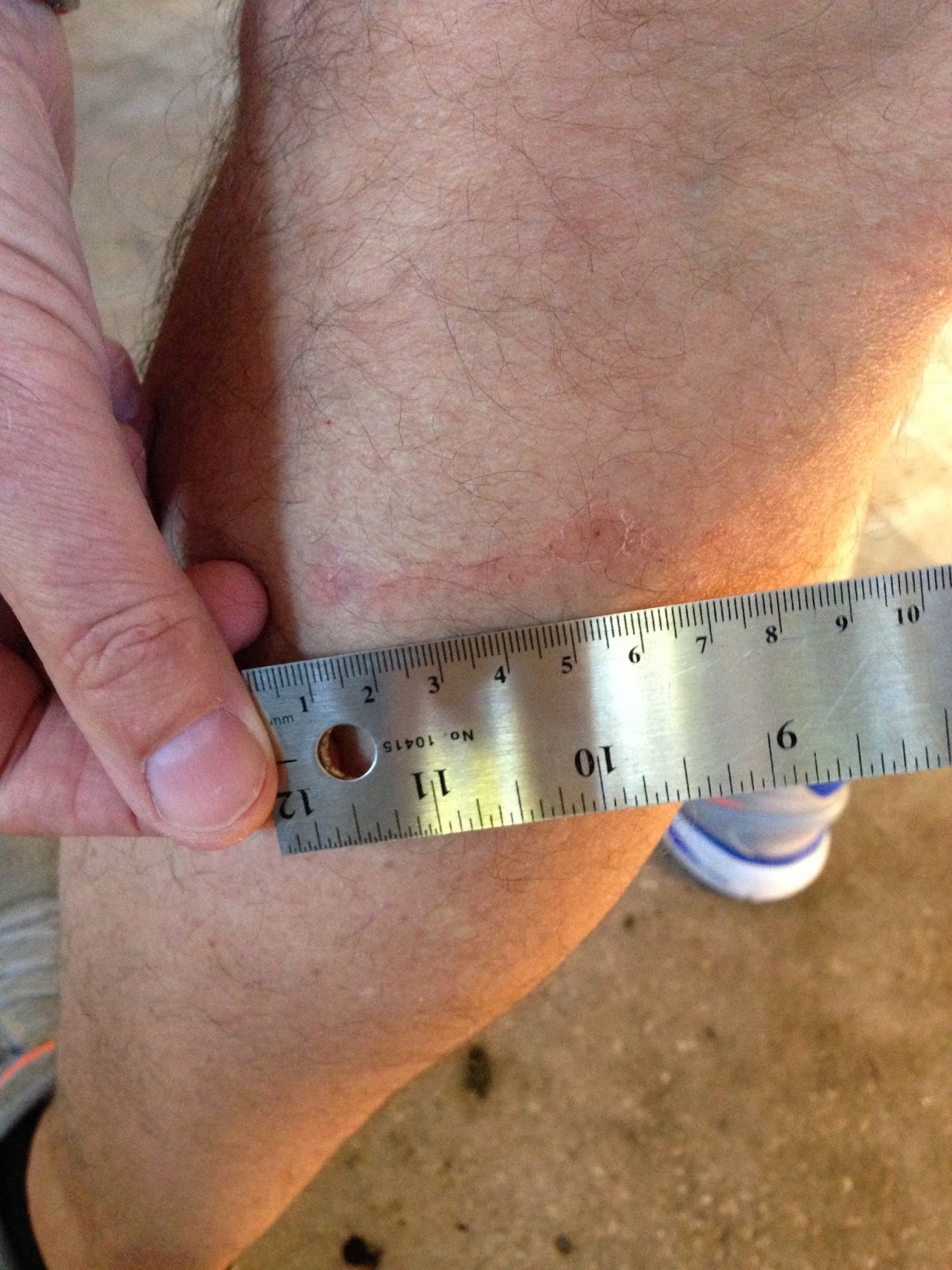 As you can see there was only a little abrasion and minor scratching through the pants, but no puncture. You feel all the pressure since they are not padded. The bite hurts, but the teeth don't come through. I am not saying that these will stop everything and anything, but they certainly do work. They come in a couple sizes and are comfortable to wear. They are no where near as hot or bulky as a full set of bite gear. And you would NOT want to use these for protection dog training as they are NOT designed for that. But for protection while training or evaluating dogs in comfort and safety, I'm happy.

The pants can be ordered from www.animal-care.com, Animal Care Equipment and Services. They are $98.50 a pair. They don't seem to have been added to the online catalog yet, but just call and speak to Chama Gomez at 1-800-338-2237 ext 101. Ask her for my pants. Unworn.

In the above photo I am also wearing the Kevlar lined leather gloves that ACES sells. This model is called the Humaniac Deluxe Duty Gloves. They are tight (which I want so I can manipulate dog, lead, and tools) and are thin enough that you can feel what you are doing. They are $45.00 a pair and come in sizes. My fairly big hands take a large.

The sleeve you can see poking out from under my jacket above are made by BiteBuster and can be purchased from their website at bitebuster.com or through ACES. They fit over your hands and forearms, with a double layer over the palm of your hand giving even more protection-and a thumb loop so they can't pull back and leave your wrist exposed. They are called the Armadillo Arm Sleeves and run between $25 and $30 depending on size.

And disclosure: neither of these fine folks have paid me for this. They did give me samples to work with because I won't support something that doesn't work for me personally.

Read more about canine aggression issues on my blog.

Jim Crosby is a retired Police Lieutenant who has become an expert in canine aggression, dog bites, and is a Certified Behavior Consultant. Besides being an expert on canine forensics, Jim is proud to be a member of the VSPDT team.

More about Jim More Articles from Jim
JOIN THE CONVERSATION

47 thoughts on “A Dog Died Today. Because of a Trainer.”