Home >> Positively Contributors >> 5 Reasons Why Exotic Birds Are Given Up, And How You Can Help Them

5 Reasons Why Exotic Birds Are Given Up, And How You Can Help Them 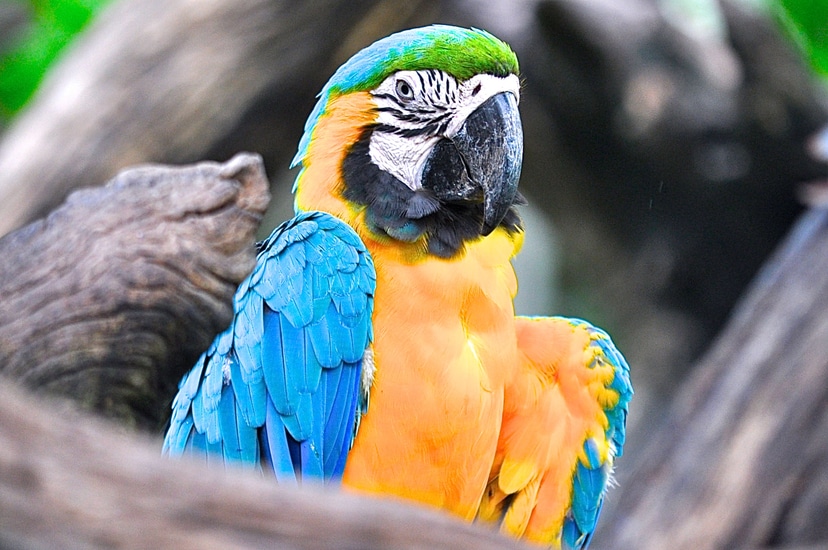 According to the Avian Welfare Coalition, parrots and other exotic birds are the fourth-largest group of animals kept as pets, and they comprise the largest population of captive wildlife in the U.S. With these statistics, it’s not surprising that birds have become one of the fastest-growing groups of unwanted pets. . Unfortunately, few animal shelters have facilities to house parrots, and many shelters have to turn away unwanted birds. As a result, many parrots are euthanized because there is nowhere to place them.

Why do so many parrots end up in shelters or have to be euthanized? Certainly, there are many reasons. But here are perhaps the top five:

Many people see playful parrots in pet store windows and think they just have to have them, without having any idea about what owning a parrot involves, or they mistakenly think that birds are less maintenance that a dog or cat because they don’t have to be walked and don’t take up that much space. Once they take the bird home and see that it’s very messy, potentially very loud, and needs a great deal of time outside the cage every day, they’re surprised. Not living up to owners’ expectations, many birds are then abandoned at shelters or worse, left to languish in their cages with little to no attention.

Wild birds scream to communicate. Flocks typically squawk loudest at dawn and dusk during feeding and while courting and nest building. Unfortunately, dawn and dusk are not ideal times to have pets screaming in our homes. Unfortunately, bird owners often inadvertently positively reinforce this screaming behavior by running to the screaming bird’s cage to reprimand it. The bird interprets the reprimand simply as attention from the owner; thus, it’s likely the bird will continue to scream to get more attention.

Screaming isn’t the only behavior many parrot owners don’t understand. Since birds don’t have hands with which to grasp, they normally use their beaks as appendages to help them climb around and as tools to help them eat. Often when a bird reaches out to a person with its beak, it isn’t to inflict damage but to help the bird move. Frequently, people misunderstand this behavior and think that the bird is being aggressive and is trying to bite them.

Finally, many people expect young birds to be as docile as many puppies are. In fact, parrots are extremely smart and independent and may not be as submissive as young dogs. So, if you want a compliant, obedient pet, get a dog and not a bird.

Wild parrots are very social, living in flocks of hundreds to thousands. Many pet parrots, however, have had little to no contact with other birds and see their human caretakers as flock-mates. This relationship may work just fine until the parrot reaches sexual maturity (about 5-8 years of age for most medium to large-sized parrots) and then views its human flock-mate as a sexual partner. The bird may then become very protective of that individual, attacking other people in the house who interact with their love object, or may scream or pick at its feathers and skin out of sexual frustration. Because of these unwanted behaviors, sexual maturity is frequently the time that many parrots are given up to shelters.

Many new bird owners never think about the expenses associated with owning a bird other than the cost of purchasing it. Most bird owners never consider the cost of preventative medical care for their birds and often are surprised when their pets get sick and require emergency veterinary treatment. If you’re considering a bird as a pet, think about whether you have the funds to cover medical care, especially if you’re thinking about adopting a larger parrot that might live for several decades.

Often, parrot owners don’t consider what will happen to their birds if their birds outlive them. Large parrots can live more than 50 years in captivity, and certain smaller species can live into their 30s. Unfortunately, many parents tire of their kid’s pet birds when the kids go off to college, and many senior citizens don’t know what to do with their birds when they become unable to care for them. Most bird owners’ relatives don’t want to be responsible for these pets when their family members pass away. All of these factors often result in pet parrots being dumped in shelters to live out their lives or be euthanized, if they aren’t adopted. So, if you’re considering a pet parrot, think long term.

What can we do with all these unwanted birds?

Finally, people who don’t want to own a bird but who still want to help unwanted parrots can make a donation to a recognized parrot shelter or rescue organization to help care for these birds. For the right people in the right circumstances, parrots can make wonderful, loving pets. The key is to be educated about them first and to visit a shelter to rescue a bird in need. And, if you’re not ready to adopt a bird yourself, for adopt a rescued bird month, you can still help needy birds in shelters worldwide by making a donation. January 5th is National Bird Day, and what better way to honor birds by either welcoming one into your home or donating to their care?

4 thoughts on “5 Reasons Why Exotic Birds Are Given Up, And How You Can Help Them”