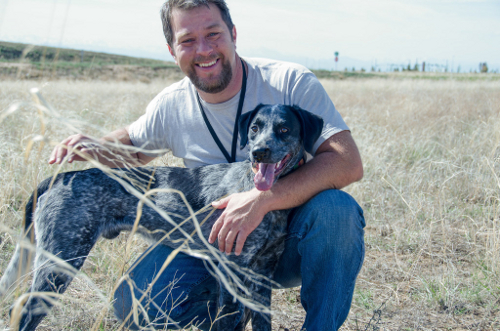 Thomas Aaron has always loved hunting with dogs and spent much of his childhood helping his father raise and train hunting hounds — Redbones, Treeing Walkers, Black-and-Tans, Blueticks and Beagles. As a youth, Tom spent every available hour with his “bench-legged feist” Pee Wee, roaming the hills of West Virginia in search of small game.

After serving in the U.S. Army, Tom met his wife, Linda. They moved to Colorado with their three amazing children – Stephen, Harrison and Julia – in 2000, and Tom became interested in positive reinforcement training and operant conditioning after witnessing the training of zoo animals and marine mammals without the use of force. After earning his dog training certification from Animal Behavior College in Valencia, CA, he and Linda decided to create a dog training company, FetchMasters, LLC. In its infancy, they both continued to work at their full-time jobs to support the company's growth – his as a technical support engineer for a computer company and hers as a canine and equine massage instructor for Rocky Mountain School of Animal Acupressure & Massage. 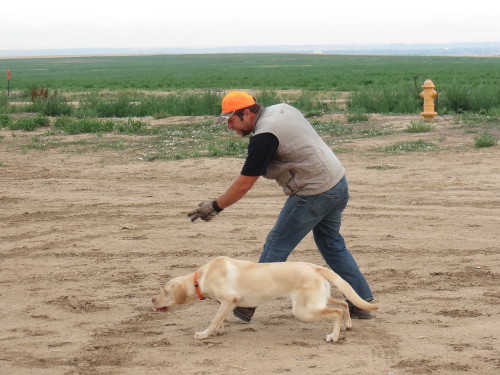 While on a family road trip, they found a deserted a Labrador Retriever puppy on the side of the highway. After Linda convinced Tom they should keep the pup and train her to be a gun dog, Tom began reverse engineering his knowledge of traditional gun dog training in order to eliminate shock collars and other aversive techniques from his methods. Since then, Tom has refined his training methods for developing off-leash reliability, reliable recall, and field/hunting skills on nearly a thousand dogs in the Denver area and has a developed a reputation as the go-to source for positive, high-reliability obedience training. Together they have built one of the best-known dog training companies in Denver, Colorado.

To formalize his method of training hunting dogs, Tom developed The Positive Gun Dog Training Program. When demand began to grow, Linda left her job teaching canine and equine massage and began working for the company full-time to manage and operate the FetchMasters Board-and-Train Facility, where they continue to perfect and promote positive gun dog training in their region. 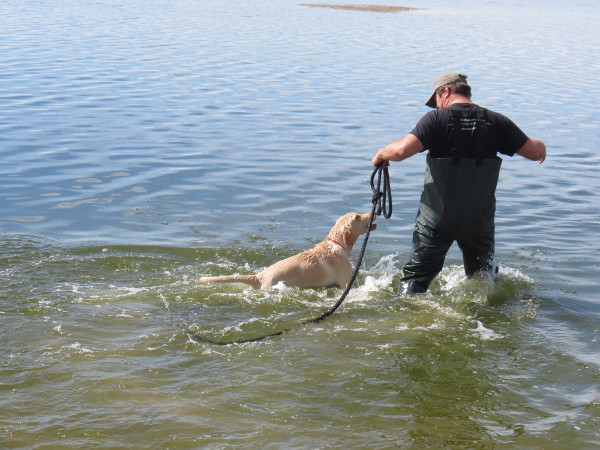 FetchMasters and the Positive Gun Dog Training Program has been a family affair, and all of their children have worked as kennel assistants and junior dog trainers. They still frequently pitch in to allow Tom and Linda some time to relax or travel to workshops.

FetchMasters offers lectures and workshops in Denver and elsewhere to teach others about positive gun dog training, and Tom is releasing his first book on gun dog training in May of 2015 to a growing and eager audience.

With their children grown, Tom and Linda devote nearly all of their time to spreading the word about positive gun dog training, and it is rare to see Tom without a client dog or one of his three dogs: Alie, a Labrador Retriever and Tom's prize bird dog and constant companion; Roscoe, a Bluetick Coonhound mix Tom trained for bedbug detection work; and Rooster, a German Shorthaired Pointer and exceptionally talented hunting dog – precisely the kind many claim cannot be trained without a shock collar.