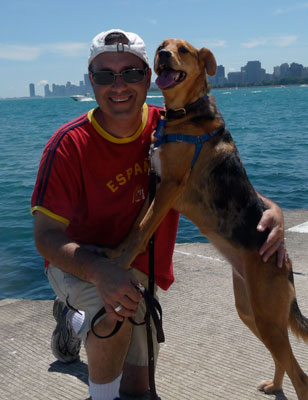 He recently contributed to the upcoming feline text book, “The Cat: Clinical Medicine and Management.” Among his other contributions, “American Association of Feline Practitioners Feline Behavior Guidelines,” and CATegorical Care (a publication of the American Humane Association and CATalyst Council (reviewed by the AVMA, Winn Feline Foundation, SAWA and others).  Steve is the author of “DogGone Chicago: Sniffing Out the Best Places To Take Your Best Friend” and American Zoos.”  He has also contributed chapters or introductions to many books including “Chicken Soup for the Cat Lover’s Soul,” “Bonding With Your Dog,” and “Dog Spelled Backwards” to name a few.

Steve serves on Boards of Directors of the CATalyst Council (he is a founding member), Winn Feline Foundation, Tree House Humane Society in Chicago, and the American Humane Association – where is a National Ambassador.  In Chicago, Steve created a Task Force on Companion Animals and Public Safety, Among Steve’s many awards, the AVMA Humane Award, and in 2001 the Editor and Publisher syndicated newspaper Feature Writer of the Year Award.

Steve’s a regular speaker at veterinary conferences around the world, shelter fundraisers and special events.

One thought on “Steve Dale”