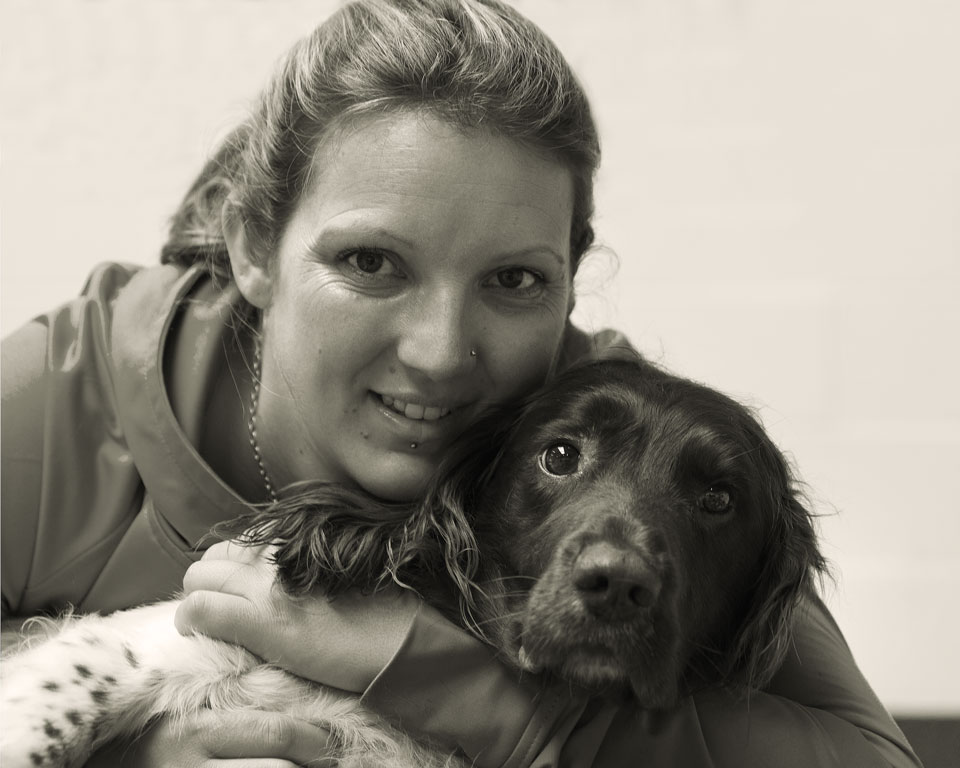 Louise started her professional career with dogs in the Prison Service. After growing up on a dairy farm in the English Lake District, surrounded by dogs and horses Louise was destined for a life with animals. But it wasn’t until the first day in her new job in the Prison Service when she saw a dog handler exercising his Springer Spaniel, that she realised this was what she wanted do.

Initially Louise worked as a Drug Search Dog Handler working both passive and active Drug Detection Dogs. Then she transferred to a maximum security prison to become a Patrol Dog Handler. Patrol dogs and handlers have a very demanding job both physically and mentally and it was this that led Louise to a career as a Canine Massage Therapist.

Louise noticed that quite often dogs would struggle in their duties, due to what on first glance often looked like training or behaviour issues but she knew there had to be more to it than that. Sometimes for no apparent reason dogs would become afraid of shiny floors.

Its now all too obvious to Louise what the issue was, these dogs had clearly, at some point sustained a common slipping injury on these floors that had led to muscular strains, inhibiting their physical ability due to pain. This is an injury Louise sees all too often in practice as many dog owners opt to have laminate or tiled flooring so its not just limited to working dogs.

Whilst trying to find the answers Louise discovered the Canine Massage Therapy Centre. She then studied with them to gain a Diploma in Canine Massage. It made perfect sense to her, as like many dog handlers, Louise now suffers the effects with shoulder and back problems and massage is the therapy that gives her the most relief above all others.