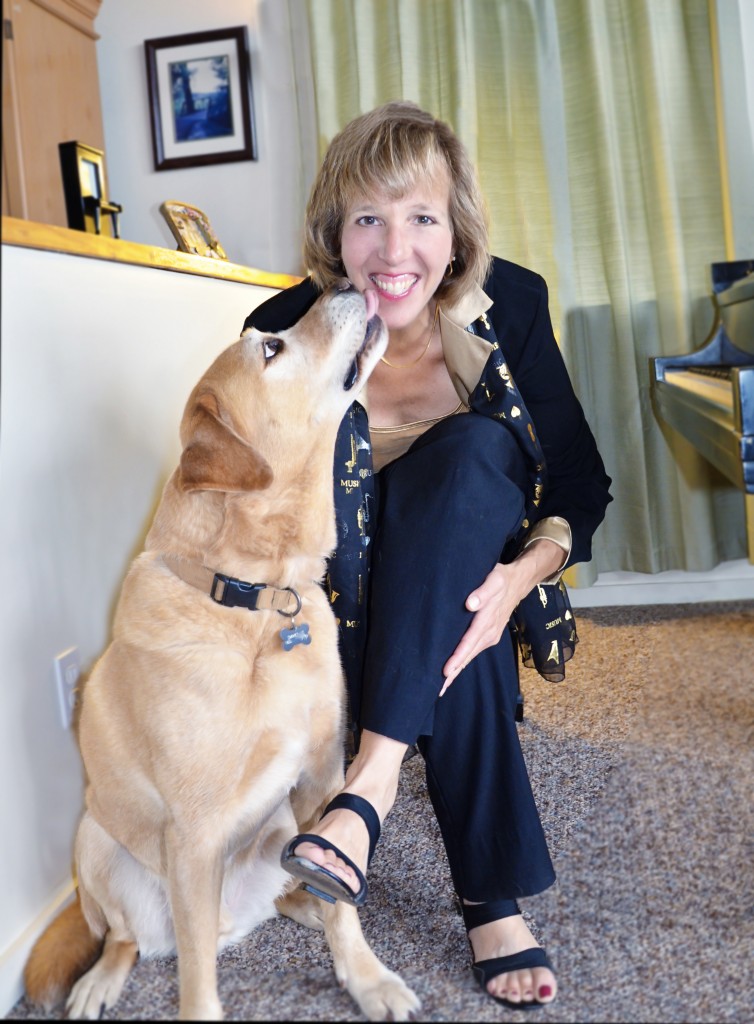 Lisa Spector is a concert pianist, Juilliard graduate, and canine music expert. By combining her passion for music with her love of dogs, she co-created Through a Dog's Ear, the first music clinically demonstrated to relieve anxiety issues in dogs.

As co-founder of Through a Dog’s Ear and the pianist on the music series, she has appeared on the CBS Early Show, Martha Stewart Living Radio, and Victoria Stilwell’s Positively podcast. In 2012, Through a Dog’s Ear was featured on Good Morning America and their inaugural CD, Music to Calm your Canine Companion Vol. 1, reached Billboard’s Classical Top 20 Chart.

iCalmDog, their new portable player, has been featured on The Today Show, The Hallmark Channel, USA Today and The Whole Dog Journal. Lisa has collaborated with Victoria Stilwell in developing training programs, including the Canine Noise Phobia series.

As a concert pianist, Lisa has won first prizes in Chopin competitions in New York and Los Angeles and has performed in China, Poland, Spain, France, Italy and throughout the U.S.

Spector heads the Through a Dog’s Ear “Music in Shelters” program, a project inspired by her volunteer work in shelters. Her piano playing is currently played in over 1,500 shelters worldwide, where it is helping increase adoption rates. In addition to calming the dogs, it helps create a quieter atmosphere, encouraging visitors to stay longer and adoption rates to increase. The donated music is also sent home with adopters and their new forever dogs.

A former puppy raiser for Guide Dogs for the Blind, Lisa performs Classical Canine Concerts (for people and dogs) as fundraisers for non-profit animal organizations. Currently she shares her heart and her home in the San Francisco Bay Area with two “career change” dogs from Guide Dogs ~ Sanchez and Gina. Actively involved in dog agility, she’ll be running her Labrador Gina at Cynosport (USDAA Nationals) 2014.