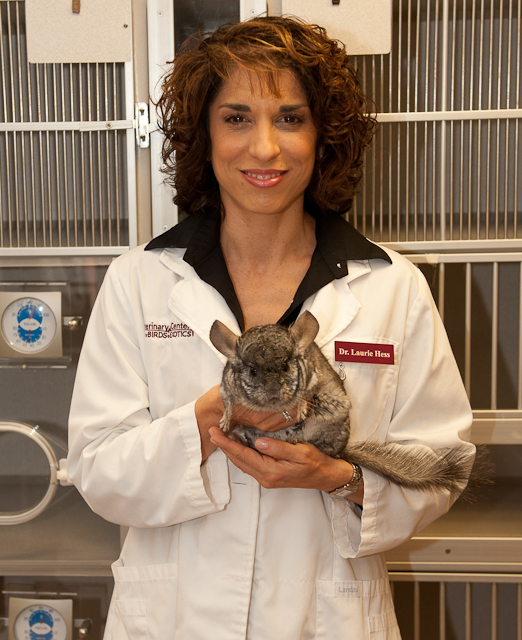 Dr. Laurie Hess (www.LaurieHessDVM.com) is only one of approximately 150 veterinarians in the world board-certified by the American Board of Veterinary Practitioners in Avian (bird) Medicine. She is the owner of the Veterinary Center for Birds & Exotics, the only all-bird/exotic animal hospital in Westchester County, NY, and the surrounding areas, and the only American Animal Hospital Association-accredited bird/exotic pet specialty hospital in NY.  As a specialist in bird medicine and surgery, Dr. Hess sees solely birds and other exotic pets, such as rabbits, ferrets, guinea pigs, sugar gliders, hedgehogs, smaller rodents (mice, rats, chinchillas, hamsters, gerbils), prairie dogs, reptiles, and amphibians. She not only treats sick exotic pets, but also advises owners about preventative care/wellness medicine for exotic pets, including proper diets, environment, and behavior.

Dr. Hess was as exotic pet expert on Animal Planet’s exotic pet series, Little Pets 101, Peculiar Pets 101, and Faithful Friends. She has also been a repeated guest on the Martha Stewart Show and has been a featured veterinarian on several other national and local TV shows including CBS’s The Doctors, 48 Hours, Inside Edition, FOX TV’s Good Day Street Talk, FOX Business News, the Hallmark Channel’s Petkeeping with Marc Morrone, and the WPIX Morning show in New York City. She is a regular guest on radio stations across the U.S. and Canada discussing various exotic pet topics, and she hosts a monthly Internet radio show, Bird’s Eye View, on Pet Life Radio. Dr. Hess was featured weekly as the "Exotic Pet Vet" on the New York/New Jersey/Connecticut cable TV station, RNN TV, and she has been a guest discussing exotic pets on Sirius XM, Animal Radio, and Blog Talk Radio. 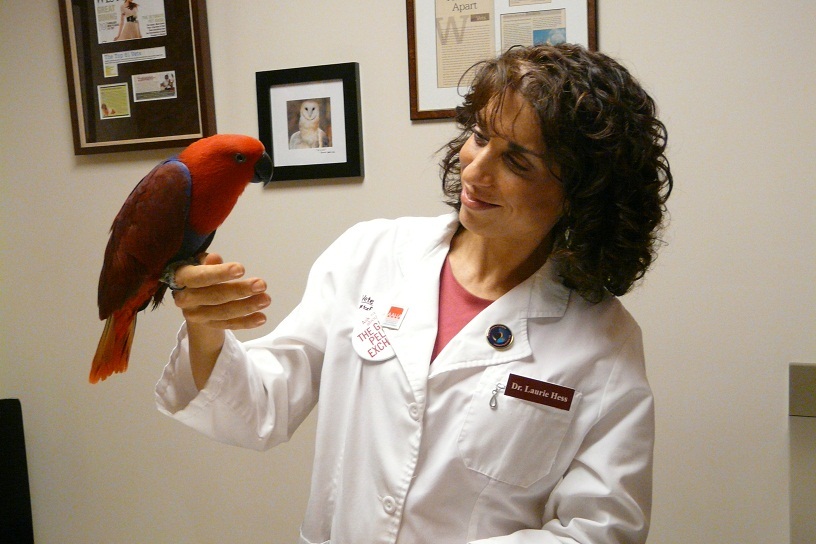 Dr. Hess has lectured both nationally and internationally and has published numerous articles and book chapters on birds and other exotic species. One of her special interests is exotic pet behavior which she speaks about regularly to both exotic pet owners and other veterinarians, worldwide. Using the principles of positive reinforcement training, Dr. Hess helps exotic pet owners deal with problem behaviors and modify behavior so that they are able to improve not only their relationship with their pets, but also the quality of their pets’ lives.