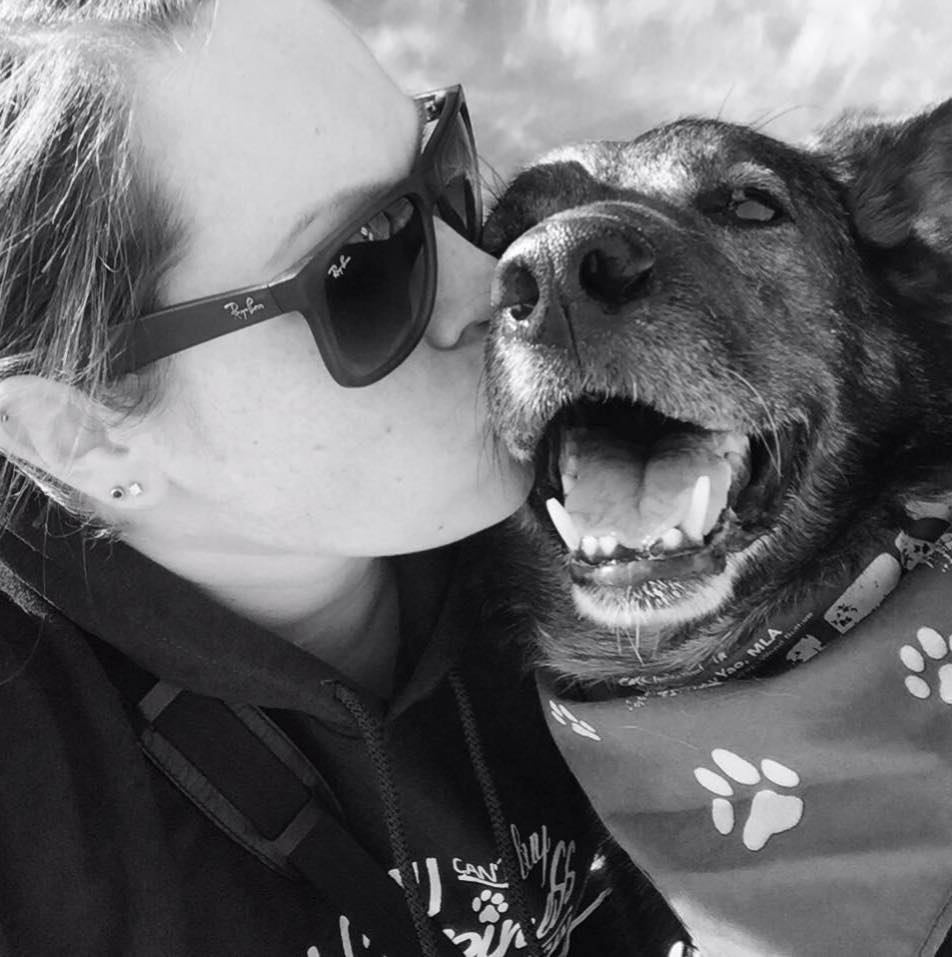 Kimberley’s passion for animals was evident at a young age. With being an only child, animals have always played a major role in her life. After adopting her former shelter dog, Rolo, who has Canine Epilepsy in 2011, she kicked her volunteering into overdrive. She has spent many hours volunteering at her local animal shelter as well as at events and doing promoting. She held a position on the board of directors for the FMSPCA (Rolo’s former shelter) from 2013-2014. Since Rolo’s adoption in 2011, she and Rolo have hosted their own fundraisers which they have been able to fundraiser & donate over $10,000(as of Dec 2014) worth of material & monetary items to Rolo’s former shelter.

In 2013, Kimberley was inspired to launch her own pet blog after being inspired by the life of her former shelter dog, Rolo. Rolo lived his life as a stray in rural Alberta. He was brought to the Fort McMurray SPCA by animal control, adopted out, brought back and waited for his forever home. June 23, 2011 his life changed! We adopted that shy, scared and quiet dog who had Canine Epilepsy! After many months of a routine, praise and treats, Rolo started to trust Kimberley. They have been able to accomplish so much together since his adoption and she is so proud of him. Rolo became a certified pet therapy dog (now retired), has been featured in magazines, newspapers, a calendar, a book and was on a radio show. Their bond is unbreakable and she couldn’t imagine her life without him.

Kimberley is originally from Merritt which is located in British Columbia, Canada but now finds herself living in the heart of the oil sands; Fort McMurray, AB, Canada with her husband, stepson & dog, Rolo. She and Rolo blog every weekday for their pet blog:  confessionsofarescuemom.com