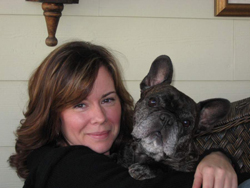 Kim Alboum is North Carolina state director for The Humane Society of the United States. Prior to joining The HSUS in October 2009, she was a vice president with Willis HRH, a large employee benefit broker consulting company.

Alboum has broad experience working for animals. Since 2005, she has served as volunteer coordinator and later as a board member for the Puppy Mill Awareness Day Organization, founded to raise public consciousness of the cruelties associated with mass production puppy factories. The organization initially focused on Lancaster County, Pa., notorious for its large number of backyard breeders, and then expanded to address puppy mill concerns nationwide.

Her volunteer responsibilities also include tracking dog breeding legislation and cruelty laws in Pennsylvania, North Carolina and other high volume puppy mill states. She secures and fosters relationships with the Pennsylvania Dog Law Advisory Board and the Governor’s Office, monitors puppy mill busts and prosecutions, and  provides follow up support if further actions are required.

As community liaison for the French Bulldog Rescue Network, a national group with more than 500 volunteers, Alboum works with shelters and the rescue community to educate the public on breed specific issues. The role also involves working with shelters and law enforcement across the country when French Bulldogs are involved in puppy mills seizures, hoarding cases, or animal cruelty issues.