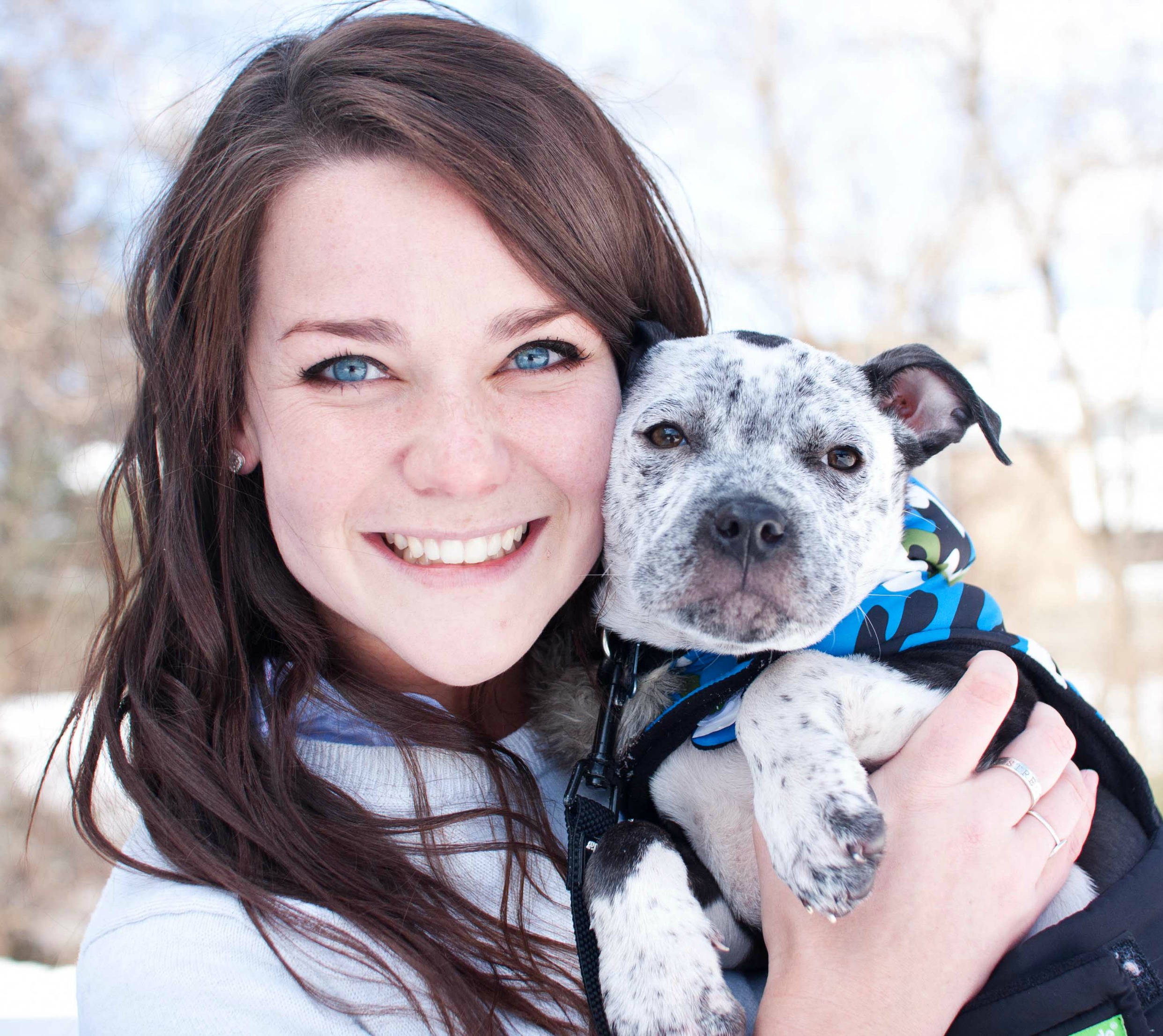 Juliana Willems KPA CTP is a senior trainer with Dog Latin Dog Training in Washington, D.C. Since graduating from the Karen Pryor Academy in March 2014, Juliana's focus with training has been towards behavior modification for reactive, rambunctious or anxious dogs.

Juliana's interest in training started when she began fostering shelter dogs in 2011. It was clear that in order to improve their transitions between homes and help them become more adoptable she would need to learn how to best communicate with the dogs. That's when she realized the impact positive training could have on an animal.

Juliana joined the Dog Latin Dog Training team in March 2013. She primarily spends her time doing private consultations with clients to address behavior issues, but also teaches a puppy class for socialization and basic manners. She has coached a reactive dog class at Your Dog's Friend in Rockville, MD and regularly presents training and behavior seminars to new adopters, fosters and rescue groups in order to spread positive training and improve the human-canine bond. It is always her goal to empower dog owners to build relationships with their dogs based on trust, mutual respect and positive reinforcement.

In addition to her private clients, Juliana uses her knowledge of training and behavior to work with shelter dogs. She creates and implements training plans for common behavior issues that dogs experience while housed in a shelter environment.  She has deployed as a Humane Society of the United States volunteer, doing enrichment, basic training and counter conditioning at a temporary animal shelter for victims of dog fighting.

Outside of dog training, Juliana has been working in nonprofit development since 2011. She is currently the Manager of Special Events for the Animal Welfare League of Arlington, and was previously the Manager of Events and Marketing for the Montgomery County Humane Society.

Juliana graduated from the University of Maryland with a B.S. degree in Animal Science, which sparked her interest in the science behind training and behavior. She worked with horses and cows in college, but moved to companion animals after graduating.

While she is currently dog-less, Juliana has shared her home with foster dogs and, like many other shelter workers, considers the dogs available for adoption to be a little bit hers during their stay at the shelter.

Juliana writes about her experiences fostering and training dogs in her blog Peace, Love and Fostering (www.peacelovefoster.com).