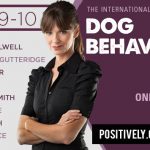 The International Dog Behaviour Conference is a global online event bringing together the most influential, progressive and inspirational pet industry experts with dog lovers, owners, trainers, and professionals from around the world. 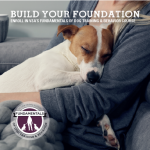 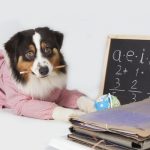 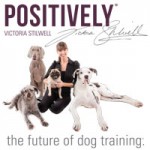 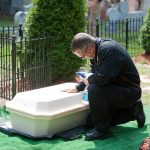 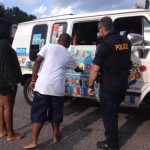 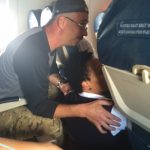 Our first class of students are past the halfway point in their Dog Trainer Course, registration is underway for VSA’s next US-based class this fall, and spaces are quickly filling up in our first UK-based class this September. And we’re just getting started! 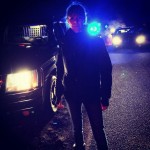 I’m writing this to clarify the events that led up to the bite I experienced from a police dog and to hopefully re-inject a bit of sanity into the online discussions surrounding the event. How can one expect the suits, whose business it is to look for ratings or financial success for their company, to stand up for the animals they're responsible for and take note of the thousands of voices that are telling them that what they are supporting is so wrong?

Dr. Paula Bloom joins Victoria and Holly in studio to talk through the aftermath of the Paris terror attacks and their effect on how we deal with it. Also discussed: Diesel, the French police dog who died while apprehending one of the terrorists, Holly’s recent interview with Dr. Ruth, and Paula’s troubling experience with Vegemite. 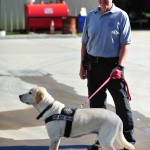 I first met Ember on an elevator at the Arson Dog Recertification I was filming in Baton Rouge, LA. She greeted me with a typical Labrador smile and a wagging tail. I chatted with her handler, Captain Ross Holt, about her battle with cancer and how brave she was through her chemotherapy treatments... At long last, I am thrilled to announce the official launch of the Victoria Stilwell Academy for Dog Training and Behavior!

Why I Don’t Use “Commands” In Dog Training I often find that people think using the word "cue" instead of "command" in dog training is just a semantic difference that doesn't have any implication on the training process. I disagree. Of Dogs and Men is a powerful new documentary that explores the recent surge in law enforcement officials shooting dogs. I had to chance to chat with Director Michael Ozias about the film, and what went on both behind and in front of the camera.

What To Do When a Dog Hates Being Contained 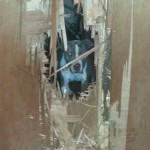 Some dogs may whine, cry, or bark in the crate, while others may go so far as causing real damage to a crate or a room. This type of behavior is often attributed to separation anxiety. But is that always the issue? Here are some training tips for dogs that don't do well being contained. 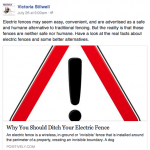 People know they get great information from my Facebook page and my site and I will never abuse that trust. Thanks to everyone who stood up for the freedom to speak the truth and not be squashed by powerful commercial entities or individuals that want to cover up the truth and silence those of us who speak out. When Allison Marks dropped off Colby, her 2-year-old Golden Retriever, for a routine grooming, she never could have imagined the tragedy that would ensue. 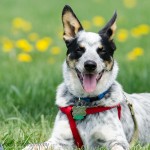 If I had to think of an example of a dog that was truly "balanced," it would be a dog that - regardless of age, breed or drive - was confident, had been guided into making the right choices, and was allowed to think and learn without constantly being corrected.

Not All Dogs Are Born To Run I'm a huge proponent for giving your dog proper exercise. As a dog trainer and pet behavior expert, I see firsthand the negative consequences that ensue when dogs aren't adequately exercised both mentally and physically. But the reality is that not every dog is born to run.