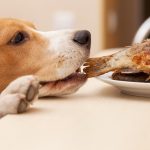 Some pups would bark “bah humbug!” if they could. They just don’t appreciate the Christmas spirit. 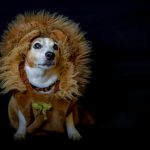 It’s scary. And you’re not alone - over 4.2 million dog-owning households and nearly two million cat-caretakers will be treating their furry companions to ghoulish goodies and ghoulish toys this Halloween, according to the National Retail Federation (NRF). Also, according to the NRF, pet “moms” and “dads” will spend over $440 million on Halloween. That’s Read More 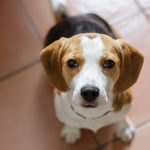 No one wants their pets to feel afraid – even on Halloween. The good news is that you can do something about it, which is what the international Fear Free initiative is all about. Delta Airlines is banning service or comfort dogs identified as pit bulls. According to Delta’s own website: Delta, which led the industry in March by updating its service and support animal policy, says it will further enhance its restrictions, effective July 10. The enhancements include introducing a limit of one emotional support animal per customer per Read More

Fourth of July and Fireworks 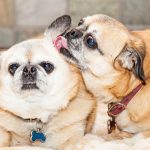 It’s not that dogs aren’t patriotic, but many dogs, and also some cats are terrified of the loud and sudden bangs we call fireworks. It’s actually adaptive to be hard-wired to be afraid of sudden loud sounds. We jump at such surprising sounds, and we might also run the other way or hide if we Read More

From Fearful to Fear Free Does it surprise you to know that too much fear, anxiety or stress can cause health problems in dogs? Some dogs are terrorized frequently, such as attending inappropriate aversive dog training classes, or even a sick dog who needs to see the veterinarian frequently. Some caretakers have no clue their dog is even fearful. “From Read More 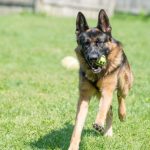 As the urbanization sprawls reach into places with wildlife, confrontations are more numerous, from skunk to coyotes to moose. Sometimes these confrontations may be potentially dangerous to us, but more often potentially dangerous to companion animals – unless we make a few easy adjustments. Arguably the most successful of all non-bird species is the coyote. Read More 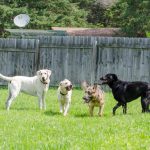 The line that dogs have gone from the dog house into our house isn’t exactly true. Dogs have not only shared our homes, but our sleeping quarters for a very long time, around 14,000 years to be exact. The human-animal bond isn’t a new thing. It turns out that 14,000 years ago we were buried Read More Limiting animals allowed on airplanes. This was bound to happen and has begun with Delta Airlines because so many people are taking advantage of the Federal Americans with Disabilities Act (ADA) regarding service animals. The law is a bit ambiguous because when the ADA was created the terms comfort animal or emotional support animal (ESA) Read More 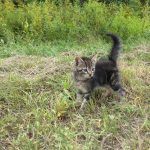 If cats are likely to live longer and healthier lives indoors – why are we still allowing them outdoors? Surprise, living indoors – though – has shortcomings too. Sixty years ago, indoors vs. outdoors wasn’t an issue. Most cats could come and go as they pleased. It wasn’t welfare issues that changed their world, encouraging Read More Betty White recently celebrated her 96th birthday. Privately, she’ll tell you that she’s glad she became an actress because she loves her work, but also because it’s given her a platform to advocate for animals. And, boy, does she adore animals, and she been advocated for animals – both wildlife and pets for about as Read More

Baby It Is Cold Outside 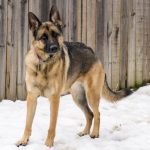 To some dogs, the weather outside may be frightful. Other dogs my delight to romp and play in snow and ice, and how can you blame them? After all, Malamutes and Siberian Huskies live for the snow and cold. On the other paw, Toy Poodles would hop on a plane to Hawaii if they could, Read More

No Need to Declaw 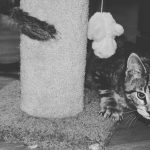 Saving cats claws may also save their lives. There’s increasing data to demonstrate that once declawed, cats wind up at animal shelters due to behavioral problems. Or they may wind up in animal shelters because they do have their claws and are scratching in all the wrong places. To declaw remains an emotional issue, and Read More 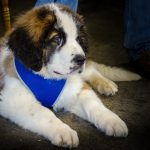 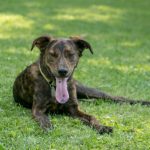 “Are the conditions in Puerto Rico as bad as we’ve heard and seen? Terrie Hayward, certified dog behavior consultant and dog trainer in Rincon doesn’t hesitate for a half a second. “Yes, it is – desperate.” Prior to Hurricanes Maria and Irma impacted pummeling the island, life wasn’t easy, as residents were dealing with serious Read More 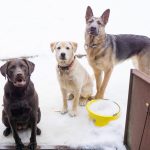 California appears set to ban sales of dogs, cats and rabbits at pet stores, just as hundreds of communities and some counties have done around the country. The California bill is aimed at changing how cats, dogs and rabbits become family pets, and has cleared the California Senate Business, Professions and Economic Development Committee with Read More

Why Not Vaccinate For Dog Flu Veterinarians have long been supportive of vaccinating social dogs against the general term we call “kennel cough,” associated more specifically with canine infectious hepatitis and respiratory disease/adenovirus type 2; canine parainfluenza virus (Not be confused with dog flu with is canine influenza virus) and Bordetella bronchiseptica. In fact, veterinarians have been vaccinating social dogs to protect Read More 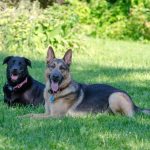 Veterinarians assumed, based on symptoms, it was the dog flu that is still spreading through Bozeman, MT. And it’s happening in epidemic proportions. Imagine over 200 sick dogs in a community of 40,000 people. Dr. Jarrod Moss in Bozeman estimates that that 20 percent of community’s dogs became ill, and some died. Moss says, “I Read More 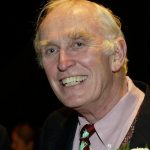 Raymond Coppinger, 80, professor emeritus of biology and author of various books on dogs and about 50 published scientific papers passed away Monday, August 14, His Ph. D. thesis in biology at the University of Massachusetts is on the effect of experience and novelty on avian feeding behavior. He joined the founding faculty at Hampshire Read More

Wolf In A Dog I am sick of seeing commercials, print ads and even suggestions made on pet food packaging itself, about caring for the wolf in your dog. There isn’t as much of the wolf in your dog, at least advertised. In fact, there is very little grey wolf in any domestic dog! Several studies, including one from PLOS Read More

The Fireworks Have Begun

The fireworks have begun, now what? Yes, I know you realize that by thinking in advance more might have been done to help your scared dog or cat. At this point, obviously anti-anxiety medication taking weeks to kick in won’t help. And it’s exceedingly unlikely that a gradual counter conditioning and desensitization program to the Read More 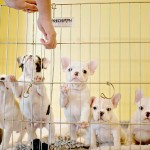 California may be the first state to ban the sales of dogs and cats from pet stores. Lawmakers voted 44-6 to send the measure to the California state Senate. The bill from Assemblyman Patrick O'Donnell (D-Long Beach), notes that he is aware of that no responsible breeder ever sells to a pet store, and that Read More

Lyme is Spreading in America Lyme disease is spreading in America. In fact, veterinary parasitologists refer to Lyme and other tick diseases as an epidemic. FACT: In most places where Lyme has been, it’s more abundant. FACT: In geographic regions with minimal Lyme; they are now seeing the illness far more often as it continues to spread. And it gets Read More 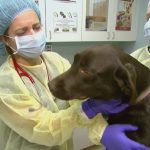 It’s nothing to sneeze at, an outbreak of dog flu affecting at least 11 states. After inundating Chicago with flu and bouncing around the country in 2015 into 2016, the H3N2 virus, which arrived from Southeast Asia, took a lower profile. Last month, the virus appeared on radar, and in a big way. The epicenter Read More

Lyme Disease: A Very Real Threat to People & Their Pets Veterinarians have known about the increasing instances of many tick diseases, including Lyme, for years. In fact, many veterinary parasitologists call the situation at epidemic or near epidemic proportions.

Raising Awareness About FIP in Cats “The time is now because we’re at a turning point, with an excellent understanding of the disease process,” says Gingrich. “So much has been discovered over the past couple of years. We’re so close. But still so far.”

What You Need to Know About Toxoplasmosis Should you be concerned about toxoplasmosis in your cat? Steve Dale debunks common myths about the disease and where the real concerns lie.