Does Inappropriate Urination Make Your Feline Friend a Cat From Hell? 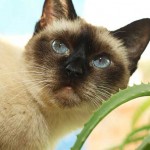 A cat that urinates outside the litter box can be a nightmare. But often times, this inappropriate behavior is caused by an underlying medical condition.

Nose Jobs and Facelifts for Dogs on the Rise

Yes, your pet could be affected by vaccinosis. Yet, not all pets that receive vaccinations will develop any form of Vaccine Associated Adverse Event (VAAE) or vaccinosis.

Dr. Patrick Mahaney discusses vaccinosis and Vaccine Associated Adverse Events (VAAE). Learn how you can prevent your pet from these all too common reactions.

Does your dog ever behave in what appears to be a jealous manner when you interact with a friend’s canine companion? How about his behaviors around toys or food? Does your dog suddenly become more interested in his playthings or meals in the presence of another pooch? I have certainly seen my own dog, Cardiff, Read More

New and emerging pet toxicities are a topic I always find intriguing in the realm of veterinary medicine. After all, I’ve treated my fair share of unusual toxic exposures while working in emergency veterinary hospitals and also in my own Los Angeles-based holistic house call practice. I have treated poisonings from dietary supplements, marijuana and Read More

I’ve been working as a house-call veterinarian in the greater Los Angeles area since 2008. Having done general and emergency practice in a variety of hospital settings, and in multiple states (D.C, VA, MD, WA, and now CA), I've happily discovered that providing veterinary medicine on a house-call basis best suits my holistic perspective to Read More

‘All American Dogs’ at the 2014 Westminster Kennel Club Dog Show

As reporter on the happenings at the Westminster Kennel Club Dog Show for five years running, I look forward to wearing all my best winter clothes during my time in New York City for the series of events (business networking, attending dog fashion shows, and more) surrounding Westminster. This year I had the privilege of Read More

A Veterinarian’s Experience with Treating His Dog’s Cancer

In late 2013, an ultrasound revealed that Cardiff had a small intestinal mass. Surgery was performed to remove the growth and the biopsy revealed the diagnosis of T-cell lymphoma. Although the tumor was completely removed and no other evidence of cancer was found in Cardiff’s body, the potential exists that other cancer cells could still Read More

So, my dog Cardiff has cancer. My own pooch, who has overcome three bouts of Immune Mediated Hemolytic Anemia (IMHA) in his nearly nine years of life now has a fatal disease. If you’re first reading of this, I started the chronicle of Cardiff’s cancer journey in my last petMD Daily Vet article,Can a Veterinarian Treat His Read More

Can a Veterinarian Treat His Own Pet?

We veterinarians are very familiar with the process of guiding our clients through the diagnosis and treatment of illnesses as a daily event in our veterinary practices. Yet, what happens when a veterinarian’s animal becomes sick? Do we choose to manage the case by ourselves or do we defer to others out of our lack Read More

In striving to keep things merry and bright and this holiday season, I've decided to feature the top five photos of my veterinary acupuncture patients from 2013. Not many people get the chance to see what it's like for pets to have acupuncture, so I frequently photograph my patients during their treatment process. Actually, quite Read More

Have You Been Bathing Your Pet with a Cancer Causing Shampoo?

We all want the best for our canine and feline companions, but sometimes we owners may unknowingly be sickening our pets. One of the most glaringly obvious circumstances where pets were sickened or died as a result of the recommendations of animal-health professionals is the 2007 melamine pet food crisis. Dogs and cats that consumed dry Read More

Recently, reports of what seems to be an emerging virus have come from multiple states, including California, Michigan, and Ohio. As of October 3, 2013, circovirus has been confirmed in two dogs that have died in Ann Arbor, Michigan. Another four dog deaths in Ann Arbor are suspected to have been in part due to circovirus related illness.

According to CBS Local San Francisco, there have been multiple reports of illness and even death in dogs that consumed meatballs tainted with strychnine, a common ingredient in rodent poison, that have been dispersed on city streets since early July 2013.

Residents of the Twin Peaks and Diamond Heights neighborhoods have been on high alert after the source of the toxicities was discovered, as it’s unclear if all of the poisoned meatballs have been recovered.

Have you heard of the plague? It’s not a disease that we modern day dwellers frequently consider, but it still exists and could potentially affect your pet.

The plague is a disease caused by a bacterium called Yersinia pestis. According to the Centers for Disease Control (CDC):

Humans usually get plague after being bitten by a rodent flea that is carrying the plague bacterium or by handling an animal infected with plague. Plague is infamous for killing millions of people in Europe during the Middle Ages. Today, modern antibiotics are effective in treating plague. Without prompt treatment, the disease can cause serious illness or death. Presently, human plague infections continue to occur in the western United States, but significantly more cases occur in parts of Africa and Asia. 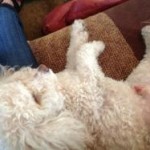 As a sole practitioner with my own Los Angeles-based holistic house call veterinary practice, I work a lot of long and unusual hours. I'm highly available to my clients nearly all day and into the night. As a result, short naps are often needed to keep up my better brain function and energetic state.

Recently, I was just about to take an afternoon power nap when a text from a client came through with an attached picture. As I did not want to have an unanswered message dwelling on my brain and affect my sleep, I picked up the phone and laughed out loud when I saw the photo and associated text.

Cancer is a disease that we veterinarians are diagnosing more frequently in pets. According to the Morris Animal Foundation, “1 in 2 dogs will develop cancer and 1 in 4 dogs will die of the disease.” As there is no guarantee for a cure, we should strive to prevent our pets from developing cancer in the first place.

Are You Poisoning Your Companion Animal by Feeding ‘Feed-Grade’ Foods?

In my holistic veterinary practice, I’m continually striving to educate my clients that by feeding their pets "nutritionally complete and balanced" dry or canned food, they may be involuntarily providing a daily dose of toxins that otherwise unlikely to appear in foods consumed by humans. With this knowledge, I challenge them really consider why they are feeding pet foods containing “feed-grade” ingredients in the first place.