Do Some Dogs Need a Heavier Hand? 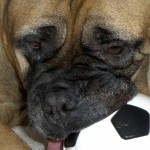 It never fails—someone always says it. In a recent online discussion about a trainer known for using less-than-gentle methods, someone made a comment that sounded a lot like this: “Positive training is fine for smaller dogs and puppies, and maybe even some adults, but there are some dogs that need a heavier hand.” Really? Because that sounds an awful lot like justification for jerking, yanking, shocking, and other things done to dogs in the name of training.

What you Don’t Know about Bloat can Kill your Dog

How much do you know about canine bloat? It’s a life-threatening condition, and yet many dog owners don’t even know it exists. Bloat is also known as GDV, or gastro dilation and volvulus. Gastro dilation refers to the dog’s stomach filling with air or food, and expanding. Volvulus, which occurs as well in many cases, is Read More

Let me start off by saying that neither my husband nor myself are athletes, or even what you would consider “spring chickens.” In fact, the AARP seems to have recently taken a real interest in us. (Retired? What’s that?) And yet we have two young, energetic northern breed mixes who came complete with serious exercise Read More

The Challenge of Separation Anxiety

Canine behavior specialists deal with fear issues, aggression issues, and everything in between. Most would agree, however, that separation anxiety can be one of the most difficult behavior problems to solve. Not only do separation issues present in challenging ways and sometimes to a severe degree, but the success of any rehabilitation program depends largely Read More

Don’t Take Their Word for It

Picture this: you’re walking your dog at the park when you spot another dog and owner coming toward you. There’s something about the dog that gives you pause. You can’t quite put your finger on it, but that little inner voice is saying, “This is not a dog you want your dog to greet.” As Read More

“I can’t believe he snapped at that dog!” “She nipped me. She’s never done that before!” These exclamations come from owners of dogs who had never before acted in an aggressive manner. What caused these dogs to act out in such a way? Many things can cause dogs to become reactive, of course, but in Read More

Practice Makes Perfect–Aggression, That Is

Sierra and I had a pleasant play date at the park this morning with a friend and her adorable Corgi. We arrived early and had the place to ourselves, as is our habit, but after thirty minutes, other dogs began to arrive. Sierra loves to play. She was soon happily racing around with an Australian Read More

In the late 1970s, I was living in Brooklyn, New York. Most weekends I could be found at a rock club called L’Amours, which featured local bands. Between sets, customers would mingle and have a few drinks. Each time a band was about to play, the management would broadcast a song that began, “Welcome back Read More 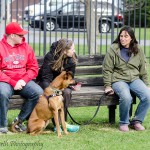 Serious behavioral problems can't be boxed into a specific time frame. So why should dog trainers offer guarantees that they can fix a behavior within a certain number of sessions?

Be Careful What You Reward

It’s no secret that dogs do what works. If a dog receives a treat or other valuable reward each time he lies quietly on his bed, he’s likely to lie there more often. Most dog owners would agree, “that which is rewarded is likely to occur more frequently.” And yet, as a trainer, I often Read More

Is Punishment Really a Quick Fix?

I’ve just gotten off the phone with a distressed dog owner. His year-old beagle has recently taken to barking at other dogs and people on walks, and has a long-standing habit of barking in the yard when left alone. After a bit of discussion, the man divulged that the dog had been wearing a shock Read More

The dictionary offers a few definitions for the word “extinction.” The first is, “the death or ceasing to exist of all members of a species or family of organisms.” That describes what happened to our hapless prehistoric friends. The one that applies to canine behavior is, “the decreasing or dying out of a behavioral response Read More