Position Description: The Positively Content Coordinator will manage the migration process for existing content from the current Positively.com website to a newly-redesigned version, identify areas of need for new content prior to relaunch, coordinate ongoing new content post-relaunch, and contribute new written content to the Positively ecosystem. This position will report directly to the CEO Read More

Buzzword: Enrichment (What Does That Mean?)

Enrichment, you can hear this word everywhere in the dog world these days. But what does it mean exactly? And do some enrichment activities create a different mental state than others?

What do the Beatles, Rolling Stones and Long Lost Family have to do with dogs? BAFTA winning radio and TV presenter, Nicky Campbell joins Victoria to talk all things music, TV, and most importantly, how dogs make the world a better place. 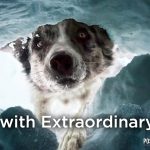 Victoria's latest TV series, Dogs With Extraordinary Jobs, premieres in the US on the Smithsonian Channel on Wednesday, June 30 at 8pm ET. 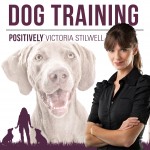 Obedience training has long been the accepted path to teaching dogs’ manners, but the concept of obedience might be doing dogs a disservice. Andrew Hale joins Victoria to go beyond the operant.

What is Free Work and how do dogs benefit? Dog behaviour expert Sarah Fisher joins Holly and Victoria to discuss how Free Work is changing dogs’ lives all over the world.

After a second ‘nipping’ incident in the White House, Victoria is joined by Veterinary Behaviorist Sarah Heath to discuss why some dogs like Major Biden show conflict behavior, and why understanding dogs’ emotional experience is the first step to helping them acclimate to new environments.

Is the dog in your home a genius and are some dogs smarter than others? Adam Miklosi, ethologist and founder of the Family Dog Project in Budapest, Hungary unlocks the canine mind.

So often we hear that 'bad dogs’ or 'aggressive dogs’ growl.  'Nice dogs’ don't growl, surely? Well, that's a bit like saying that only 'bad' people shout in frustration when someone drives inconsiderately and nearly causes an accident or only 'aggressive' people have disagreements with their partners/ family.  For some reason, it’s considered normal and Read More

'That's cheating!’  ‘That’s cheating!’.  I looked up to see a man shouting over to me.  He continued: ‘When your puppy came back to you then, you gave it a treat.  That’s just bribing: they should do things because they want to please you.’  He walked off saying: ‘A pat on the head should be enough’. Well, Read More

Knowledge is a fluid thing. We move forward regularly, only to move backward again, when inaccurate information becomes suddenly becomes popular. We can only continue to continue to educate, with the hope that our parroting of the facts, helps said facts to remain solidly in the public eye. So here we are back in the Read More

Dogs share a common ancestor – the wolf – but how did wolves turn into dogs and what can we learn from wolves that might help us with the relationship we have with our dogs? Behavioral scientist Clive Wynne joins the podcast to talk about the similarities and differences between dogs and wolves.

Aggression is a serious behavior issue that is all too common in our domestic dogs. Aggression expert Michael Shikashio joins Victoria and Holly to talk about why dogs aggress and what dog lovers can do about it.

Episode 831 – How to Treat Separation Anxiety

Why do dogs become anxious when home alone and how can this be prevented? Dog trainer Lisa Waggoner joins Victoria and Holly for this podcast on a common behavior problem that is hard to treat.

Do people respond differently to Pitbull type dogs? Holly and Victoria are joined by Heather Paul to start off this new year of podcasts to explore how people react to their dogs when out in public.

Advocating for Animals – Victoria and Holly are joined by actor and animal activist, Peter Egan to discuss dogs, moon bears and how animals can make us more compassionate human beings. 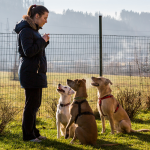 Since It’s Me or the Dog first aired back in 2005, I have received thousands of emails, letters, social media messages and phone calls from dog lovers around the world who saw me working with dogs on TV and wanted to do the same (but usually not on TV). 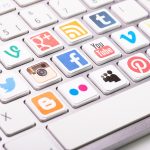 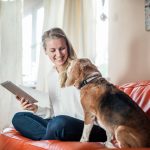 “R-E-S-P-E-C-T, find out what it means to me.” In the film ‘The Blues Brothers,’ Aretha Franklin sings about her need for some respect. The words of the song are as applicable today in human relationships as they were then, but what does the word actually mean? 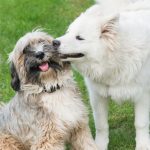 I’ve only ever had female dogs. This has never been a conscious choice on my part, I just fell in love and adopted dogs that happened to be female. I don’t know if things would be any different if I had a male dog in the house, but people often ask me what the behavioral differences between male and female dogs are and if gender either influences or suits one lifestyle over another. 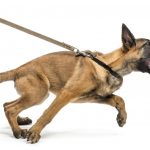 Do you have a dog that becomes restless in certain situations? Does she bark, whine, urinate, defecate, or vocalize inappropriately? Does she excessively lick herself, spin in circles or chase her tail? Does she jump up at you or other people, lunge towards other dogs or run up and down the perimeter of your fence?

Today I Was Called a Snowflake 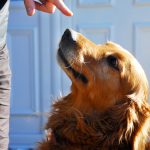 A new study led by biologist Ana Catarina Viera de Castro of the Universidae do Porto in Portugal reveals that shouting at dogs and using punitive methods to train them does short and long term damage, while using reward based methods yields better results both for learning and emotional health. 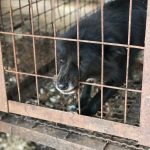 I won’t ever forget the faces that stared at me as I approached them; faces of dogs that had been subjected to a life of neglect and abuse at the hands of a cruel, relentless industry. 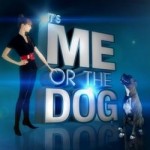 We all have dreams. For a long time, my two dreams were to be a good actor and to have the opportunity to make a living as a dog trainer. 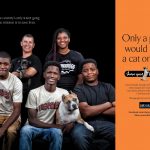 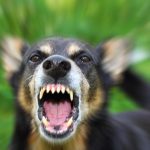 Aggressive dogs. What a trigger topic for so many! Humans, as a species, are so often attracted to danger. You see it in our hobbies and our choices of heroes. For many dog lovers, there is so often nothing more attractive than an aggressive dog. This scenario not only appeals to our nurturing instinct, but Read More