8 Reasons Why Birds Are Incredible 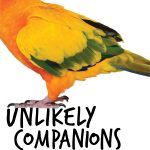 Birds are amazing for many different reasons, and National Bird Day is one day each year that we can acknowledge some of the reasons these creatures are so amazing. What makes birds so incredible?

Why You Should Consider Adopting a Guinea Pig 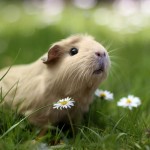 Pet guinea pigs can bond as closely to their owners as cats and dogs. March is Adopt a Rescued Guinea Pig Month – so if you’re thinking of a new pet, why not consider rescuing a rodent in need?

5 Reasons Why Exotic Birds Are Given Up, And How You Can Help Them 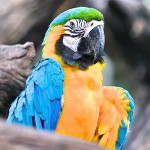 Why do so many parrots end up in shelters or have to be euthanized? Certainly, there are many reasons. But here are perhaps the top five... 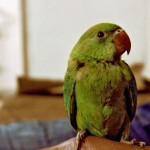 Holidays are generally a wonderful time for both people and pets but also may bring unanticipated situations. By abiding by the following “Do’s” and “Don’ts,” you and your exotic pet will hopefully have a happy, safe, and enjoyable time!

Disaster preparedness: how to get your exotic pet ready and out safely 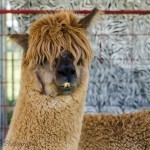 Tropical storms, earthquakes, hurricanes, fires, floods, mudslides – phenomena no one can be completely prepared for. Yet, with a little preparation, there are things exotic pet owners can do to be ready. 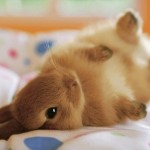 Want an interactive pet that’s not as demanding as a dog? How about a bunny? Rabbits make terrific pets in the right circumstances. February is adopt-a-rescued rabbit month, so if you’re considering a new pet, here are some reasons a bunny might be best... 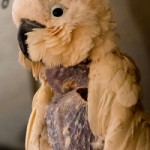 According to a recent study, men think about sex 18 times a day, while women think about it 10 times a day. Should we be surprised that most parrots that are raised in the wild in large very social flocks also are obsessed with sex? I recently attended the annual conference of the Association of Read More

Behavior enrichment for rodents: how to have a happier, healthier pet 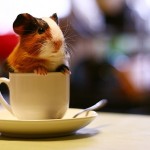 Enrichment is a big buzz word in the field of animal behavior. According to the Encarta Dictionary,” enrichment” is defined as “to enhance or improve the quality of something usually by adding something else to it.” Whether this term is applied to the behavior of a dog, cat, bird, fish, or other animal, the notion Read More

Problem Parrots and Progress With the Positive 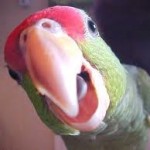 Birds are screaming. People are screaming back. Every spring, as the weather gets warmer and the days get longer, birds scream more. While some pet parrots scream every season, many scream more during spring when their hormones get revved up as they are looking to breed. Wild parrots scream, too. They scream at sunrise to Read More