Developing optimism involves many positive experiences, but also fair challenges (so the dog can practice successfully stretching its comfort zone, working through manageable difficulties and recovering from failure to try again). 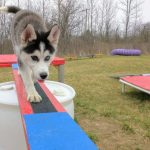 In some of my other worlds, parenting and school teaching, the idea of Growth vs Fixed Mindsets has taken off. You can read more here, but in a nutshell, you avoid labeling children as smart or not smart. You look for and acknowledge behaviours like effort, persistence, thoughtful choices, small steps taken and achieved; and Read More 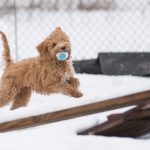 I have a car. I love my car and I look after it well. I drive it carefully, clean it, get it serviced regularly and always enjoy looking at it and driving it. The thing is…I really know very little about how it works. I can check the water and oil and top them up. Read More

Your puppy is not a blank slate 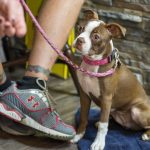 Beyond the Fairy Tale

And they all lived happily ever after… I’m a sucker for those stories too. I love to see the heroes and heroines overcome adversity and wander off into the sunset for their fabulous forever. Sadly we all know that happy ever after is just a fairy tale ending to a fairy tale. Neither are real, Read More

Are you teaching or testing? 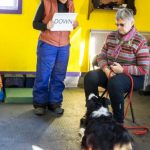 They aren't the same thing. Testing MEASURES what the learner knows/ can do. Test: measure; check the quality, performance, or reliability of something; reveal ... capabilities by putting them under strain; evaluate the abilities, aptitudes, skills, or performance of an individual or group.  A test asks your dog the question; what can/ will you do right now in this situation? Read More

What Are You Teaching Your Dog? 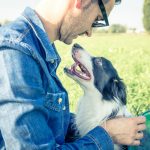 That 'training sessions must be huge, long and totally organised' way of thinking is what STOPS a lot of us training at times, so what can we do to clarify and simplify the whole training thing? 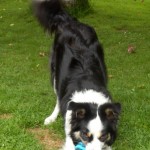 Raising my puppy has been hard work. It has also been well worth the effort.

The Many Gifts of Sharing Your Home with a Dog 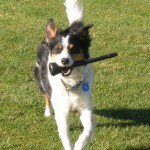 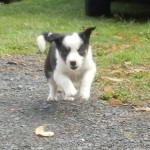 Like a child, your pup’s early experiences are the foundation of their future. You are literally BUILDING your puppy’s brain. Do it thoughtfully, but also patiently and lightheartedly.

The Problem with the “Pack Leadership” Mentality 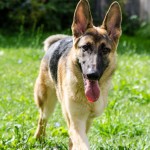 The "pack leader" label just won’t seem to die a natural death. Instead of analyzing why people are so attached to being pack leaders, I decided it would be easier for me to uncover why I dislike it so much. Here is my interview with myself. 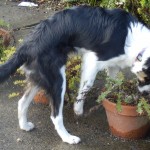 Information seeking behavior in dogs has many forms. Every dog can help us to become better trainers if we adapt what we do to help them learn. So... what is your dog asking? 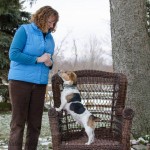 There’s a lot of negative talk about using food in training. Even when people are prepared to use it in a class or at home, they often refuse to carry it when taking the training 'on the road'. Comments include; it’s bribery; I want the dog to work for me; the dog ‘knows’ what I Read More 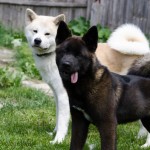 The great R+ trainers see the fine details, so they see training opportunities in every problem. They are CREATIVE! The rest of us need to learn to do this too.

The internet is full of simple recipes to follow to help people change their dog’s behavior. However, as the great trainer Bob Bailey says, “Simple is not easy.” “No plan survives an audience.” When you accurately follow instructions with technology it usually performs as expected. Living creatures aren’t like that. You know what ‘should’ work Read More